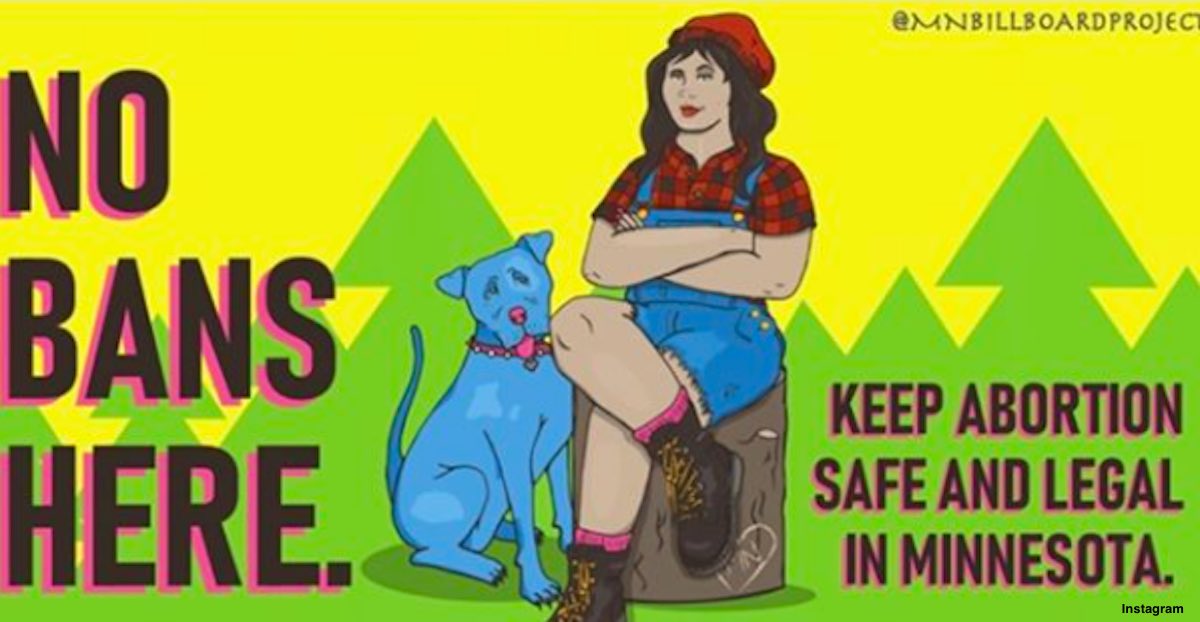 Pro-life billboards across America are known for the messages of hope, compassion, and truth about the value of human life in the womb. But now, a small pro-abortion group in Minnesota is attempting to counter pro-life messaging by plastering their own roadside billboards containing messages promoting abortion.

Pro-life Across America is an organization dedicated to helping mothers to obtain resources, and to humanizing preborn babies through education on fetal development to fight the abortion industry’s lies. The non-profit, non-political organization has four star rating of over 91% on Charity Navigator. Their testimonials illustrate the important role these boards have had for some women who chose life for their babies.

But some in Minnesota can’t stand seeing the pro-life message so prominently displayed in their community. “I’m really frustrated with the amount of anti-choice billboards going up,” said Kristin Brietzke, a government worker, according to City Pages. Intolerance of the pro-life message in the public square is an attitude common among abortion activists today, as evidenced by efforts to pressure Google against giving pro-life pregnancy resource centers equal space in response to searches for keywords like “free pregnancy test” or “pregnancy symptoms.”

Brietzke and Kelly Searle, an assistant professor at the University of Minnesota, started Minnesota Billboard Project, a pro-abortion advocacy group. Their billboard project aims to counter the success of pro-life billboards by raising money to commission a series of pro-abortion billboards, which they plan to roll out at the Minnesota State Fair.

A post shared by Minnesota Billboard Project (@mnbillboardproject) on Jul 9, 2019 at 4:59pm PDT

Perhaps you’ve seen the massive signs that say “A baby is a baby, born and unborn” or “I could smile 12 weeks from conception.” Or Brietzke’s least favorite: “Real men love babies.”

“Real men have conversations with their partners about sex and reproduction,” Brietzke says.

A friend, University of Minnesota assistant professor Kelly Searle, feels the same way. There can be something obnoxious, even aggressive, about these ads. They’re huge, take up public space, and sometimes even contain shame tactics or misinformation about pregnancy and abortion.

While pro-life billboards often contain facts about fetal development (oh, the “shame tactics”), the pro-abortion draft billboard designs have the usual misleading pro-abortion rhetoric and messaging. “Pro Human. Pro Family. Pro Choice,” reads one billboard design, in an apparent echo of the absurd claim by former Planned Parenthood president Leana Wen that abortion is “pro-family” and even “pro-life” (never mind the 320,000 babies the organization kills each year). Another asks passersby to “Keep abortion safe and legal in Minnesota,” ignoring the risks of abortions to women, not to mention the fact that abortions are never “safe” for the preborn baby, whose heart starts to beat as early as a mere 16-21 days after conception.

A post shared by Minnesota Billboard Project (@mnbillboardproject) on Jul 9, 2019 at 5:10pm PDT

Another billboard concept proclaims, “Abortion is Healthcare.” The truth, which abortion activists try so hard to obscure, is that abortion is a violent act which even abortionists admit takes a human life. Abortion is simply never medically necessary, a fact reinforced by over 1,000 healthcare providers who signed the Dublin Declaration.

These pro-abortion billboard activists are presenting a misleading message, one that refuses to acknowledge that in every pregnancy there exists at least one human life in the womb. For years, pro-life activists have used in billboards to proclaim a message filled with hope, encouragement for women experiencing unplanned pregnancies, and the truth about sanctity of all human life.