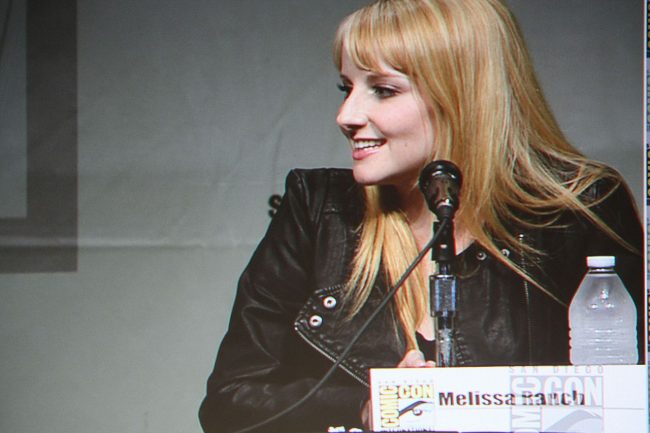 Melissa Rauch, one of the stars of the CBS sitcom The Big Bang Theory, has announced her second pregnancy with her husband Winston. At the same time, she reflects on the loss of their first child due to miscarriage. The actress, whose Big Bang character has been leaning pro-life in her own pregnancy, shared in a personal essay with Glamour magazine the pain that miscarriage caused her.

“The miscarriage I experienced was one of the most profound sorrows I have ever felt in my life,” she wrote. “It kickstarted a primal depression that lingered in me. The image of our baby on the ultrasound monitor – without movement, without a heartbeat – after we had seen that same little heart healthy and flickering just two weeks prior completely blindsided us and haunts me to this day. I kept waiting for the sadness to lift…but it didn’t.”

Admitting that she has been “terrified” of another miscarriage, Rauch said she feels strange to even announce the pregnancy and guilty that there may be a woman out there struggling with pregnancy loss who could be hurt by her happy news.

“[…] all I could think about was another woman mourning over her loss as I did, worried she would never get pregnant again, and reading about my little bundle on the way,” she said.

Appearing happy and sharing in joyous moments didn’t mean that Rauch had moved on from her miscarriage. While life went on, she says that “heartbreak was always lurking.”

“Inescapable reminders, like the unfulfilled due date, came around like a heavy cloud,” she said. “A day I had once marked on my calendar with such excitement was now a memorial of a crushed dream. I was constantly wishing that the feeling of being desperately lonely in my own body would dissipate.”

Since miscarriage is a topic many people are uncomfortable discussing, Raunch spent a lot of time telling herself to get over it. However, she realized that since no one talks about miscarriage there really isn’t a set way to deal with the loss.

“You’re not necessarily going to a funeral or taking time off from work to mourn, but that doesn’t change the fact that something precious has been unexpectedly taken from your life,” she explained.

Guilt was weaved in with her sadness as she wondered what she could have done to prevent the miscarriage. Rauch was sometimes so overcome with emotion that she would be unable to stop herself from crying uncontrollably – much of that fueled by hormones.

“In addition to the intense grief, the hormonal drop-off is something I was not prepared for in the least,” she wrote. “I wish I had known that this physiological response is an extremely prevalent and real component of pregnancy loss. In retrospect, it would’ve helped me to be aware that many women essentially go through a form of postpartum depression after a miscarriage, without a baby to show for it.”

When we see Rauch’s sadness and guilt over the loss of her preborn child and believe that women who have had abortions don’t have those same feelings, we are lying to ourselves. Countless women have abortions because they feel it is their only choice, so how many of them might be filled with even greater guilt than Rauch because they ended their children’s lives of their own free will? How many are being smothered by even deeper sadness at knowing that they could have a child in their arms, but they chose not to? How many are feeling that rush of hormones stopping them in their tracks and forcing them to wonder “what if?” What must the women who commit suicide after an abortion be feeling?

Post-abortion trauma is real. Post-abortive women do feel sadness and guilt and regret, and yes, even shame. For the abortion industry to cover this up means that they honestly don’t care about women. Instead of admitting that abortion can leave a permanent scar on a mother’s (and father’s) heart, they try to convince us all that abortion is liberating. They don’t bother to follow up with post-abortive patients to ensure they are healing emotionally or physically. They have the money from the abortion, and in the end, it’s just business to them.

Studies show that women who have abortions are six to seven times more likely to commit suicide. Symptoms of post-abortion syndrome can occur immediately following the abortion or even years later. Women may experience guilt, anxiety, avoidance of pregnant woman, depression, inability to bond with future children, eating disorders, alcohol and drug use, thoughts of suicide, and suicide. Abortion negatively affects the mother for the rest of her life. (Here’s more information on how.)

We congratulate Rauch on her pregnancy and wish her the best; her baby is due in Fall 2017.