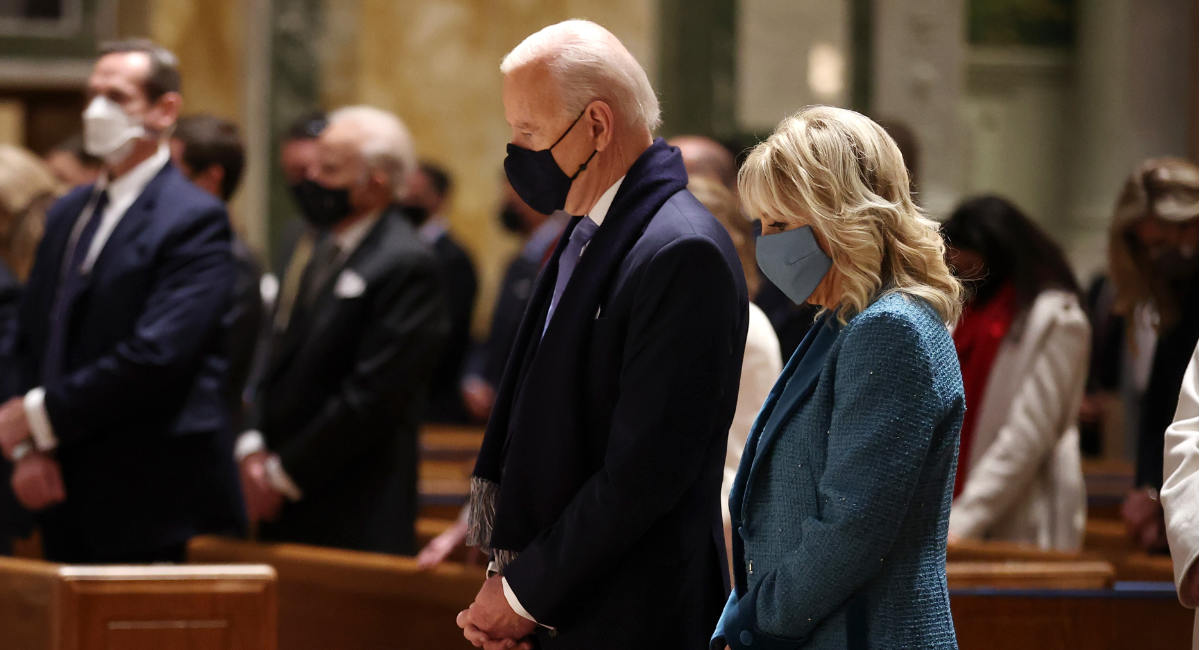 The Biden administration announced earlier this month that it was reversing the Trump-era “Protect Life Rule.” The rule, which was upheld by the 9th U.S. Circuit Court of Appeals in early 2020, enforced the Title X ban on any taxpayer money being used to promote or fund elective abortions.

Now the U.S. Conference of Catholic Bishops’ (USCCB) Committee on Pro-Life Activities has issued a statement from Archbishop Joseph F. Naumann of Kansas City, Kansas, condemning the administration’s reversal on the pro-life rule. Naumann said it is “wrong to allow taxpayer dollars to fund abortion providers who participate in a pre-pregnancy program specifically designed to exclude abortion.” The Catholic News Service reported on the history of Title X:

Section 1008 of the law states that “none of the funds appropriated under this title shall be used in programs where abortion is a method of family planning.”

In February 2019, the Trump administration implemented its rule to enforce Section 1008, and the rule was upheld by the 9th U.S. Circuit Court of Appeals Feb 24, 2020.

However, President Biden, a self-described Catholic, has veered from the church’s stance on this issue, and was only days into his presidency when he made the promise to reverse the pro-life rule. Naumann’s statement continued, “Abortion is not family planning. Abortion takes the life of an already-conceived and growing child. The violence of abortion wounds countless women physically, spiritually and emotionally.”

“Title X was intended and authorized to be a program entirely separate from abortion,” he added, “and it plainly states that ‘the funds authorized under this legislation (shall) be used only to support preventive family planning services, population research, infertility services, and other related medical, informational and educational activities.'”

The Alabama Baptist further condemned the reversal in an article about multiple pro-life policies, which are coming under attack at the federal level. Chelsea Sobolik, director of public policy for the Southern Baptist Ethics & Religious Liberty Commission (ERLC), said, “Some proponents of abortion once characterized it as ‘safe, legal, and rare,’ but now the U.S. House of Representatives, along with the Biden administration, are advocating for abortion on demand and, disturbingly, the use of federal funds to pay for it,” said “It should grieve our consciences to see such radical steps being made to expand abortion access across our nation.”

Archbishop Naumann added that the new policy from the Biden administration is “terrible policy,” and said it “would reintegrate abortion into what is supposed to be a pre-pregnancy family planning program,” noting that the Trump-era rule “draws a bright line between abortion and family planning.”

Meanwhile, the National Catholic Reporter reported that Biden will meet with Pope Francis at the White House later this month. While Pope Francis has not indicated he will get involved with ongoing debates on whether the president should be denied communion for his support of abortion, insisting the Eucharist should not be politicized, it remains possible the visit from the Catholic leader will strengthen this debate, especially in light of the recent reversal of the pro-life rule.