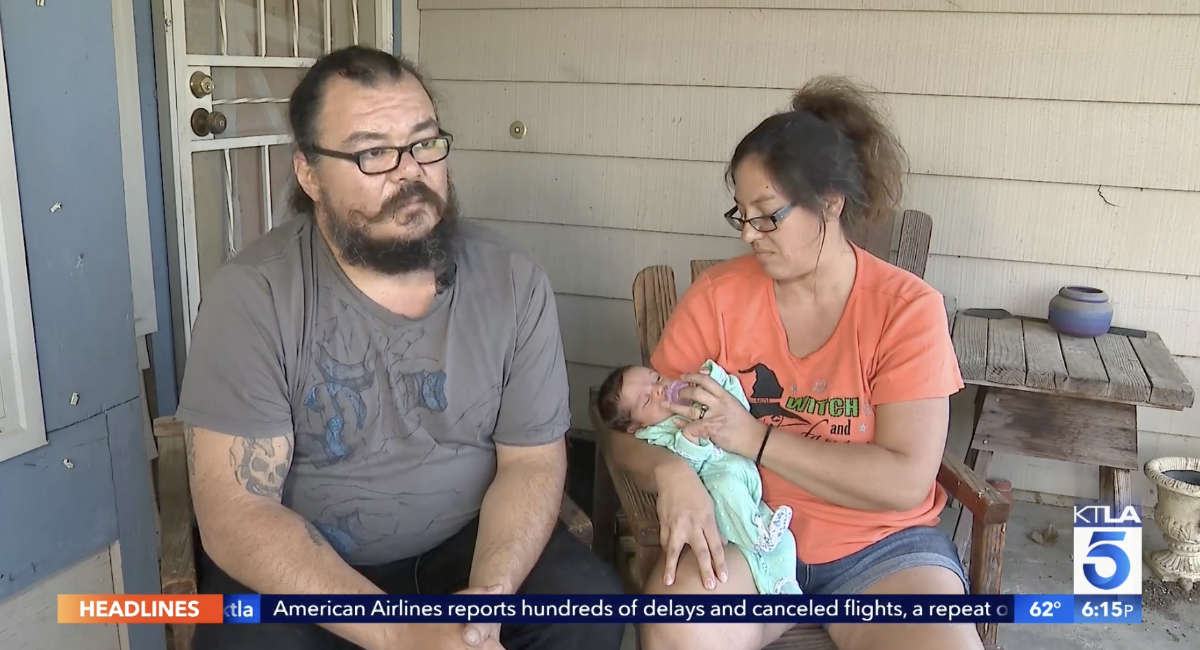 A California man is alive today because of the premature birth of his baby daughter. Jonathan Cedillo was already at the hospital for his daughter Juliette’s birth when he started getting intense shooting pains in his shoulder. He told KTLA that he initially shrugged it off thinking it was a wrestling injury, but in fact, he was having a heart attack.

In a press release, Riverside Community Hospital details that Cedillo arrived to pick up his fiancée, Vanessa Sandoval, and their daughter Juliette as they were being discharged from the hospital. As he arrived in the postpartum unit, his pain was so bad that he suddenly had to lie down, and briefly lost consciousness. The postpartum nurse immediately recognized that something was wrong, and ran to get a wheelchair to transport Cedillo to the emergency room.

Cedillo had been having the pain off and on for several months, and had even made visits to the chiropractor, attributing the discomfort to a wrestling injury. The night before his heart attack at the hospital, he had been unable to sleep more than 10 to 15 minutes at a time, and had made an emergency call to the chiropractor that morning to get adjusted. What he needed instead was a visit to the emergency room. Doctors immediately discovered that he was having a heart attack, and that he had a 100% blockage in one of his arteries. “Had Jonathan not been at the hospital when this occurred, he would have had permanent heart damage, or worse,” the hospital stated.

In fact, according to the hospital, all the pain that Cedillo had been feeling for weeks were mini heart attacks. “If I had not been in the hospital at that particular moment and they caught it, I would’ve just shrugged it off as just more pain from my shoulder injury,” he said.

“He probably would’ve passed away at the house, possibly by himself or even later that night,” added Sandoval.

Cedillo credits Juliette, who was born a month prematurely, for saving his life. “She was born a month early. It was like ‘I got to get out of here so I can save my daddy,’” he said. He also called attention to the fact that their initial delivery discharge was delayed. “If Vanessa and Juliette had been released from the hospital when they were originally scheduled to, I would’ve been at home when it happened, and I probably would’ve died,” he told USA Today.

After receiving treatment, he is doing well and says it’s all thanks to his baby daughter. “She saved me,”he said. “And I will be her sentinel and guardian for as long as I can.”