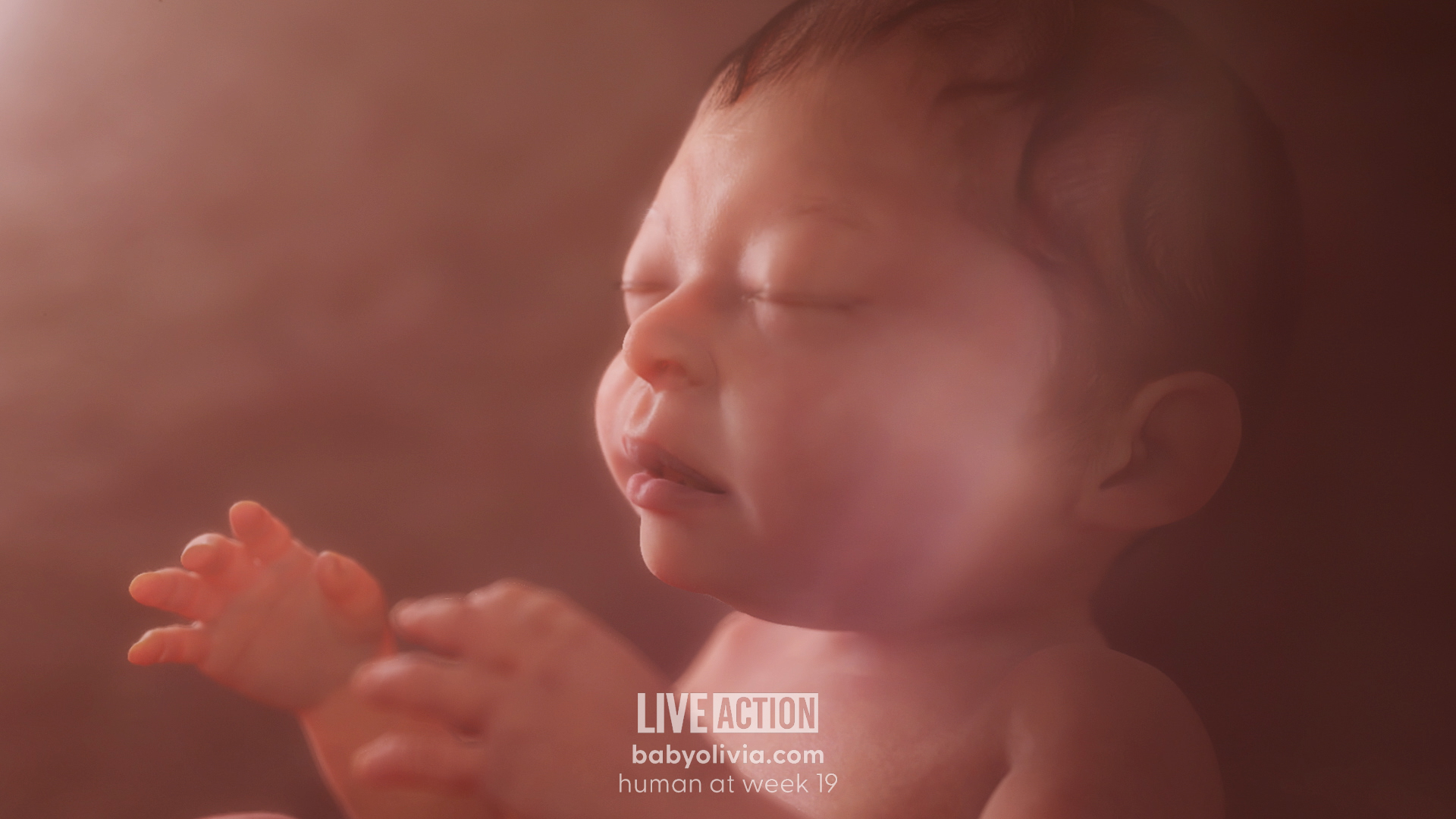 The second trimester, measured 12-24 weeks after fertilization (14-26 weeks gestation), is a time of great growth for the preborn child. While it is during this time that the mother’s “baby bump” becomes much more prominent, the child hidden inside her womb has already been developing for weeks at a rapid pace. Live Action’s “Baby Olivia” video gives us a one-of-a-kind peek inside these hidden wonders of the womb. Paired with scientific details provided by The Endowment for Human Development, the video allows us a chance for a close-up look at the intricate journey of the preborn child as she prepares to enter the world.

While the preborn child is undeniably human from the moment of fertilization, by the second trimester, she is clearly recognizable as a small baby. By 13 weeks after fertilization, she responds to light touch, and her teeth are starting to develop. Within the next several weeks, somewhere between 14 and 18 weeks, her mother will start to feel fluttering as the baby moves within the womb. This early movement is known as quickening. 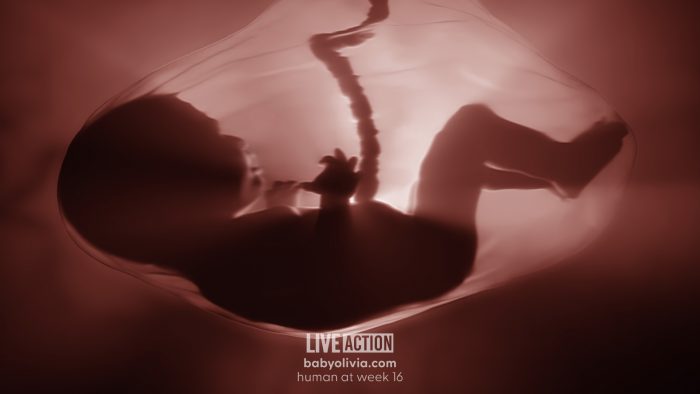 Baby at 16 weeks after fertilization

At 18 weeks, ultrasounds show that she has speaking movements in her voice box. This voice box movement mimics the movement of a baby’s cry after birth. By 20 weeks, her hearing starts to function, allowing her to respond to noises that she hears in the outside world.

At this point, her skin layers are fully formed and her bone structures are developed; if you saw her outside of the womb, you’d recognize her as a fully formed child. With the best medical interventions, it is possible for babies born at this stage to survive.

By the time the second trimester ends at week 24, the preborn child’s heart has already beat more than 30 million times, and she measures about 12 inches long.

Throughout the three months of the second trimester, the preborn child has done a tremendous amount of growing and developing, transforming from a tiny human weighing less than an ounce, to a child capable of life outside the womb. While she still has a lot of growing to do, the Baby Olivia video allows us to see the undeniable truth: preborn babies are fully and undeniably human.