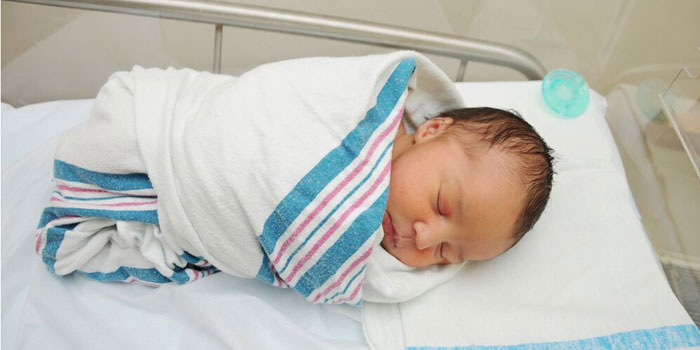 Yesterday, a pregnant woman showed up at Mississippi’s only abortion center, the Jackson Women’s Health Organization. This would have been a typical occurrence, had the woman not been so far along in her pregnancy that she went into labor and actually delivered her little girl in the abortion facility. The Clarion Ledger reports that the woman was “await[ing] an ultrasound to see how far along she was in her pregnancy.”

Ultrasounds are standard procedure before abortions, as the size of the child’s skull must be measured, and the pregnancy dated so abortionists know what kind of procedure will be committed. The Jackson Women’s Health Organization commits abortions up to 16 weeks of pregnancy “as an internal policy,” when the baby looks like this:

According to the report, the woman’s baby girl was delivered by “a clinic doctor” and then they were both transported to a hospital. It’s good to know that abortionists do know how to deliver babies, if they were trained as OB/Gyns (though not all are). One news report [HT: Cassy Fiano] on the occurrence says that staffers reassured the woman of her safety. Wouldn’t it be great if these doctors always chose to deliver living children rather than kill them in the womb, and always reassured women that they could be successful mothers?

Though we cannot confirm whether or not the woman was planning to have an abortion, local outlet MS News Now reported that JWHO’s director claimed that not every woman who visits JWHO is planning to have an abortion. But according to the center’s own website, JWHO “offer[s] family planning services to help meet the unique health care needs of women. These services include: pregnancy testing, contraception counseling, and abortion services.”

In other words, this facility doesn’t provide prenatal care. According to MS News Now, “Brewer said the young woman, who gave birth Wednesday at the facility, was making her first visit for an ultrasound to determine how far along she was.” Why would the woman need to visit this abortion facility for an ultrasound appointment to determine gestational age? To potentially then schedule an abortion. While MS News Now notes that “Clinic officials said they do not perform abortions on the first visit,” this is thanks to a state required 24-hour waiting period. JWHO cannot legally commit an abortion on the same day as it does the ultrasound to determine gestational age.

It is unlikely that had the woman been already determined to keep her child that the abortion facility would have scheduled her an ultrasound appointment. Not even abortion industry leader Planned Parenthood will provide ultrasounds except as part of the abortion pre-procedure process:

Mississippi Gov. Phil Bryant in March signed into law a ban on abortions after 15 weeks, which would be the strictest time limit on legal abortions in the country.

The organization expanded its lawsuit to challenge several longstanding Mississippi abortion restrictions, including a 24-hour waiting period. The lawsuit says Mississippi singles out clinics that perform abortions with stricter licensing requirements and regulations than other medical clinics.

A 24-hour waiting period is not unreasonable (and neither are other regulations which attempt to make abortion facilities safer for women). According to Guttmacher, Planned Parenthood’s former research arm, Mississippi law requires the woman must be offered the opportunity to receive a verbal specific description of the abortion procedure (quite possibly a D&E abortion after 13 weeks, as seen in the video below), to be verbally informed of the gestational age of the preborn child, and to receive written information on fetal development throughout pregnancy. After receiving such information, a woman should be given the chance to take time to consider the seriousness and permanence of taking her own preborn child’s life.

The Jackson Women’s Health Organization’s owner, Diane Derzis, has, writes Live Action News’ Cassy Fiano, “battl[ed] pro-life legislation that requires abortionists to have admitting privileges at a local hospital” — a case which the U.S. Supreme Court eventually decided, against the safety of women — and believes God wants her to run an abortion facility. “God wants me to do this job,” she has said, adding that she thanks God “every day” that she had her own abortion at about 12 weeks of pregnancy.

But yesterday, one mother learned — most surprisingly, in an abortion facility — that she didn’t need abortion.

Now she has the chance not every woman gets: to be a mother to her daughter.