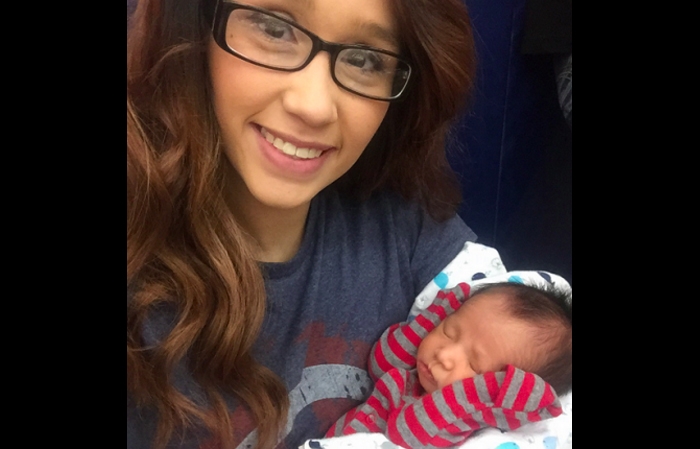 (Pregnancy Help News) 2015 was a big year in the small town of Artesia, New Mexico, and later you’ll find it was a life-changing year in the life of one special teenager.

While it may have gone by unnoticed on a national scale, the year marks the first in the existence of Pregnancy Help Center of Artesia, the first of its kind in the area reaching out to women in unexpected pregnancies.

Before the center opened its doors in February 2015, the nearest pro-life center was 39 miles away in Roswell, a long distance to traverse in the midst of a crisis.

It took Amanda Ramsey and her team over 18 months to make their dream a reality, from planning committees to board elections and acquiring a building. After all these months of prayer and preparation, Pregnancy Help Center of Artesia was finally set to open in February 2015.

What happened on that first day of the center came as quite a disappointment—but also a valuable learning opportunity—to Ramsey and her co-workers.

“Nothing. Nothing happened that first day,” Ramsey said. “We had more work to do to get the word out.”

The staff and volunteers at PHC of Artesia did just that. As of Dec. 2015, they served their 101st client since first opening their doors.

Though the first handful of clients were expectant moms who were planning to carry to term but were primarily in need of material aid, relational support or education on parenting, Ramsey’s heart to reach clients in the valley of an abortion decision came to fruition in April.

On a day, when the office was closed, Ramsey was out working on the flowerbeds in front of the center when two teenaged girls came around the corner.

“They both looked a little rough around the edges,” Ramsey said. “They asked me about a pregnancy test. Even though the office was closed, I never want to refuse the opportunity. I had them wait a few minutes while I went into the office and turned on some lights.”

Inside the center, one of the girls explained to Ramsey that she’d had a one-night stand and was afraid she was pregnant. A pregnancy test confirmed her suspicion, and she began asking Ramsey about abortion.

At the tail end of a conversation that focused on the procedures and risks associated with abortion, the girl began asking a different set of questions—starting with adoption and moving into single parenting.

From the initial conversation, the young woman started attending the pregnancy center’s parenting class. She never missed a session.

“I just saw this transformation in her as she became this beautiful child of God,” Ramsey said. “She decided to go ahead and parent her child.”

That’s just one example of the day-to-day work at PHC of Artesia, which currently provides pregnancy tests, peer counseling, pregnancy follow-up, post-abortive healing and 18 weeks of parenting classes—after which the staff throws a new mom-to-be a baby shower.

The center’s services also include a baby boutique, where a mother can spend “baby bucks”.

Ramsey said they also have big plans for the future.

All these accomplishments and plans have not been without struggles. There has been opposition in the community, and occasionally Ramsey has been heckled at speaking engagements.

“When they asked for volunteers, I thought that would be neat,” Jamie Heady, peer counselor with the center, said. “I wanted to learn as much as I could, so that I could be prepared for any questions someone might have. Knowledge is power. And if I am going to dive in God’s work, then Satan is going to come at me hard. I wanted to be ready. “

Celebrating its one-year anniversary, the Ramsey and Heady are invigorated by an abundance of women and their families who have been hungry for the hope the pro-life message brings.

Around the center, they have had a tagline to focus them on their work: “We’re saving babies, sharing the Gospel with parents, and doing it all again tomorrow,” Ramsey said.

Editor’s Note: This article originally appeared at PregnancyHelpNews and is reprinted here with permission.