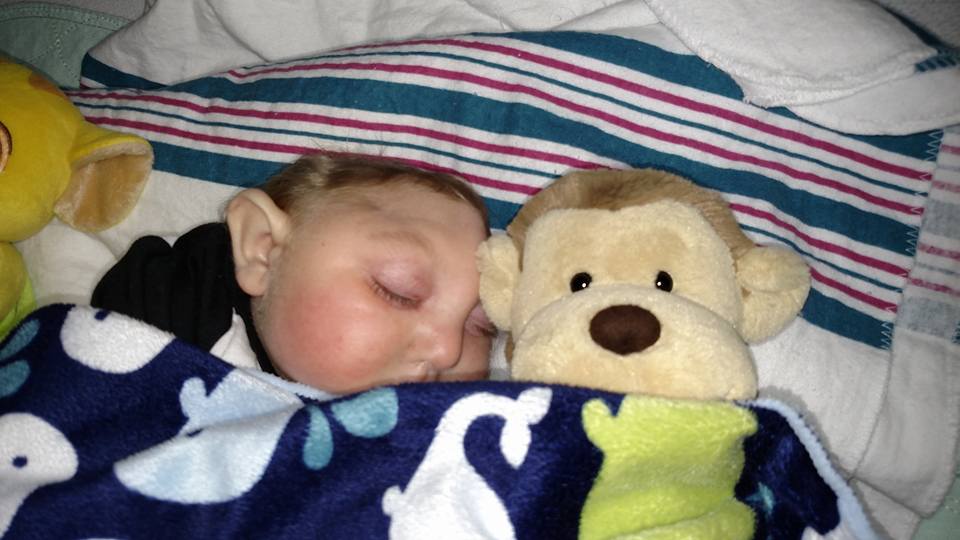 Jaxon Buell was diagnosed prenatally with a condition so rare that the doctors couldn’t give it a name.  All they could tell his parents, Brandon and Brittany, was that their son likely wouldn’t survive in the womb, and if he did, he would die shortly after birth. The couple was advised to terminate.

Shocked that the doctors would suggest abortion when they didn’t even have an actual diagnosis for their son, they decided that however long their son had to live would be up to God, and they chose life. Jaxon was born on August 27, 2014 and received an official diagnosis of Lissencephaly, in which the brain doesn’t have the folds that it should. Despite the doctors’ grim prognosis, Jaxon is celebrating his first birthday.

Over his first year of life, Jaxon amazed the doctors with how well he has been, but the last couple of months have been rough. He’s been uncomfortable and fussy, and his parents are working overtime to help him. He is undergoing testing to determine what the cause of his recent discomfort is.

“The frustration continues because obviously something is going on, but how do we find it, and how do we fix it?” they wrote on their Facebook page. “One day at a time still for our family. Our baby boy remains strong as ever to be dealing with all of this every day yet still loves to cuddle with Mommy and Daddy as much as possible.”

Told by their local hospital that they were simply out of options to help Jaxon, the family flew to Boston and is there now, meeting with the top infant neurological team in the United States. They are hoping to find answers and help for their son.

Neurologists in Boston confirmed that Jaxon has a profound case of Lissencephaly. Jaxon will be meeting with two more neurologists this week who deal with epilepsy and neurological disorders, and will also meet with a gastroenterologist to determine the best method of feeding Jaxon, who currently requires a feeding tube. His parents remain hopeful.

The Buells are asking for prayers that they find the right doctor in Boston who can put their son on the path to better health.

… to find that one person, who actually knows how to help, to hear about or see Jaxon, and can add to his life or his quality of life with some type of answer, option, or solution. And, maybe, through our experiences, the next family that may have to walk in our footsteps, will be better off and have more help of where to turn, what to do, and where to go, because of Jaxon’s story. There is hope, a plan, and a purpose here, and Boston is just the latest chapter.