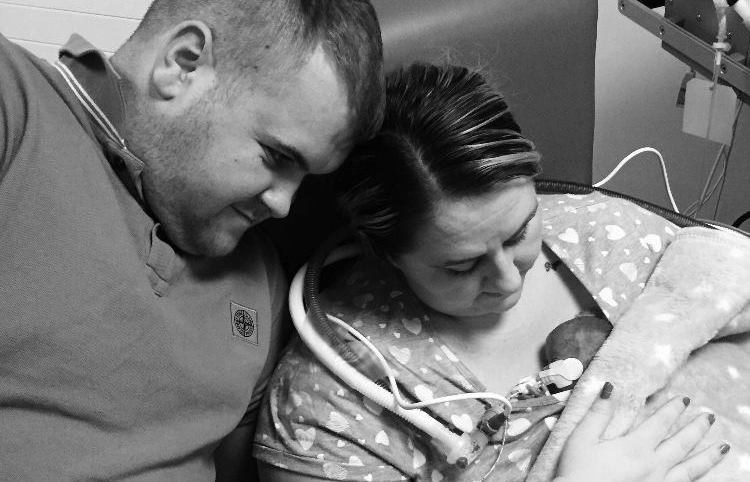 On November 20, 2018, at 24 weeks gestation, Kirsty Byass was forced to deliver her baby boy by emergency C-section when complications arose that threatened her life. Jordie-Jay was born on his mother’s birthday weighing just one pound, seven ounces and while he initially did well, doctors soon lost hope that he would survive and advised Byass to turn off the ventilator. Thankfully, she refused.

After Jordie-Jay developed lung disease due to his premature birth, doctors offered little hope to Byass and her partner Ryan Pearce.

“He just wasn’t getting any better, the doctors kept putting me into a room and telling me there’s nothing else they can do for him,” she told Teesside Live. “I begged them to help him, and the truth is they were, but nothing was happening.”

Byass conceded to the doctors and brought her two other sons — ages 11 and seven — in to see Jordie-Jay before the ventilator was turned off. She planned to take some family photos and say goodbye to her baby.

“My kids were heartbroken, the nurses said they had to take time out of the room because it was heart-wrenching watching my boys so broken,” she said. “Then I couldn’t do it, we became desperate.”

Byass had seen other parents turn off the ventilator for their babies, and she just knew she couldn’t do it. She told the doctors they weren’t God and began calling hospitals around the U.K. asking for second opinions. She searched for any way that they could help save his life, evening asking doctors to use experimental treatments on him.  But Jordie-Jay was soon moved to end of life care.

That’s when a miracle happened. Jordie-Jay began to turn things around and prove himself to be a fighter. The doctors were shocked.

“Miracles do happen,” said Byass. “I didn’t think they would happen to me but they do. Even one of the consultants said, ‘I can’t believe it.’ One nurse told me ‘I have worked here 10 years and never seen anything like this.'”

Now nearly five months old, Jordie-Jay weighs more than eight pounds and is doing well. A major concern is his eyesight, and he was due for laser eye surgery in March. Doctors say he can go home soon.

“I want to say thank you to the hospital staff,” said Byass. “It’s because of them that he’s here today. I am super excited to get him home, and so are the kids. We can’t wait.

“He still has a long way to go, but I am so glad that we never gave up.”