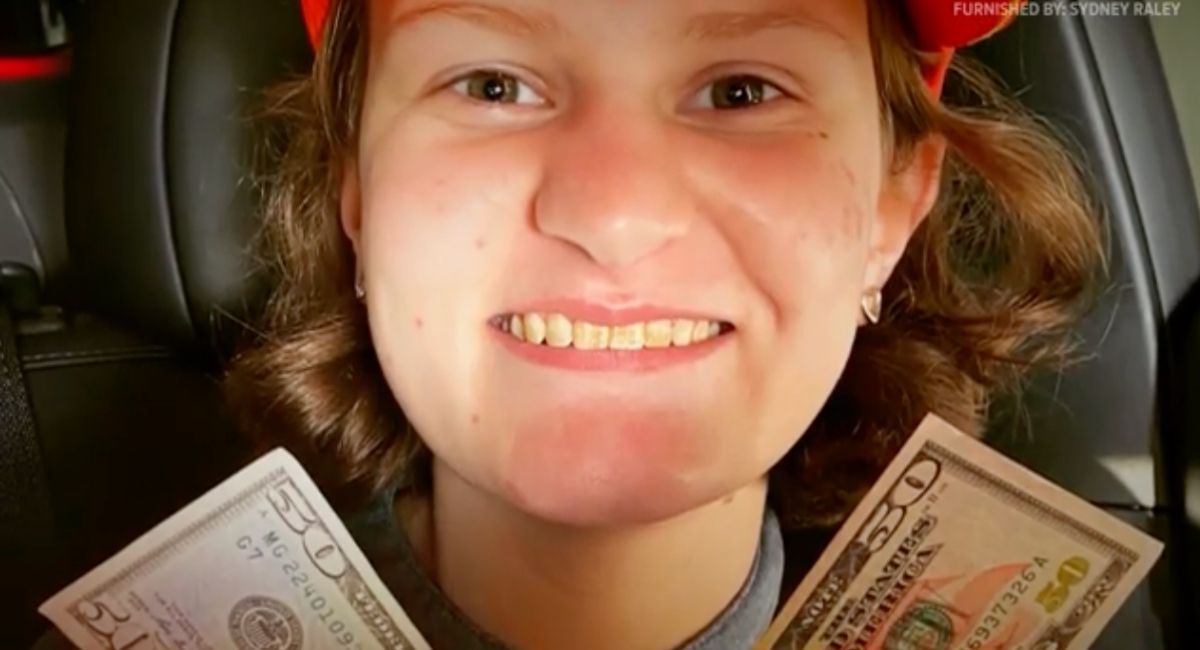 A autistic teen in Minnesota is being hailed as a hero after she jumped through a drive-thru window during her shift at McDonald’s to save a customer who was choking.

Fifteen-year-old Sydney Raley had been working at the restaurant for about seven months, and told CNN, “The day had been mostly normal — making coffee, making drinks. Going into the lunch rush, it was all normal.” But suddenly the average day became much more than average.

Sydney had already handed a customer some of her food and returned to tell her that the rest would be out shortly when she noticed that the woman was choking. Having taken a Red Cross babysitter class at age 11, Sydney’s training kicked in.

READ: Born premature, this autistic blind man has musical talents ‘seen once in a generation’

“I noticed that she was coughing profusely. I could tell like… she was choking. I jumped out the window of the drive-thru and I got her out of the car, told her daughter to call 911,” said Sydney.

At first, the Heimlich maneuver wasn’t working, so Sydney asked a bystander to help her. “We worked together and were able to successfully dislodge the food from her throat,” she explained. The customer was in shock, but grateful.

Two police officers arrived shortly after and checked the woman over to make sure she was okay. They also gave Sydney a reward of $100 from a fund they use for people who do good work in their communities. “They said, ‘Congratulations you’re a lifesaver; you’re a hero,'” said Sydney.

McDonald’s owner-operator Paul Ostergaard also called Sydney a hero, adding, “We are incredibly lucky to have her as a highly-valued crew member at our Eden Prairie restaurant location. We are excited to see all of the well-deserved recognition she has received from the community and will continue to celebrate her courageous efforts of literally jumping out of the drive-thru window to provide aid to a customer in need.”

While the emergency situation was unfolding, Sydney’s parents, Tom and Stephanie, were on their way to pick her up from her shift. “There was an ambulance and a police car sitting there and I looked at my wife and said, ‘Please tell me that’s not something for Sydney,'” Tom explained. “And sure enough Sydney is sitting outside waiting for us to pick her up and says, ‘So this happened today.'”

Tom said that Sydney was diagnosed as autistic years ago, a condition that can affect communication and social skills to varying degrees. “We always worried it was going to be a challenge for her, and it’s done a complete 180,” he said. “It’s actually been a blessing and a gift at this point. All the things we worried about never happened.”

He also said, “I always tell her she has a gift because she’s autistic and she can remember anything, do anything.”

“We are really proud of her,” added her mother.