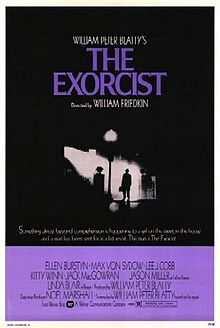 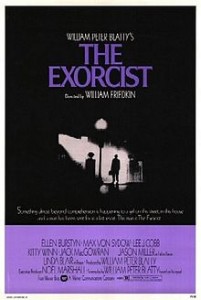 Happy Halloween weekend! A few days before Halloween my freshman year, my dorm set up a viewing of The Exorcist. It’s not only a particularly frightening and awesome horror movie, but part of it was also filmed at Fordham University, where I attended school.

My last year at Fordham, I listened to one of our favorite priests, Father Phil, tell his annual ghost stories, which involved his interactions with those who had been involved with the film.

So The Exorcist has always had a special place in my heart, and not just because it’s a great movie that really goes in for the scares while also digging deeply into faith. I’ve now found out one more reason to enjoy this work.

The author of the book, which I suppose I really should read, William Peter Blatty, was featured in a piece  just published on October 30 by The Washington Post.

Blatty was not outright asked about abortion, but he does get to it after discussing the secularism he believes his alma mater, Georgetown University, where the movie was also filmed, has fallen into:

Mere steps away from lunch is evidence of the fallen, in his eyes: his beloved alma mater, which he believes has drifted perilously into secularism. This month, Blatty submitted to the Vatican a petition with thousands of signatures and a 120-page institutional audit that calls for the removal of Georgetown’s Catholic and Jesuit designations if it does not comply with every little rule in “Ex Corde Ecclesiae,” John Paul II’s constitution for affiliated colleges. The university, for its part, says the “Catholic and Jesuit identity on campus has never been stronger.”

Bill, what are you doing? people have asked him.

Bill, why are you punishing the school you love, the school whose scholarship money rescued you from a childhood of restless poverty in New York, the school that made possible your life, that cemented your faith?

And what Georgetown did that was the “last straw” according to Blatty, a strong Catholic and pro-lifer, was to invite Kathleen Sebelius, who claims to be a Catholic, but in many ways is of a different sort than Blatty:

“If you truly love someone that you think needs to be in rehab, you’ll do everything you possibly can to get them into rehab,” Blatty says. The last straw, he says, was Georgetown’s invitation of Kathleen Sebelius, secretary of the Department of Health and Human Services, to be a commencement speaker in May of last year. Sebelius has a record of supporting abortion rights, and abortion is the issue that really sets Blatty’s nerves on fire.

He describes, his voice trembling, a particular abortion procedure in graphic detail.

He pauses. His voice is nearly a whisper.

William Peter Blatty is a man who really sticks to his morals and his faith, and he seems to expect others to do the same. Particularly, he expects institutions which should know better than to extend such an invitation do the same. He’s not going to let Georgetown just have a free pass, because he cares too deeply about the school. Thus, his analogy about rehab was certainly a fitting one.

Dan Zak, the author of the piece, does a fine job in capturing the chilling manner in which Blatty brings up abortion for its true nature. Abortion is a grisly procedure which is too often something that is hidden from the public. It is a shame that Zak did not go further into detail, but it is not surprising.

If ever there were an accurate term to describe abortion, it would be demonic. The procedure itself, as Blatty mentions, is demonic, especially with how torturous it is for the unborn child. But what is also demonic is advocating for this procedure or performing it or being involved by having one or talking someone into having one.

From earlier in the piece (emphasis is added):

Indeed, for many who support or are involved in abortion in some way, abortion has a sort of demonic hold over them.

The Exorcist is not only particularly noteworthy for its memories of Fordham, but also now because of the way in which the novel’s author has given us one more way in which we can describe this awful travesty of the procedure called abortion.