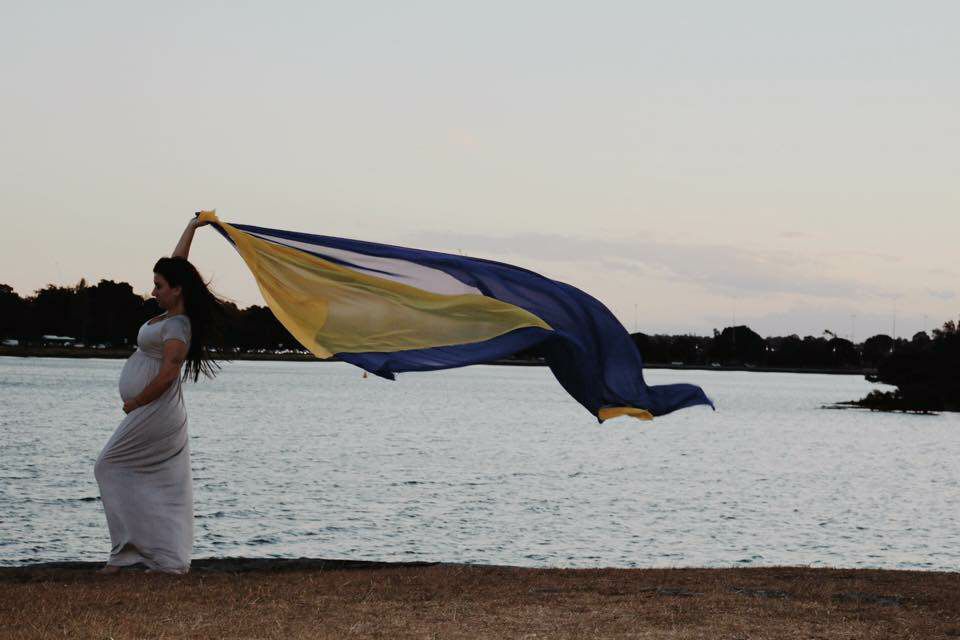 Australian mom Sarah Maroun doesn’t listen to anyone who tells her that her son doesn’t deserve to live, and unfortunately, that’s a lot of people. Still in the womb, her son has been diagnosed with Down syndrome; doctors have advised her to abort. Though the news was upsetting at first, Sarah refused abortion and found a group of women who not only support her, but show her, and the rest of the world, how wonderful life is with Down syndrome.

The doctor who first gave her the news that her son had a high chance of having Down syndrome referred to the condition as “mongolism,” a term that hasn’t been used in years.

“I hadn’t heard of that term since I was in high school and even then I knew it was a derogatory term only used by bullies,” Maroun told news.com.au. “I said to him, ‘Do you mean Down syndrome?’”

She left the appointment feeling devastated.

“I still had no idea what Down Syndrome really was and what this meant for me, for my family, for my toddler and most importantly for my unborn child. I was not given any resources or places I could call for information, not even so much as a pamphlet….” 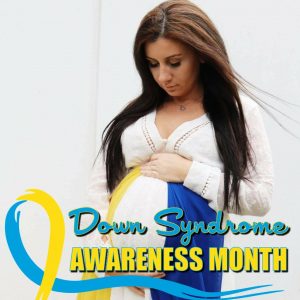 “’You have 4 weeks to decide to go ahead or not’ my genetic counselor made it clear. What do I do? Am I ruining my family? Am I ever going to be able to work? Will my baby have a quality life? I found myself feeling trapped, if I terminate that’s horrible – if I go ahead am I hurting everyone’s futures? In my darkest loneliest time I was so heartbroken and helpless I stood there and I prayed for a miscarriage so that I didn’t have to make a decision. I was petrified,” Maroun wrote.

“I realised my child can have a quality and enjoyment of life, that I would be able to go back to work and many Down’s syndrome kids go to mainstream schooling,” Maroun told news.com.au.

“When I saw the pictures of their families, seeing what their kids can do, the concerns in my head were washed away.”

READ: Iceland isn’t ‘eradicating’ Down syndrome — it is killing every person who has it

Maroun said she asked the moms she met online every possible question she could think of regarding life with Down syndrome, and what she learned was that she had nothing to fear.

Maroun was feeling relieved thanks to the other mothers, but she was also frustrated at the lack of information that had been provided to her by doctors. No one offered hope, and no one offered correct information about Down syndrome. She went in for another appointment with the genetic counselor, and again, was told to abort.

“I went for a follow up appointment with genetic counseling who then provided me with all the statistics of what can go wrong to which I said I’m still going ahead,” explained Maroun. “She glared at me and said ‘well you are more likely for him to not even survive in utero 30% higher so what will you do then?’. I responded ‘well that is not in my control but having this baby is’. They then gave me an information pack from Down Syndrome Australia. I asked why this wasn’t given to me earlier and they said ‘this information pack is quite positive and we don’t like to make women feel guilty for terminating’.”

Rather than offer hope to parents who are receiving the diagnosis of Down syndrome for their preborn child, medical personnel purposefully withhold information as to not make women who considering abortion feel guilty. What withholding information really does is deprive families of the chance to learn about life with Down syndrome and choose life for their child. As a result, they end up with a lifetime of regret and guilt after aborting their child. After all, abortion is not a merciful or gentle procedure, as Dr. Anthony Levatino, a former abortionist, explains:

“I was furious to say the least,” said Maroun. “How can women be expected to make informed decisions when no information is provided? The more I looked into it, I was not alone. This is happening to most women in my prenatal groups. We are not given any current information and Drs are staying silent in the assumption that we all will terminate. Its 2017 and I had to get my information from facebook.”

It wasn’t just medical staff that made the assumption that Maroun would terminate, there are still people who believe that life with Down syndrome isn’t worth living and they don’t hold back their comments on social media.

“They said I should have an abortion and if I chose to go ahead I’m an idiot because I’m draining money from the government,” Maroun said of online bullies.

Negative outlooks from doctors and rude comments from strangers can lead to a mother feeling pressured to abort her child. When doctors also withhold critical information that can help parents choose life it becomes a conspiracy. Doctors in Iceland have become so horribly convinced that life with Down syndrome is unworthy that they claim to be 100% Down syndrome-free — because they have killed nearly everyone with Down syndrome through abortion. Maroun can see this happening all around her in Australia, as each mom she meets relays a similar story to her own.

“People are on the conveyor belt to abortion,” she said, “because they are not being given the correct information.”