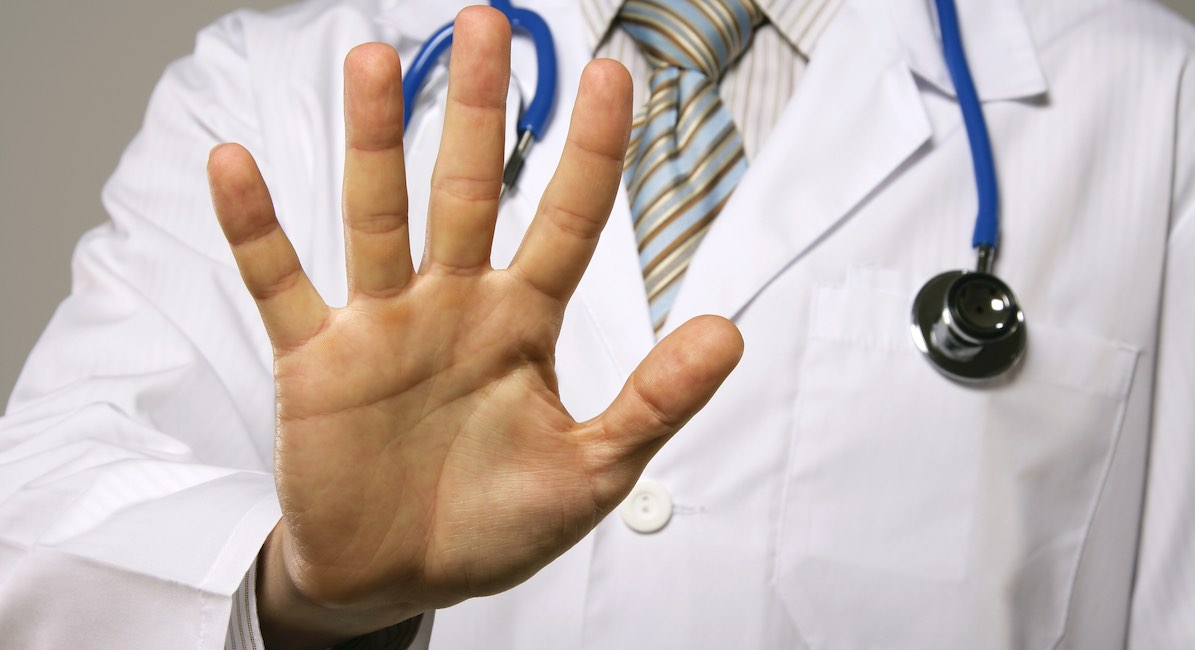 Politicians and medical professionals alike are calling for Australia to make conscientious objection to things like abortion and contraception illegal — and one doctor in particular seems to be at the middle of the controversy. Dr. Hong Nguyen, who works at Torquay Medical Health and Wellness Clinic near Melbourne, recently posted an announcement saying she would no longer prescribe contraception or consult for abortion or IVF. When a local politician noticed, he set off a firestorm after posting the photo.

Andy Meddick posted a photo of the announcement on Twitter. “Shocked to see this in my town. Yes, legal. But likely emboldened by Religious Discrimination Bill,” Meddick wrote. “Federal MPs must vote it down – or lives and safety will be at risk. This is reproductive healthcare and nobody should ever be denied it.” 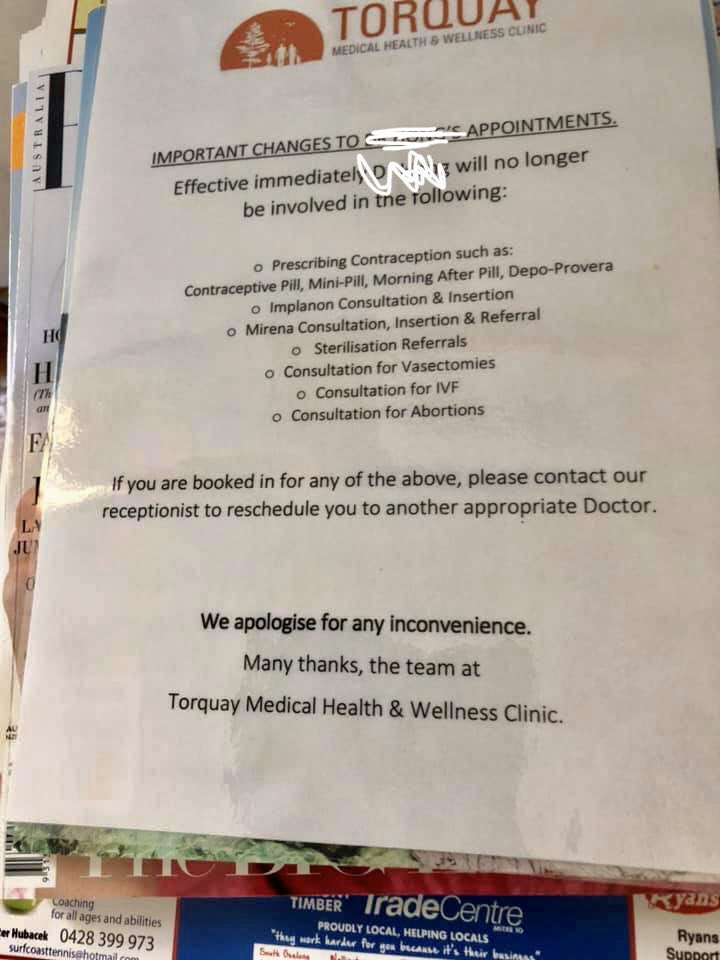 The image was retweeted over 500 times, and hundreds of people chimed in to express their outrage. And Meddick has further spoken out about it, arguing that people with a religious objection to things like abortion shouldn’t be involved in health care.

“I think it’s absolutely appalling. It’s disgraceful and incredibly concerning,” he said in an interview with Yahoo News Australia. “If this particular doctor is making this decision based upon religious beliefs it should be reversed because religious decisions don’t have a place in reproductive healthcare. Nobody should ever feel ashamed to see a doctor and it’s a vulnerable time.”

Currently, the Australian government is considering a religious discrimination law which would allow conscientious objection in health care to be protected. But Meddick isn’t the only one who opposes it; Chris Moy, president of the Australian Medical Association, opposes the legislation too, according to The Sun:

When you sign up to be a doctor, we have a code of ethics and professional standards – and one of the key things is having responsibility for our patients. Now the problem is this legislation is a crude tool. We have this law that says you have this consent but the legislation now says “I can walk away” if you have an objection to something like a deeply religious belief. [But] it confuses and creates a lower bar when compared to professional standards and ethics, and the flow and affects in terms of how the fabric of the current health system where there is a balance between doctors’ rights to conscientiously object, and their requirement to always be there for the patient.

We have an obligation to the patient and not abandon them. We actually have to be able to make sure that we don’t impede their care, and to facilitate them. We’re pretty unhappy about [legislation]. What AMA is concerned about is how the conscientious objection is undermining the professional standards. Patients trust me as a doctor so I’m not going to let them down.

However, what is ignored by people like Meddick and Moy is that patients are not actually being deprived of any care.

Torquay Medical Health and Wellness Clinic released a statement addressing the controversy, and pointed out that other doctors within that very clinic offer the services Nguyen doesn’t want to. “We do support women’s health and the rights of women to make their own health decisions,” the statement read, adding, “Our practice sits in the middle, a group of people who are medical practitioners, nurses and reception staff that together between all of us provides care to EVERYONE who needs it, regardless others beliefs, religion or political views or cultures. We are a diverse team that between us cares for everyone who uses our clinic.

The clinic said it has received so many abusive comments that it had to shut down its social media page.

It is disturbing that people are arguing that medical professionals should be forced to violate their own beliefs and principles or be banned from practicing medicine altogether. The idea that a child in the womb of a human mother is also a human is a scientific fact, not a “religious belief.” As the clinic itself pointed out, other doctors there were still willing to provide contraceptions or abortions. However, to those who seek to promote abortion, it isn’t enough. Instead, they demand that all doctors in Australia support abortion, or be forced out of the profession.

That’s a chilling mindset, and if the legislation doesn’t protect doctors like Nguyen, it’s a worrying sign of what the future may hold for pro-life health care providers in Australia.