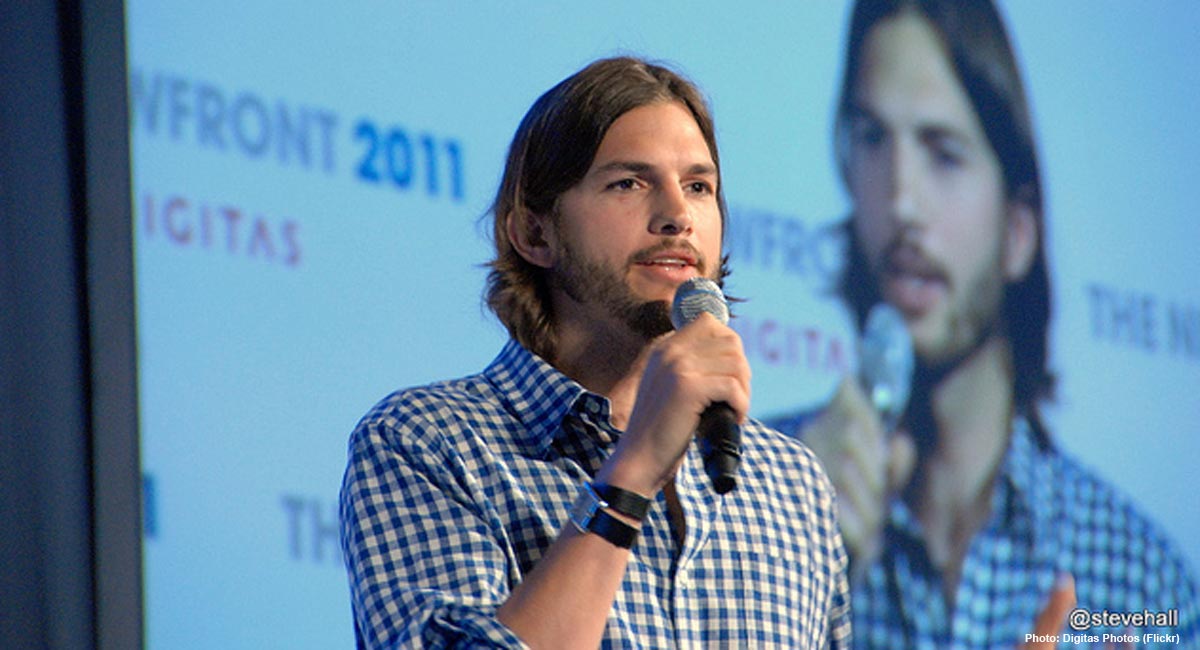 Actor Ashton Kutcher shared a video last week on Facebook of Special Olympian, actor, and Down syndrome self advocate Frank Stephens addressing Congress. In the video, Stephens testified about the high abortion rate of preborn babies with Down syndrome. He began his speech by saying, “I am a man with Down Syndrome and my life is worth living,” and discussed how babies are screened for Down syndrome just so they can be aborted. “It’s hard for me to sit here and say those words,” he continued. “I completely understand that the people pushing this particular ‘final solution’ are saying that people like me should not exist. That view is deeply prejudice by an outdated idea of life with Down Syndrome. Seriously, I have a great life!” Stephens pleaded for an increase in funding for research into Down syndrome, instead of focusing on eugenic abortion.

When Kutcher shared the video, he captioned it with a simple statement: that every life is valuable. Unfortunately, when the video received more attention than he anticipated, he felt the need to clarify that he isn’t exactly pro-life….

Kutcher’s twin brother has cerebral palsy and had to have a heart transplant as a child. He’s been open about how much he loves his brother, and how it shapes the way he views the world. When he received the Robert D. Ray Pillar of Character Award from Drake University, he got emotional speaking about him. “My brother was born with cerebral palsy and it taught me that loving people isn’t a choice and that people aren’t actually all created equal,” he said. “The Constitution lies to us. We’re not all created equal. We’re all created incredibly inequal to one another, in our capabilities and what we can do and how we think and what we see. But we all have the equal capacity to love one another, and my brother taught me that. When I got older, I spent years and years feeling bad about it, our inequalities. He also taught me that he had gifts that I didn’t have. Extraordinary gifts that I didn’t have, and that every time I felt sorry for him in life, I made him less. He taught me that and he gave that to me.”

Likely because of his brother, Kutcher is also actively involved with Reaching for the Stars, a cerebral palsy advocacy organization, for which his brother is on the executive board.

Currently, Kutcher is starring in the Netflix series “The Ranch,” for which he also serves as executive producer. The show has also put forth pro-life messages, with one episode dealing with a surprise pregnancy with Kutcher’s character’s ex-girlfriend. She says she wants an abortion, but Kutcher’s character pleads with her to save their baby’s life. “It’s not about what I want anymore. This isn’t about me, it’s about this kid, and we’re going to have to make sacrifices,” he pleaded. After telling him she had already decided, he responded, “This is wrong. You can’t just take the easy way out.” His character went with her to the abortion facility, but he gave her a St. Christopher medal, and she chose at the last minute to choose life, and they joyfully left the facility together, showing the powerful effect a father’s love and support can have when it comes to the possibility of choosing either life or abortion.

Kutcher also previously shared a powerful video of Cashel Gardner, a young man with Spinal Muscular Atrophy. Cashel cannot move, breathe, talk, or eat on his own, but released a video to show that his life still has meaning and value, and that everyone matters.

Despite all of this, Kutcher has never spoken publicly about his views on abortion. And unsurprisingly, when he shared the video of Stephens’ speech, it got a lot of attention. Unfortunately, Kutcher took to Facebook a week later to downplay the pro-life message, declaring the issue of abortion to be “nuanced”:

It seems my posting of Frank Stephen’s moving testimony has turned into a partisan recruiting campaign. Stop! Let’s make it a thinking campaign. I don’t see the issue of embryonic screening as a simple pro-life vs. pro-choice issue. In fact, I really don’t see abortion as a simple black and white issue. There are nuances to both arguments, and as with most things, in this bipartisan political and media landscape – we like to over-simplify complicated issues into 2 base arguments and pick sides. Then we recruit people to our side that we celebrate or we publicly troll those who oppose.

We are genetically diverse as a species by design, for generational survival, and should think very carefully about how we regulate these sciences. This idea of non-dominant outcomes being inferior and non-desirable traits being negative, and then selected – is a very slippery slope that looks a lot like embryonic eugenics and that scares me.

To be clear, I am generally against the government regulating a woman’s medical choices. The Government is not church. There is a reason why this topic has had decades of political debate. It’s because it’s not black and white, or red and blue. It’s grey, it’s nuanced, it’s complicated, and because of science, it’s changing. So let’s stops recruiting captains for our teams and start unpacking the complications to make the best choices for our future.

Why Kutcher decided to backtrack is a mystery. However, Kutcher is married to actress Mila Kunis, an avid supporter of Planned Parenthood who once announced that she had arranged monthly donations to Planned Parenthood in Vice President Mike Pence’s name. When she saw that pro-lifers had responded by donating hundreds of thousands of dollars to pro-life groups in her name, she said she wasn’t even aware that a pro-life movement existed.

Plenty of people who support abortion are happy to share videos like those of Stephens and Gardner, finding them inspirational, but draw the line at actually affirming their inherent right to live. While Kutcher describes the situation as “nuanced,” the reality is that it’s not; it’s about opposing the practice of eugenics. Kutcher clearly understands that the world would not be a better place without people like Stephens, Gardner, or his brother — unfortunately, it appears difficult and controversial for him to say so.