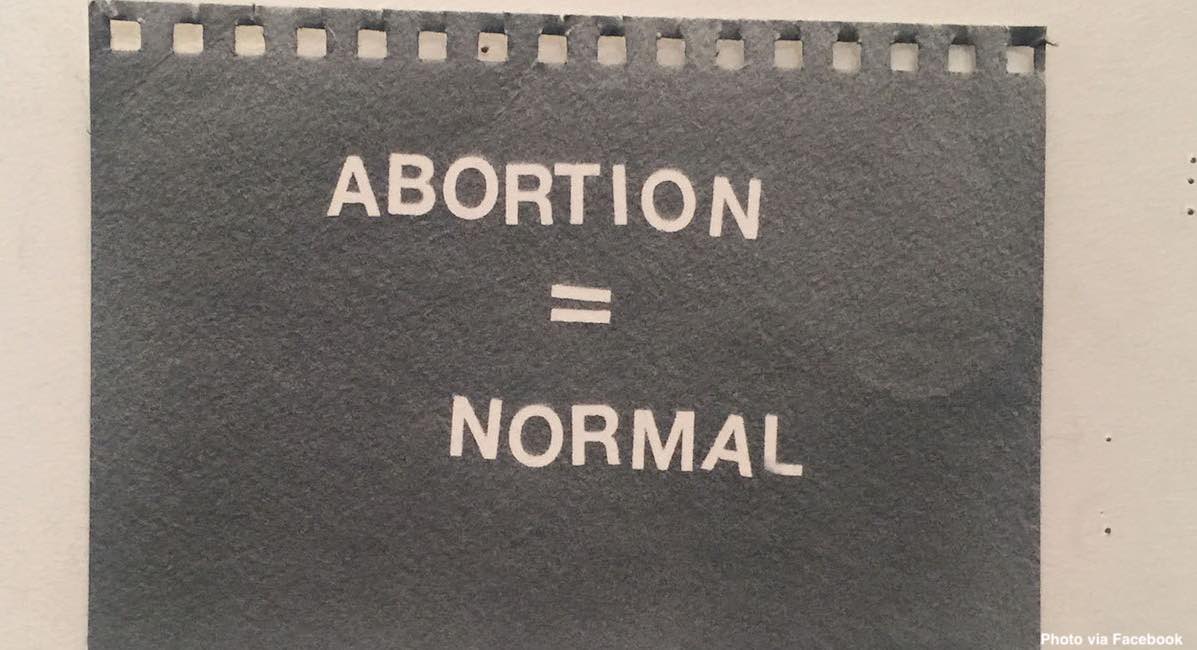 Another effort to present abortion as a “normal” part of women’s healthcare was unveiled in New York this past Thursday, according to ARTnews. A group of artists and curators is staging a two-part exhibit — Jasmine Wahi, Marilyn Minter, Rebecca Pauline Jampol, Gina Nanni, Laurie Simmons, and Sandy Tait — which aims to provide a “a larger idea of body ownership and autonomy.” The second part of the exhibit is set to open on January 21st.

The collection of art pieces meant to convey pro-abortion ideology showcases provocative — many would consider it vulgar — photography, paintings, sculptures, and mixed media pieces involving women, dolls, and other materials. Wahi explains that the motivation behind the exhibit is a reaction to the restrictions being placed on abortion in various U.S. states. She told ARTnews:

While the exhibit’s name suggests a narrow spotlight on abortion, in reality it provides a broad range of visual stories –unrelated to abortion — and female perspectives on “reproductive rights.” And yet, the exhibit was created out of a disdain for pro-life laws. According to ARTnews, the day Alabama’s pro-life law was signed by Gov. Kay Ivey, artist Marilyn Minter said, “Let’s do something. I’m going batsh*t crazy.” And the exhibit was born.

This is an “abortion is normal” exhibition in NYC. ⁣ 😢👶🏻👶🏼👶🏽👶🏾👶🏿⁣ ⁣ Out of all the art on display here, we noticed there isn’t ONE PIECE showcasing the horrific, mutilated, dismembered realities of a baby’s body after abortion. ⁣ ⁣ If it’s so normal, why can’t they show us? ⁣ ⁣ Culture is morally bankrupt. CUTEservatives are changing that. What else did they get wrong? 🧐

Part of the proceeds from the exhibit will unsurprisingly go to the nation’s largest abortion provider, Planned Parenthood. In its most recent annual report (2018), the corporation reported its highest number of abortions ever in a single year (345,672), and its most taxpayer funding ever. Planned Parenthood alone does 40% of all abortions in the United States. According to The Gothamist:

All proceeds from any sales of the pieces will go to Downtown for Democracy, which will split funds between voter education and advocacy regarding reproductive rights and Planned Parenthood’s political action committee for its efforts in 2020 elections.

“It’s really making you think about [abortion] as something that’s part of our healthcare that’s supposed to be normalized, and that we’re supposed to have this access. It shouldn’t be a fight for it,” Rebecca Pauline Jampol stated in regards to the exhibit’s purpose. Apparently to these artists and curators, abortion is necessary to be considered in control of one’s body and is needed to be considered equal to men. But if this is “normal,” then how is it pro-woman?

Abortion is not like any other surgery. Abortion actively kills a human being in the womb of his or her mother. No amount of “art” can gloss over the fact that abortion kills:

Having bodily autonomy and sovereignty should never include killing an innocent human being. Abortion has long been used to coerce women to remain in abusive relationships, incestuous relationships, sex trafficking, and other horrible situations where women’s “bodily autonomy” is actually taken away by people who see women as objects and as property.

A society that pushes abortion portrays the male body as normative instead of respecting and valuing the female body’s ability to reproduce and carry children. A society that pushes abortion tells women that they must choose between their children and careers, or anything else they desire. Abortion does not elevate a woman’s status. Instead, it reduces her to an object to be used, abused, profited from, and trampled on. Abortion exploits women and kills innocent children. Abortion should never be considered normal.