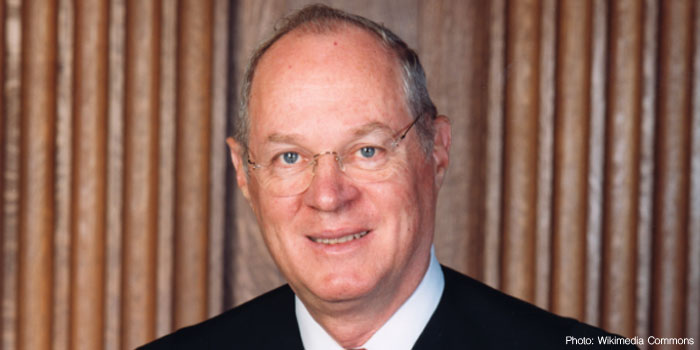 Minutes ago, swing United States Supreme Court Justice Anthony Kennedy announced his retirement. Opinions have been swirling for at least two years as to when Kennedy would retire. Now, the answer is clear. President Trump will get a second pick for the nation’s highest court.

Justice Neil Gorsuch, the president’s first confirmed choice and the one who replaced conservative stalwart Antonin Scalia, has proven to be a strong conservative. Gorsuch has recently voted in favor of free speech rights for pregnancy resource centers and against discrimination where religious people are the targets. Today, the U.S. Supreme Court announced yet another 5-4 decision, with Gorsuch on the majority conservative side (joined by Kennedy). This case, Janus v. AFSCM, turned back long-standing precedent on unions.

Is Janus a sign of things to come? Is the Court becoming bold enough, at last, to overturn its own precedent on today’s pressing issues? And, with a new justice to replace Anthony Kennedy, is Roe v. Wade witnessing its last moments? Even liberal Justice Ruth Bader Ginsburg has stated that Roe was “heavy-handed judicial intervention [which] was difficult to justify.”

Roe enforced abortion on demand on all 50 states in 1973, and little has been done at the Supreme Court level to reverse this grave and violent human rights error.

If the next justice supports the basic human right to life for all people, we could see the horrific, immoral, and unjust 1973 decision in Roe v. Wade overturned. In Roe, seven men fabricated a false “right” for a woman to kill the child in her womb. There is no “right” to kill a human child. Roe resulted in 45 years of bloodshed, confusion, and pain, with millions of men, women, and families profoundly wounded and over 60 million children killed in the womb.

The right to life is the foundation for all other human rights – without life, no other rights can be enjoyed. It is the job of government to secure the basic human rights of its people, especially for those that are the most vulnerable. Science is crystal clear that an individual, unique human life begins at the moment of fertilization, and morality and justice compel us to protect every human life from his or her first moment of existence.

Justice Kennedy’s opinions in subsequent abortion cases showed that he supported Roe while neglecting to affirm the most basic human right of life. An opportunity to appoint a new justice to the court may mean restored constitutional protections for all human beings, born and unborn.

With Kennedy’s departure, legal talking heads would agree that the Supreme Court is now split, 4-4, on reversing Roe v. Wade. With Kennedy’s replacement — predicted to be a young, conservative like Neil Gorsuch — preborn children in this nation may see their right to life restored at last.