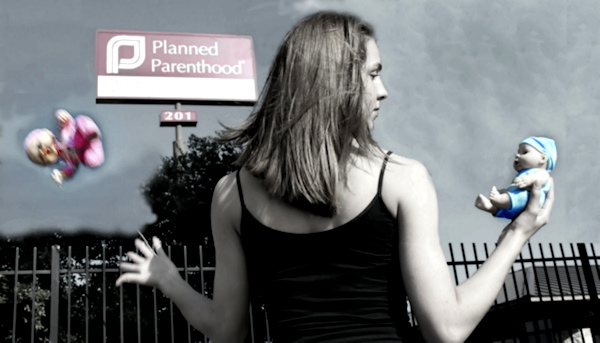 Comedian Amy Schumer has had no shortage of success. The host of this year’s MTV Movie Awards, Schumer is an expert at garnering laughs from hilarious topics. Like abortion.

As she jokes in her stand up routine, “There’s nothing more awkward than going to the first birthday party of a little girl when you told her mom to get rid of her — because the kid can tell.”

Wanting to see a little girl get snuffed out puts the “proudly feminist” comedian among interesting company. In some countries, the birth of a son is cause for celebration. Meanwhile, the birth of a daughter often results in a corpse. And now, thanks to advances in medical technology, many girls don’t make it past their first ultrasound.

Sex-selective abortion is especially prevalent in China. Patriarchal attitudes and the country’s one child policy have lead to a serious gender imbalance, with 118 boys being born for every 100 girls. However, the practice isn’t limited to the Middle Kingdom.

A report published in the Canadian Medical Association Journal described Canada as “a haven” for those seeking to abort their daughters. And, as Live Action has documented, there are those in the U.S. who are willing to offer the service, too.

In May of 2012, Live Action investigated Planned Parenthood’s Margaret Sanger clinic in New York City. Explaining that she was pregnant and planning to abort if she was carrying a girl, the investigator asked for help in determining the baby’s sex. As you can see from the video below, Planned Parenthood staff were more than willing to lend a hand.

When Arizona made performing sex and race selective abortions a felony in 2011, Planned Parenthood wasn’t pleased. Spokesperson Bryan Howard declared, “This law creates a highly unusual requirement that women state publicly their reason for choosing to terminate a pregnancy — a private decision they already made with their physician, partner and family.”

In fact, the law doesn’t require women to declare their reasons for aborting a child. Then again, Planned Parenthood doesn’t have a great track record when it comes to making honest claims.

The group stated in April 2012 that sex-selective abortions are “contrary to everything our organization works for,” just one month before Live Action’s undercover video at the Margaret Sanger clinic was recorded.

While Planned Parenthood might not have a problem with gendercide, polls show that most Americans feel otherwise. If you’re one of them, then please feel free to sign Live Action’s petition calling on Congress to outlaw sex selective abortions. You can find it here, along with more proof of Planned Parenthood’s complicity. Because while the thought of a dead little girl might not bother Amy Schumer, the rest of us don’t see anything to smile about.