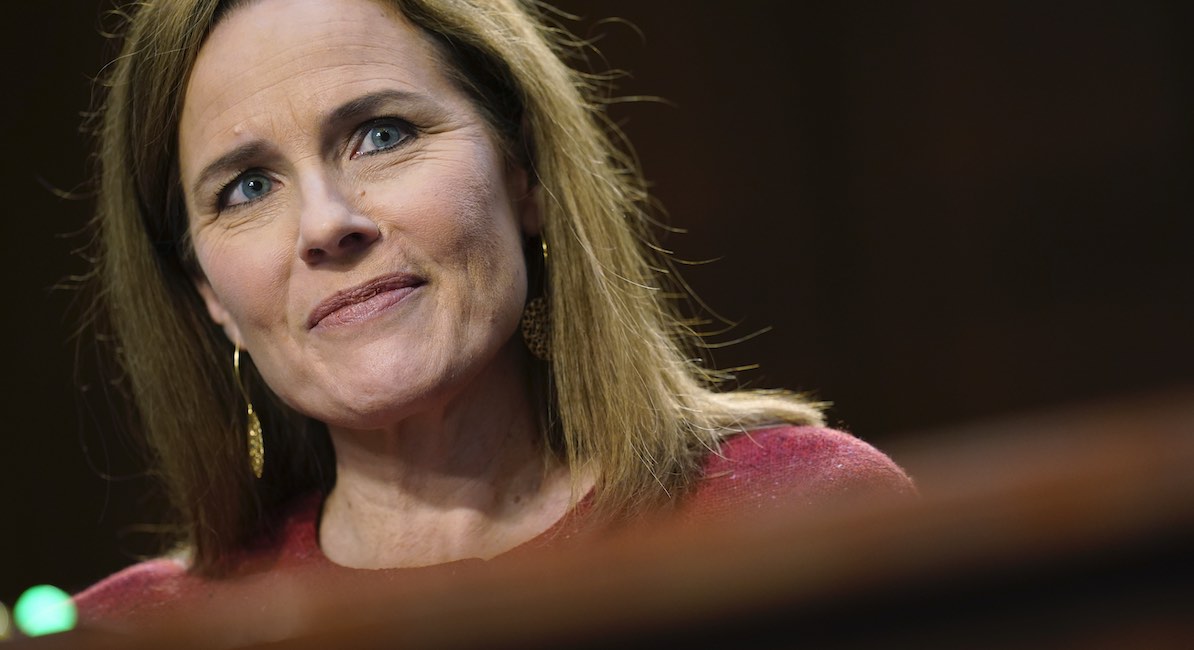 Supreme Court nominee Amy Coney Barrett, currently in confirmation hearings before the Senate, has faced scrutiny for her pro-life stance. A Catholic mother of seven, a law professor at the University of Notre Dame, and a judge on the Seventh Circuit Court of Appeals, Barrett has never hidden her knowledge and understanding that life begins at fertilization (often referred to as “conception”).

In 2006, as a private citizen, Barrett publicly supported St. Joseph County Right to Life, also known as Right to Life Michiana, which has been called “extreme” for taking the scientific position that life begins at fertilization. The organization ran a full-page newspaper ad in the South Bend Tribune noting the need to “defend the right to life from fertilization to natural death,” and Barrett and her husband Jesse signed their names to it. That advertisement also referred to abortion as “barbaric.”

During her January 18, 2013, presentation titled “Roe at 40: The Supreme Court, Abortion and the Culture War that Followed,” Barrett spoke “to her own conviction that life begins at conception,” reported Notre Dame Magazine. Abortion advocates are attacking her for this, but science shows that Barrett’s convictions align with scientific fact.

The first cell of a new and unique human life begins existence at the moment of conception (fertilization) when one living sperm from the father joins with one living ovum from the mother. It is in this manner that human life passes from one generation to another.

In The Developing Human: Clinically Oriented Embryology, professors Keith Moore, TVN Persaud, and Mark Torchia also note that life begins at the moment of fertilization, writing, “Human development begins at fertilization when a sperm fuses with an oocyte to form a single cell, the zygote.”

Along with National Geographic, The Endowment for Human Development, a scientific non-profit group, released a documentary about the development of human beings inside the womb. Of fertilization, EHD stated:

The two cells gradually and gracefully become one. This is the moment of conception, when an individual’s unique set of DNA is created, a human signature that never existed before and will never be repeated.

Medical experts and medical textbooks concur that a new human life exists at that first moment of fertilization “in a bright flash of light as a sperm meets an egg….” That moment has been captured on film in “[a]n explosion of tiny sparks” that “erupts from the egg at the exact moment of conception.”

Thanks to ultrasound technology and other advances in science, gone are the days when people believed life began at the “quickening” or the first moment a woman felt her preborn child kick. Now, life inside the womb is better understood than ever before in history, including the fact that the human heart begins to beat between 16 and 22 days post-fertilization. Barrett’s so-called “extreme belief” that life begins at fertilization isn’t merely a belief — it is knowledge built from scientific data.