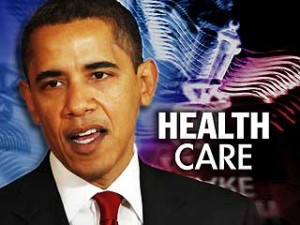 Americans have been deceived by the cheap paper that holds an Executive Order saying no taxpayer funds can be used for abortion, a report today shows. How many abortions citizens have paid for is something that may not be known, but what is known is that despite the words given by the president and promised under the Affordable Care Act (ACA), a large number of health plans are covering elective abortions.

A comprehensive report release by the non-partisan US Government Accountability Office (GAO) revealed that 28 states have no laws restricting how abortion services are covered, and some don’t even disclose to their insured that they are paying for abortions.

“This report exposes what we’ve known all along: that Obamacare was designed to force Americans to pay for abortions. Federal law protects Americans from paying for others’ abortions, but Obamacare architects built a purposely deceptive accounting scheme into the massive law that makes people in all 50 states fund abortion. We were told that we had to pass the bill to find out what was in it. Now we know one other thing that’s in it: corporate welfare for the administration’s abortion industry cronies. Instead of deceiving the American people, the administration needs to follow federal law and deliver on the transparency we were promised.”

The report, which included a comprehensive analysis of the use of money for abortions in health care plans, notes that, “PPACA prohibits the use of federal funds made available to offset the cost of QHP coverage — that is, income -based tax credits and subsidies—to pay for ‘non-excepted abortion services,’ which, based on the law applicable to the 2014 benefit year, are abortion services performed except where the pregnancy is the result of an act of rape or incest, or the life of the pregnant woman would be endangered unless an abortion is performed.”

Indeed, a look back at the Executive Order that President Obama issued during the ACA abortion controversy seemed to satisfy some with its promise that they would not pay for elective abortions:

“[I]t is necessary to establish an adequate enforcement mechanism to ensure that Federal funds are not used for abortion services (except in cases of rape or incest, or when the life of the woman would be endangered), consistent with a longstanding Federal statutory restriction that is commonly known as the Hyde Amendment.”

But others offered concern that an Executive Order was worth no more than the paper on which it is written. The GAO report now shows that to be the ultimate reality.

“Today’s GAO report confirms that under the president’s health-care law, abortions are being paid for with taxpayer funds by more than 1,000 exchange plans across the country. This information has been hidden from the American public for years by the Obama administration, which repeatedly denied congressional requests for its public release.”

The GAO surveyed 18 insurers who offer QHP that offer these non-excepted abortion services and found that 15 had “the benefit is not subject to any restrictions, limitations, or exclusions.” The report further details that only some insurers have even informed enrollees that they are covering abortions.

“While most issuers from which we collected information indicated they were notifying enrollees that abortion services were provided as a covered benefit, four issuers indicated they were not disclosing this information to enrollees. Officials with two of these four issuers told us they had only recently become aware of this requirement, and were in the process of updating their enrollee materials to come into compliance with the notification requirement. Officials with the other two issuers, both of which offered QHPs in the same state, told us that they are not providing enrollees with notification of the coverage of non-excepted abortion services at the time of enrollment. These officials said that they use model plan materials developed by the state that do not specifically indicate that non-excepted abortion services are a covered benefit, and that such information would only be provided upon enrollee request.”

But why would most enrollees think to request this when the Executive Order says in Section 2:

If Americans were led to believe that the order would then give them relief and let them comfortably buy into a health insurance exchange believing that the president had protected them from funding abortions, they would not think to be asking for documentation to the contrary. This order comes laden with promises of not covering abortion and of strict financial accounting. Now the facts show that that Executive Order was actually, as many worried, only worth the paper on which it was printed.

This interactive map from the GAO will let you check your state and plan for detailed information.