As Live Action News previously noted, the American College of Obstetricians and Gynecologists (ACOG) is not neutral; it is pro-abortion. Now, a review of documents published by the ACOG indicates that the organization is also incredibly hypocritical; it has stricter guidelines for birth centers than for abortion facilities. ACOG celebrates abortion, and seems to work to protect abortion providers from any restrictions or regulations.

The ACOG claims in its 2017 ACOG Committee Opinion on planned home births that “each woman has the right to make a medically informed decision about delivery,” but believes that “hospitals” and “accredited birth centers” are the safest places to give birth. It warns women to be selective on who performs the birth, stressing the use of a “certified” midwife or “physician practicing obstetrics within an integrated and regulated health system; ready access to consultation; and access to safe and timely transport to nearby hospitals.” But when it comes to abortion, the same standards are not applied. 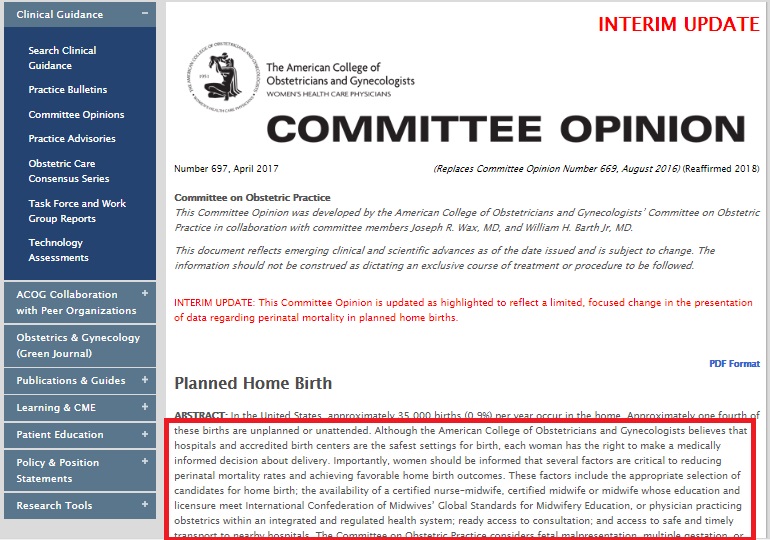 ACOG’s Practice Bulletin on first trimester abortion downplays the fact that serious infections can occur — some that have resulted in hospitalization or death — and fails to suggest that patients verify the facility has access to safe and timely transport to nearby hospitals. 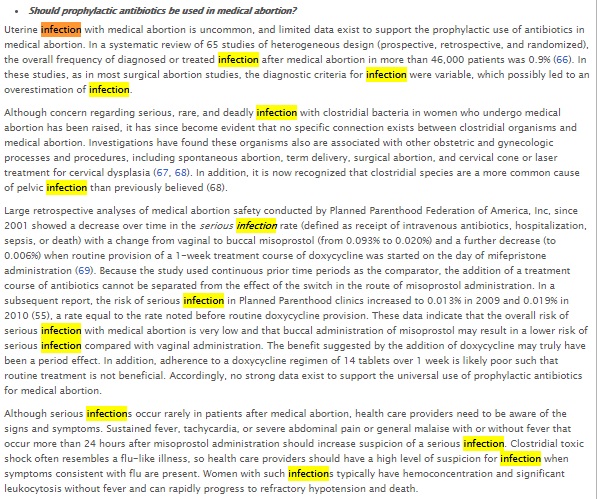 And even though ACOG claims that abortion-related mortality increases with each week of gestation, ACOG’s Practice Bulletin on second trimester abortion also fails to suggest facilities have a means of emergency transportation.

In ACOG’s “How I Practice” video series, the organization warns of an “increase in the number of women who are attempting homebirth… attended by certified professional midwives or birth attendants who do not have hospital admitting privileges,” but when it comes to abortion, ACOG champions expansion for non-physicians to commit the procedure without hospital admitting privileges. 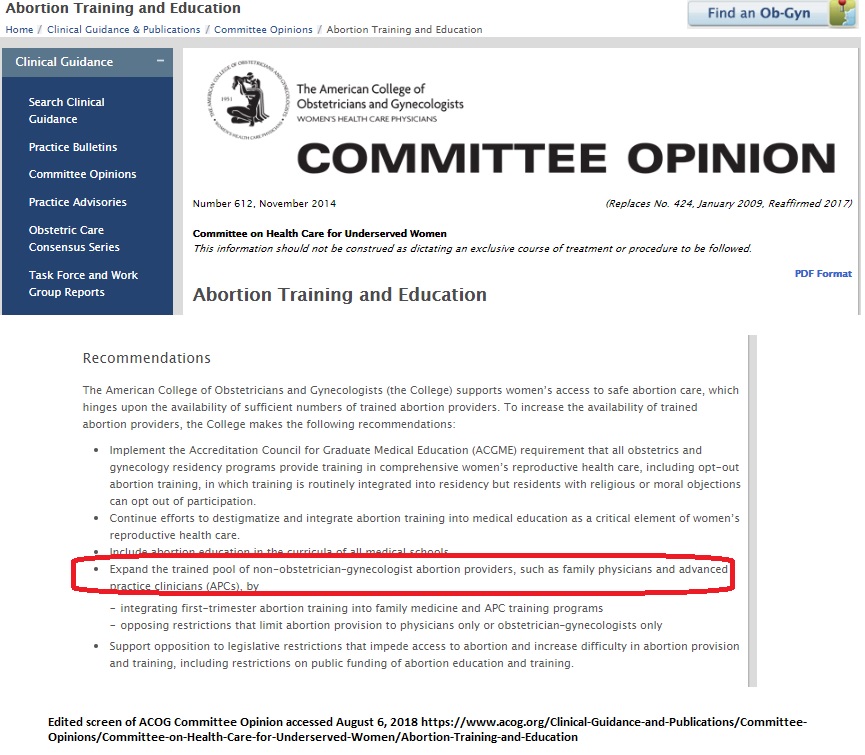 In a Practice Bulletin on “Ultrasound and Pregnancy,” ACOG states that “obstetric ultrasonography is an important and common part of obstetric care in the United States.” Ultrasound use in the first trimester is appropriate to detect an ectopic pregnancy, assess the gestational age of the fetus, and “for patients with uncertain or unreliable menstrual dating or with an indication to confirm viability.” 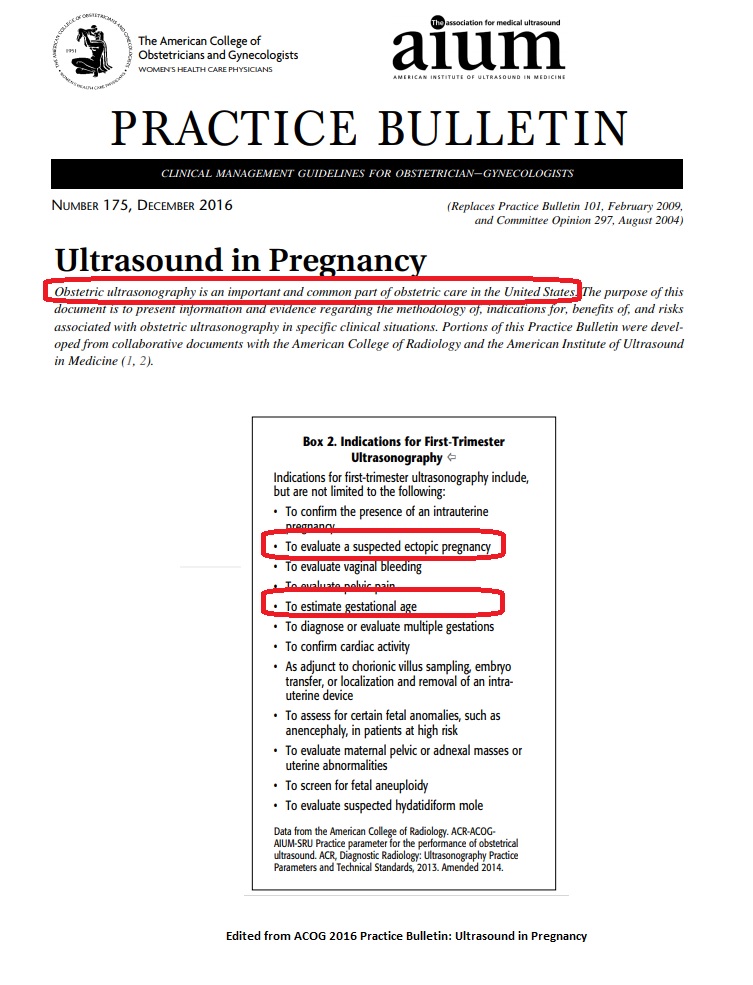 In contrast, in its Committee Opinion, ACOG opposes sensible abortion laws, including ultrasonography and requiring that abortionists “obtain hospital admitting privileges,” because “they improperly regulate medical care and do not improve patient safety or quality of care.” 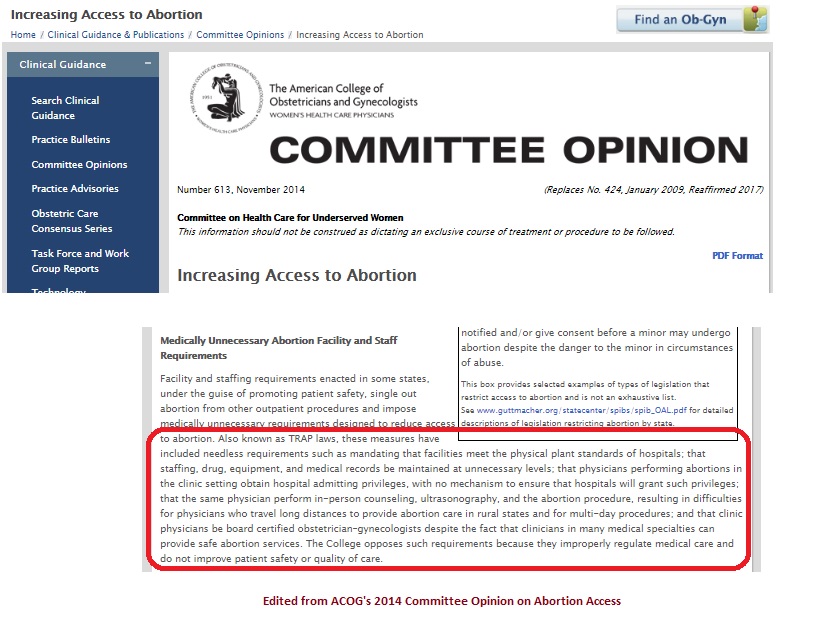 And yet, ACOG and the Society for Maternal-Fetal Medicine suggest that birth centers have hospital transport agreements at the very least. That document states that when it comes to birth centers, guidelines for a “level one” facility treating “low-risk” pregnancies should include “an established agreement with a receiving hospital with policies and procedures for timely transport”. 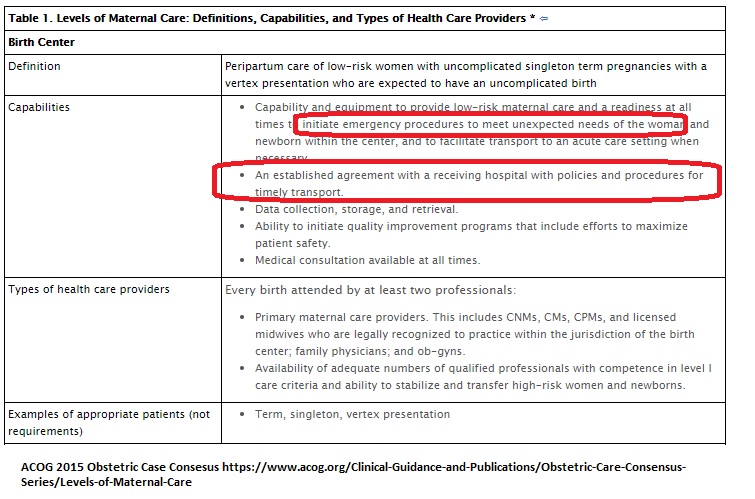 Under “Birthing center providers plus,” guidelines for centers treating “uncomplicated pregnancies” include ensuring the availability of an obstetric provider with privileges to perform emergency cesarean available to attend all deliveries.

To recap: ACOG thinks hospital and transport agreements are good for birth centers but bad for abortion facilities.

But while ACOG actively endorses abortion, it is what ACOG doesn’t say that speaks the loudest. When it comes to a home birth, ACOG intentionally claimed that it opposes the use of midwives that do not meet certain licensing standards. 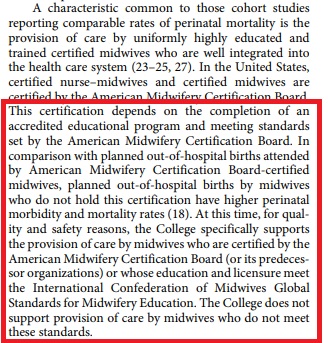 ACOG on the use of midwives for hoe birth

The abortion group Gynuity Health Projects is currently conducting clinical trials for the “home use” of Mifepristone (RU-486, a.k.a. abortion pill) and  Twitter indicates that ACOG has embraced the mail order pill experiment, allowing a presentation of “TelAbortion” at its conference. 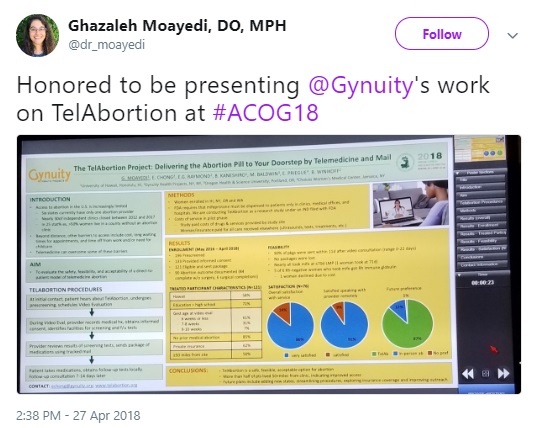 A website has even been created to recruit for this experiment without any warnings from ACOG.

In addition, ACOG has failed to issue warnings against SB320 legislation in the State of California, which, if enacted, would force college health centers to offer RU-486 pills to pregnant students. Live Action News documented that nearly two dozen women have died and a thousand have been hospitalized from these pills in past years, and yet this is a risk that appears to be acceptable to ACOG’s abortion partners. 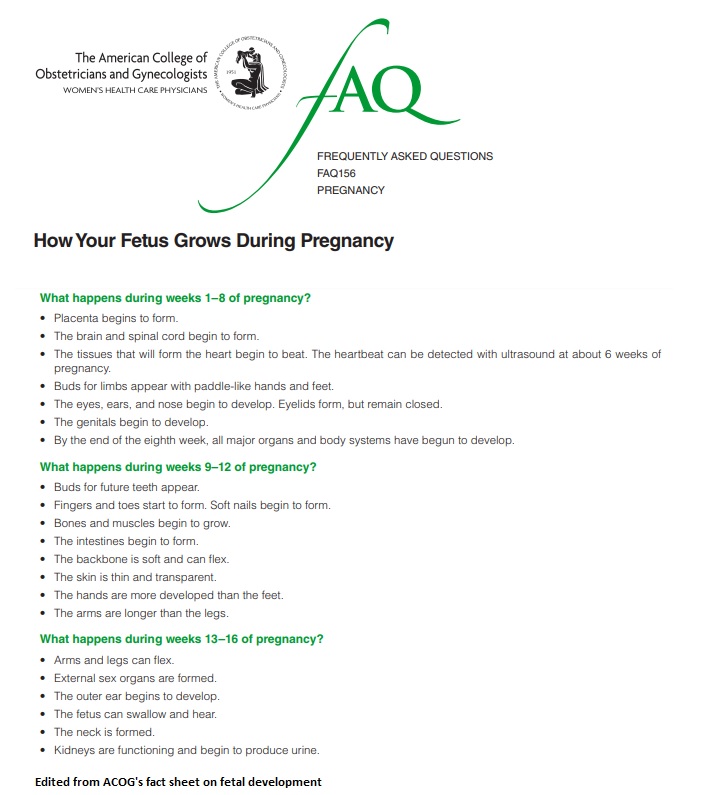 ACOG’s insistence on pregnant mothers receiving the safest medical care during pregnancy is both necessary and commendable. However, its hypocrisy regarding abortion facilities, which should be held to the same level of scrutiny, is glaring, and it is evident that when it comes to abortion, anything goes where ACOG is concerned… no matter the cost to women or young girls. If the ACOG truly cared about women, it would hold abortion facilities to the same health standards as birth centers and other surgical centers.