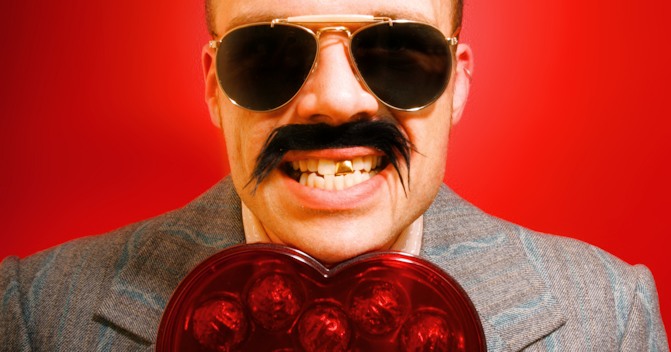 Eight years ago, Time magazine described Amanda Marcotte as “an outspoken voice of the left.” Since then, the blogger has built a reputation as someone who’s always ready to condemn misogynists and scoundrels. Well, unless she happens to have worked for them, of course.

In 2007, Marcotte took a job on John Edwards’ presidential campaign. The former North Carolina senator would later admit to having an extramarital affair while his wife was stricken with cancer–exactly the sort of behavior that you’d expect to earn a barrage of feminist fury.

Or not. The bulk of Ms. Marcotte’s ire wasn’t directed towards the way that her old boss had betrayed a vulnerable woman. No, what really upset her was the fact that federal prosecutors decided to indict Edwards after he was accused of sending campaign funds to his mistress.

While Amanda Marcotte may have been willing to go easy on John Edwards, she thankfully isn’t so forgiving of men who joke about rape and support lowering the age of consent to twelve. When a recent article in GQ claimed that this sort of behavior was tolerated at a gathering of men’s rights activists, Marcotte denounced the attendees as “misogynists,” “manipulative abusers,” and “self-pitying creeps.” But while she’s quick to attack alleged misogynists and abusers, she also champions a cause that helps them out: abortion on demand and with no questions asked.

Abortion is a useful method for hiding sexual abuse. After all, a baby bump can raise questions, especially when the person sporting it is below the age of consent. Gary Cross encountered that problem after impregnating his thirteen year-old step-daughter. Luckily for him, Planned Parenthood was able to arrange a late term abortion, thus allowing the abuse to continue. Cross wasn’t unique, as the organization has aided plenty of other predators too.

Far from being aberrations, those cases seem to reflect a broader culture of accepting abuse at Planned Parenthood. The group Life Dynamics has recorded hundreds of calls made to Planned Parenthood and National Abortion Federation centers by an actress who claimed to be underage and pregnant by her adult boyfriend. Time and again, staff were willing to facilitate statutory rape by setting up a secret abortion. Further, Planned Parenthood employees have also been caught offering to arrange abortions for child prostitutes, including those who “can’t speak English” and “won’t know what’s going on.”

As you might imagine, this has lead to calls for an investigation, especially given that Planned Parenthood receives over a half billion dollars every year in taxpayer dollars. Ms. Marcotte isn’t on board. Rather than express outrage at how the abortion industry has assisted abusers, she’d rather smear pro-life organizations that are working to expose the problem.

If you don’t share those priorities, then feel free to tell Congress: Live Action has created a site featuring an online petition asking lawmakers to hold Planned Parenthood to account. It also hosts multiple undercover videos that further document Planned Parenthood’s misdeeds. Because although Amanda Marcotte might be content to complain about creeps and abusers, pro-lifers are actually trying to stop them.