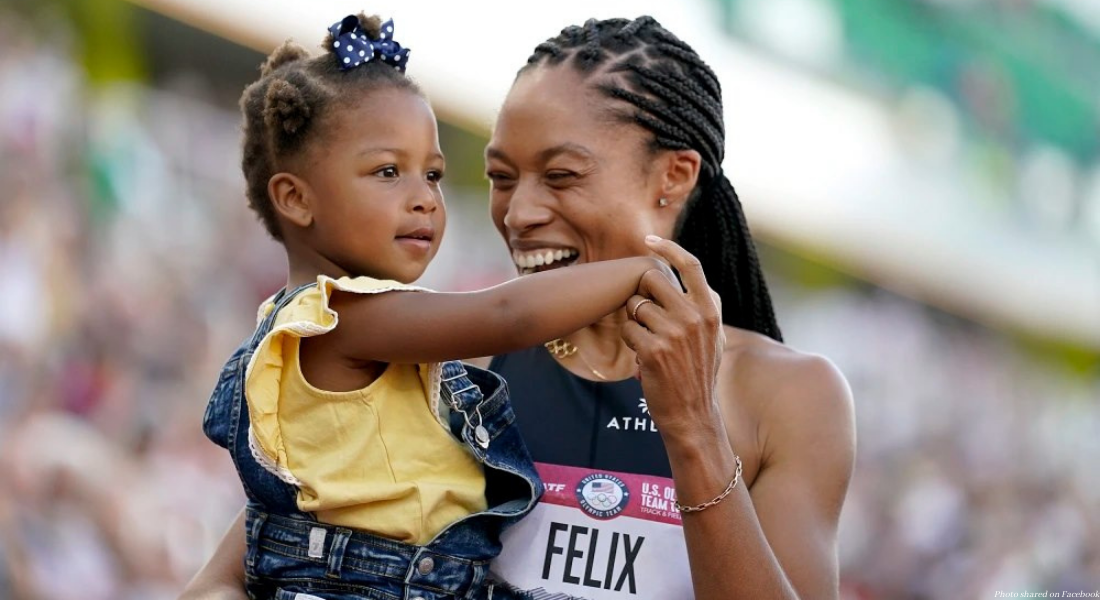 Allyson Felix is heading to Tokyo to participate in her fifth Olympics — but her first as a mom. And in the process, she’s helping to provide child care for other Olympian moms like her.

In June, Live Action News reported that the nine-time Olympic medalist in track credited motherhood with helping her find her voice to advocate for athletes who are mothers. Despite her tremendous professional success, Felix’s sponsor company, Nike, discriminated against her during pregnancy, even threatening her with a 70% pay cut.

In response to criticism from athletes like Felix, Nike responded by creating more maternity-friendly policies, saying, “We have learned and grown in how to best support our female athletes.” Yet female athletic superstars — including Simone Biles — have still left Nike, with Biles saying she wanted to work for a company that allowed her to be a voice for other women.

Far from holding her back, Felix said becoming a mother has made her a better athlete and advocate. She commented in an interview, “Becoming a mom — it shifted my focus to thinking about this world that my daughter will grow up in. I don’t want her to have the same battle. [Motherhood] gave me that final bit of push that I needed and helped me find my voice so that I could speak on these very important issues.”

That advocacy led Felix to recently partner with both her sponsor company, Athleta, and the Women’s Sports Foundation to create The Power of She Fund: Child Care Grants. According to the Fund’s website, “With the Child Care Grant, Athleta and WSF continue their work to support individuals and communities of women to reach their limitless potential by providing resources that enable mom-athletes to compete without barriers… The expense of child care is one of the main obstacles facing mom-athletes who want to stay in the game while raising a family. Our shared belief is that athletes should not have to choose between competition and motherhood.”

Felix herself is quoted as saying, “As a mom and an athlete, I know firsthand the obstacles that women face.  I wanted to work with Athleta and the Women’s Sports Foundation to take an important step in supporting female athletes as whole people — both on and off the field—by offering financial child care support to mom-athletes headed to Tokyo.”

The Fund will disburse $200,000 in grant money in 2021 to cover childcare costs for qualified female athletes, many of whom do not have any significant corporate sponsorship, with $10,000 allotted to each recipient. Nine of the recipients have already been chosen, and they include Gwen Berry, an Olympic hammer thrower, Olympic saber fencer Mariel Zagunis, and Paralympic volleyball player Lara Webster.

Webster told Fast Company, “It’s not an exaggeration to say that this grant is life-changing. It’s not just the money: It’s that big companies are now beginning to understand what the struggle really is for mom athletes… It sends the message to all female athletes that we don’t have to choose between motherhood and our sport. We can do both.”