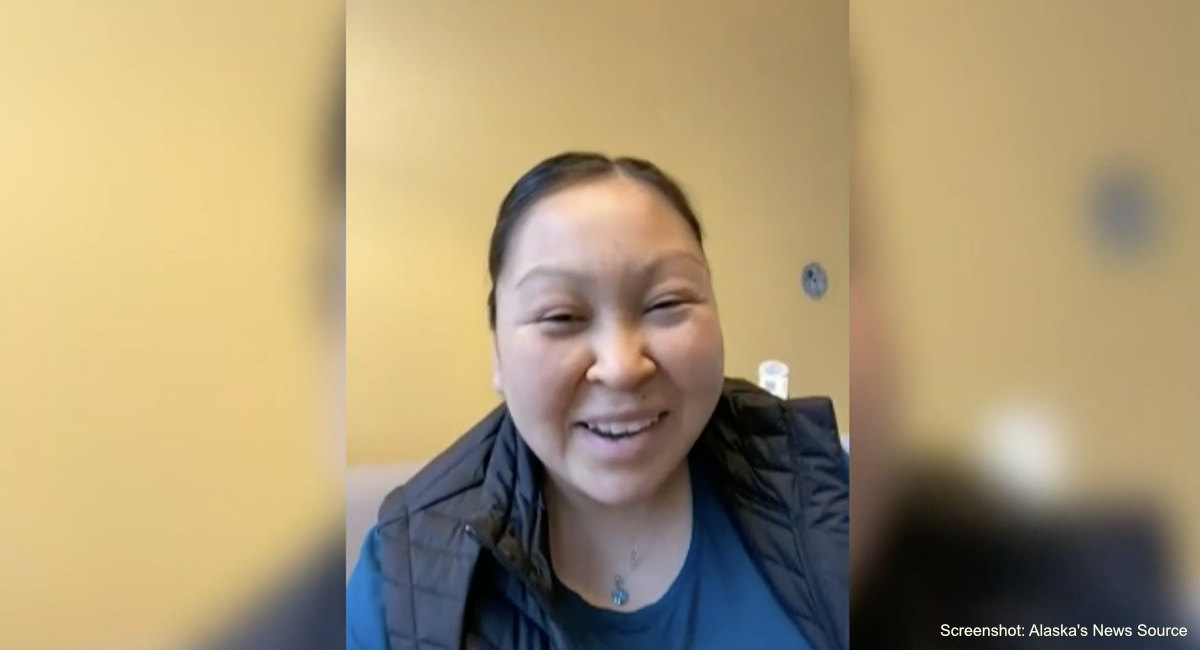 A woman who lives in a remote Alaskan region recently had to be airlifted to a hospital when she went into labor prematurely. Thanks to the Alaska Air National Guard, both she and her baby are now doing well.

Kristin Jessie lives in Shaktoolik, a small village in western Alaska with a population of around 260 people. Though she wasn’t due to have her baby until February 16, Jessie unexpectedly went into labor on the morning of Christmas Eve.

“As soon as I got up, a bunch of blood started gushing out,” Jessie told Alaska’s News Source. “So it turns out that my water broke at that time too… I was 100 percent concerned for my baby.”

Jessie went to the local medical clinic, which called for a medevac to transport Jessie to a hospital. However, strong crosswinds made it impossible for the emergency aircraft to land. Thankfully, the Alaska Air National Guard was able to step in and help, flying over two hours from Anchorage to assist Jessie and her preborn child.

“We got the call that a pregnant lady in Shaktoolik was having some medical complications,” National Guard Capt. Erin Phillips said. “The weather, the winds, and the nighttime did not affect us in that situation.”

“Crosswinds at the unattended, gravel airstrip in Shaktoolik and surrounding airfields were gusting in excess of 35 knots,” explained Maj. Paul Rouenhorse, the search and rescue duty officer for the mission, in a statement published in Alaska Native News. “While this exceeds weather limitations for civil air ambulance, the HH-60 is capable of hovering into and safely landing in extremely high winds.”

The Air Guardsmen also worked to ensure a blood transfusion was possible for Jessie.

“[Alaska Native Medical Center] reported that the patient was losing blood, so we immediately contacted our mission support team to coordinate a blood pickup from the 673d Medical Group,” said Senior Master Sgt. Christopher Bowerfind, the lead pararescuemen on the mission. “This is the first time that the 212th Rescue Squadron has administered a blood transfusion in support of Alaska civil search and rescue missions.”

The Guard noted that the whole village worked to help get Jessie to safety. “This mission was truly one of those ‘only in Alaska’ moments,” said Bowerfind. “The patient was surrounded by family as the entire village showed up to offer help; from vehicle transport to and from the helicopter to safe movement across the ice. It truly takes a village.”

Jessie was successfully transported to a hospital, where she gave birth to her daughter, Kinley, several days later on December 29. Though Jessie has been discharged, Kinley is still in the NICU while her lungs continue developing.

“She’s got quite a story to tell, and we’ll definitely tell this story to her,” Jessie said.