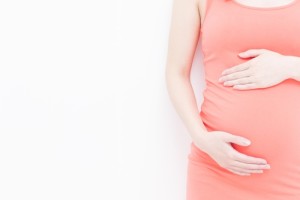 The Alabama state legislature approved two bills this week that increase the waiting period for an abortion from 24 to 48 hours and require more documentation of parental involvement in minors’ abortions.

The waiting period bill, HB 489, passed on Wednesday and is headed to Governor Bentley’s desk. Abortion waiting periods allow mothers more time to consider the facts of abortion, a life-changing decision that quite a few women report feeling pressured to make.

Mississippi’s lone abortion facility is located in Jackson, meaning it’s often more convenient for women in roughly half of Mississippi to travel to the West Alabama Women’s Center in Tuscaloosa or the Mobile, Alabama Planned Parenthood for abortions. A longer waiting period in Alabama could discourage mothers from traveling to Alabama specifically for abortions.

The parental consent bill, HB 949, would require that a parent consenting to his or her child’s abortion sign the consent form in the presence of a physician. The bill also requires that parents prove their identity.

In 2008, Live Action documented the Birmingham Planned Parenthood – which has been mysteriously closed since December – encouraging minors to fake the parental permission required by law for an abortion by having someone other than a parent sign consent forms.

If a parent isn’t present to sign the consent form, is there really any way to prove that he or she signed it?

The bill also would require minors petitioning a juvenile court to waive the parental consent requirement to provide “probative and admissible evidence that she has been informed and understands the medical procedure of abortion and its consequences and that she has been informed and counseled by a qualified person as to the alternatives to abortion.”

The court would also be able to “appoint a guardian ad litem for the interests of the unborn child of the petitioner who shall also have the same rights and obligations of participation in the proceeding as given to the Attorney General. The guardian ad litem shall further have the responsibility of assisting and advising the court so the court may make an informed decision and do substantial justice.”

The parental consent bill is also headed to Governor Bentley for a signature.