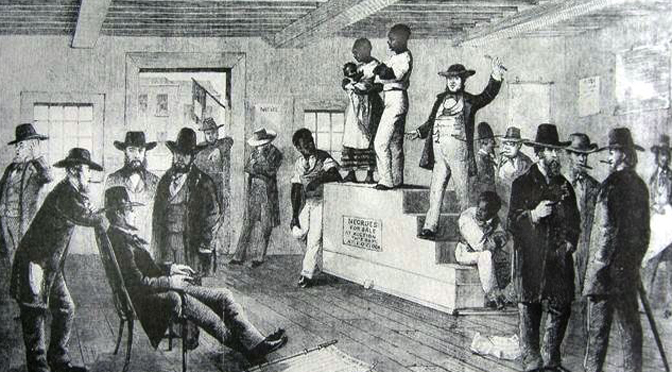 Ordained minister Onawu Pickett has been through her share of rough times as a person, a woman, and an African-American. In a recent interview with Kevin Burke of Priests for Life, Pickett shares her story, including her journey to healing from abortion and her passion to help her fellow African-American women escape what she views as a new form of slavery: abortion culture.

Pickett grew up the daughter of migrant farm workers, who met at a cotton work camp in California. Her father was extremely abusive to her mother, she says, her grandfather was murdered, and she was sexually abused at age four by an older neighbor boy.

When she was a senior in high school, Pickett was raped by an ex-boyfriend and became pregnant. Although her father pressured her to abort, she chose to keep the baby. Her son is currently in the army, and has served two tours in Iraq.

Shortly after the Supreme Court’s decision in Roe v. Wade, Pickett became pregnant again twice while in college, and chose abortion in both cases. “It is amazing how easy it was for me to accept the pro abortion Planned Parenthood counseling back then,” she told Burke in the interview. “I was convinced that I was not carrying a human being.”

Years after her second abortion, she began to experience some disturbing symptoms and intense fears. For years she had to fight through them, until she found help at a local pregnancy resource center, and further healing at a Rachel’s Vineyard retreat for women and men facing post-abortive issues.

Now, years later, Pickett wants to share the healing she has experienced with women in similar situations. She feels a special calling to reach out to African-American women, who she hopes to help set free from the pro-abortion thinking that holds so many captive. She explains:

When the slaves were taken from our homeland, many women who were pregnant with child would throw themselves overboard and drown so as not to bring their children into slavery. Some women would drown themselves and their live children. I know that abortion is a form of bondage as well.

I believe that we have been conditioned to believe giving up life will make it all better for mother and child. For the child it would not have to face a cruel world and not wanted by its parents or society.

Pickett says that one of the greatest obstacles to freedom is the challenge of spreading awareness to women, church leaders, and government officials of the need for healing from abortion. “My prayer is that we no longer be enslaved to poverty and violence; especially in the womb,” she explains, “not only for African Americans but for human beings as a whole.”

Decades ago, Bob Marley first sang the now-famous lines “Emancipate yourselves from mental slavery / None but ourselves can free our minds.” Near the end of her interview, Pickett echoes a similar sentiment, encouraging her fellow African-Americans, as well as women and men of all races, to join her in viewing abortion culture from an open-minded perspective.

We have patterned ourselves by allowing The [Margaret] Sangers of the world to cheat us of our dignity and the right to life and family.

The Proclamation of Emancipation was signed into affect January 1, 1863 by President Abraham Lincoln…but we are still in bondage to think we will never be any better. We must know that the abortion industry was designed to eradicate black people as a race. Without our children we have no future. We are erasing our scientist[s], doctors, teachers, leaders and so forth. Healing brings on the continuing of love, hope and success in our communities to share with other races as well.