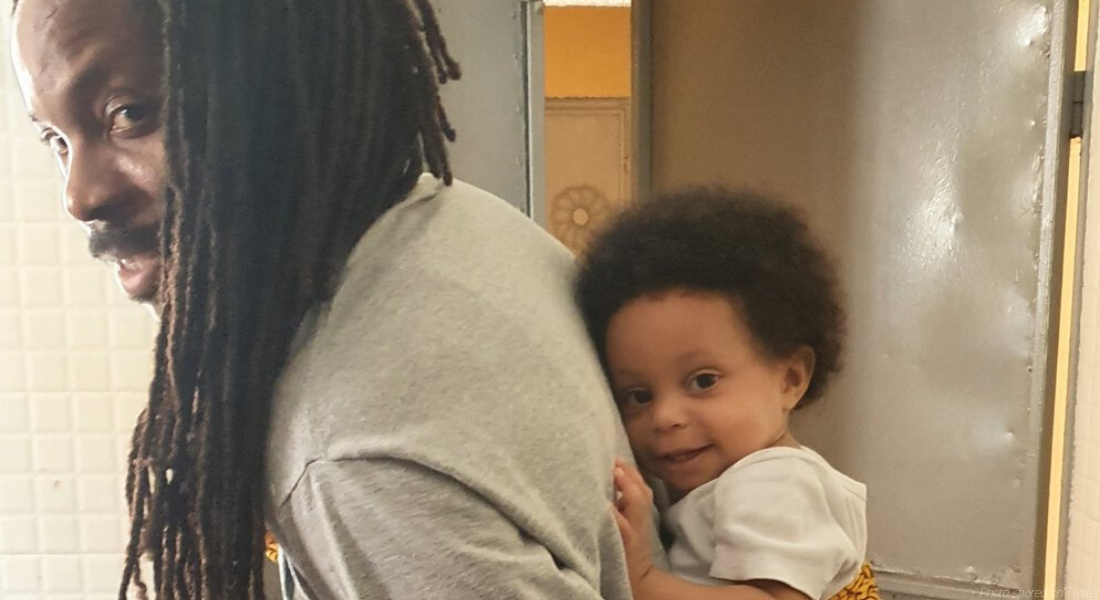 A photo of a dad carrying his daughter may not seem like something unusual, but one particular photo has gone viral. David Moinina Sengeh is a politician in Sierra Leone, serving as the education minister and Chief Innovation Officer for the Directorate of Science, Technology and Innovation. And his precious moment with his baby is garnering international attention.

While Sengeh studied biomedical engineering at Harvard University and then got his Ph.D. from the Massachusetts Institute of Technology (MIT) working in the field of prosthetics, it was an effort to address gender inequality in Africa that led Sengeh to post the now-famous picture. Women in Africa routinely carry their children on their backs, but it is extremely rare for men to do so. Sengeh believes this needs to change. In a tweet, he issued a challenge about working from home while also caring for children.

“Working from home? How did u join your last zoom call?” he wrote. “As Minister, I started my last call feeding my 10-month-old, then carried her on my back for the rest of the call. The presentations helped her sleep. I invite you to share with the world how you worked from home as a leader.”

Working from home? How did u join your last zoom call? As Minister, I started my last call feeding my 10 month old, then carried her on my back for the rest of the call. The presentations helped her sleep. I invite you to share with the world how you worked from home as a leader. pic.twitter.com/wrkDwu58B5

In an interview with the BBC, Sengeh talked about his motivation for posting the picture. “Many women do this daily, but it is so normalized that we don’t talk about it at all. If it was my wife who did it then this would not have been a viral tweet,” he said. His daughter, Peynina, was eating in the kitchen with him when he started the Zoom call, and she got sleepy. He said he hopes the picture “forces men to think about themselves, it shows them that it is possible to take care of their child.”

“I have friends who have never ever changed a diaper and they have several children, and they don’t even understand how that is possible,” he added.

READ: Newborn baby smiles at Dad when she recognizes his voice

Sengeh has long been working to overcome gender equality, especially in regards to education. In Sierra Leone, girls are more likely to drop out of school than boys are, and teenage pregnancy is a big problem. Pregnant girls were banned from attending school until a month ago—and it was Sengeh who worked to overturn that ban.

Other dads responded to his challenge, posting pictures from around the world to show that they’re taking a hands-on approach to raising their children, too.

Mimi told me to back her and she will be asleep under 3 minutes.
11 hours later she is still smiling.
👇 pic.twitter.com/Eorh6HvE8l

From #Italy with #love pic.twitter.com/qVc2lTg1Qa

I had lots of help with typing during this and many recent remote meetings… pic.twitter.com/tWTdFRFsqE

Other politicians have notably brought their children with them to work. Jacinda Ardern, the prime minister of New Zealand, brought her baby girl with her to the United Nations General Assembly. In 2018, Tammy Duckworth became the first United States senator to give birth while in office, and she brought her daughter to work with her. Italian politician Licia Ronzulli brought her daughter with her to vote in the European Union Parliament. Trevor Mallard, New Zealand’s Speaker of the House, is a father of three, and he helped feed a colleague’s baby during parliamentary debates. Jorge Elorza, the mayor of Providence, Rhode Island, regularly brings his toddler son with him to work.

Being a parent is hard, no matter what the person’s gender is or where they may live. But all of these examples show that children are not incompatible with a successful career.