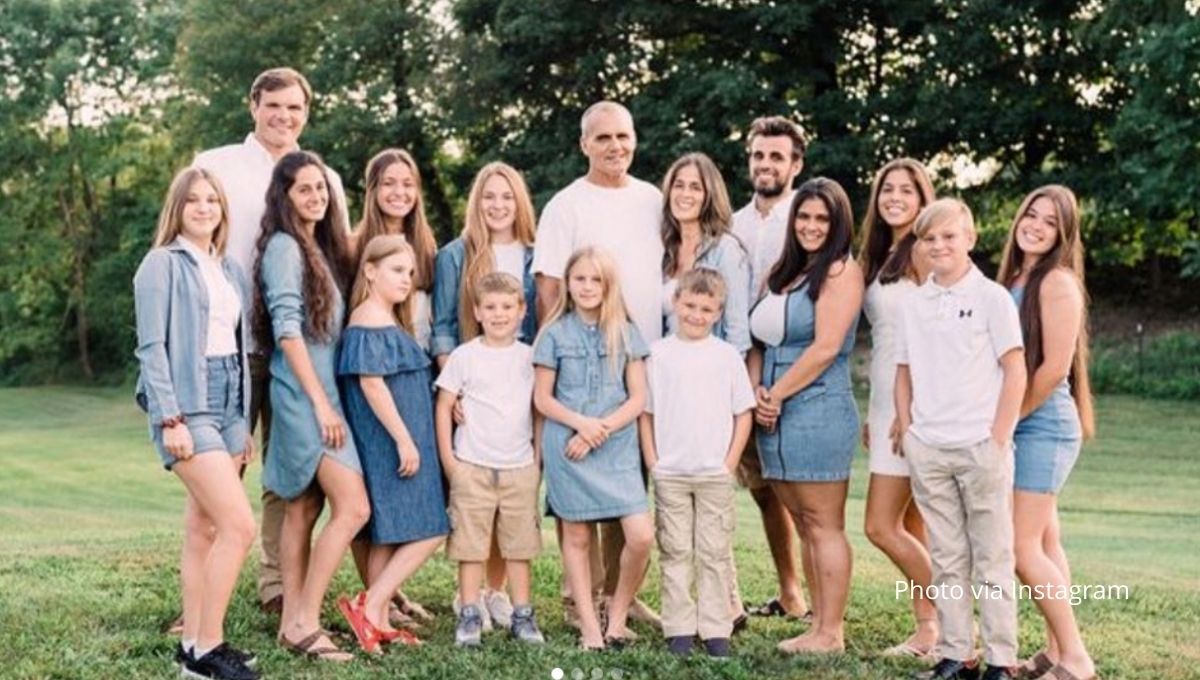 In honor of National Adoption Day on November 20, People magazine featured an incredible story of a New Jersey couple with six biological children who adopted seven siblings, ages six through 17, from Ukraine.

Michelle and Wade Torppey attend a church that regularly partners with Open Hearts and Homes for Children, a nonprofit organization that brings orphans from Latvia and Ukraine to the United States for a month of vacation around Christmastime each year. In 2018, when their two youngest children were still in high school, Wade and Michelle learned of a set of five Ukrainian siblings in need of a host family.

“My pastor’s wife got word of a family of five kids, and thought they might be split up among two families here so they could be close for Christmas,” Michelle told PEOPLE. “I showed the picture to my husband, who took one look and he said, ‘Let’s take all five of them.’ Okay! In my mind, I’m thinking, ‘It’s a month, I can do anything for a month.’ It’s a lot of kids, we already have six, and now we’re going to have five more.”

While the Torppey children first told their parents, “You guys are nuts,” once the young visitors arrived the “whole family just fell in love.” The five siblings later returned for a longer nine-week visit in the summer of 2019.

According to the Morristown Daily Record, the five siblings were part of a larger family unit of ten children, eight of whom were young enough to go to an orphanage after the 2016 death of their father and the 2018 death of their mother. For their visits to America, the five siblings left behind two younger brothers who were ages three and four, below the age cutoff for the visit program, and one half-sibling who went to live with relatives. Additionally, two older sisters had already aged out of the program, which accepts children up through age 16.

While Wade had been considering adoption for as many of the siblings as were interested from the start, Michelle came on board with that plan after the summer 2019 visit. She summarized, “So at the end of 2019, my whole family went to Ukraine to spend Christmas with them; we met the older sisters and the younger brothers, and we had a really good time. We saw the orphanage and knew they’d been loved and taken care of. Once we all got to know each other, the sisters said, ‘Thank you so much for taking care of them, and we’re happy that they’re going with you. We know they’re going to have a better life.'” Bureaucratic red tape on Ukraine’s end coupled with the COVID-19 pandemic postponed the family’s dreams until finally in January of 2021 the family flew to Ukraine for an official first adoption visit.

On June 23, the Torppey family returned to Ukraine once again, and on July 2, they flew back to the United States along with their seven newly adopted children. Michelle joked that charades and Google Translate are their primary forms of communication, but soccer is also helping the American and Ukrainian siblings bridge the language gap.

According to Michelle, her older biological children are vital helpers in keeping the house running smoothly. “When you hear the number 13, it’s like, ‘Whoa, how do you get that many kids out the door?’ But my six are incredibly helpful and supportive — they’re like the pit crew. They shop for me, they help me get the kids ready for school, they drive the kids back and forth.” The two oldest biological children taught themselves Ukrainian and Russian in order to be able to communicate with their adopted siblings.

As the Torppeys navigate the expected growing pains of dramatically expanding their family as well as pursuing healing from their traumatic past for the adopted siblings, they look to their local community for support and to God for strength.

“We try to teach them that, yes they’ve had a rough life at their age, and bad things happened,” explained Michelle. “They lost their parents, that’s tragic, that’s traumatizing. But, if you look at the big picture, God had a plan for these kids. Even though we didn’t know them 20 years ago, when the time came, He placed them on our hearts. Our two worlds came together at just the right time, and God had a plan for them all along.”