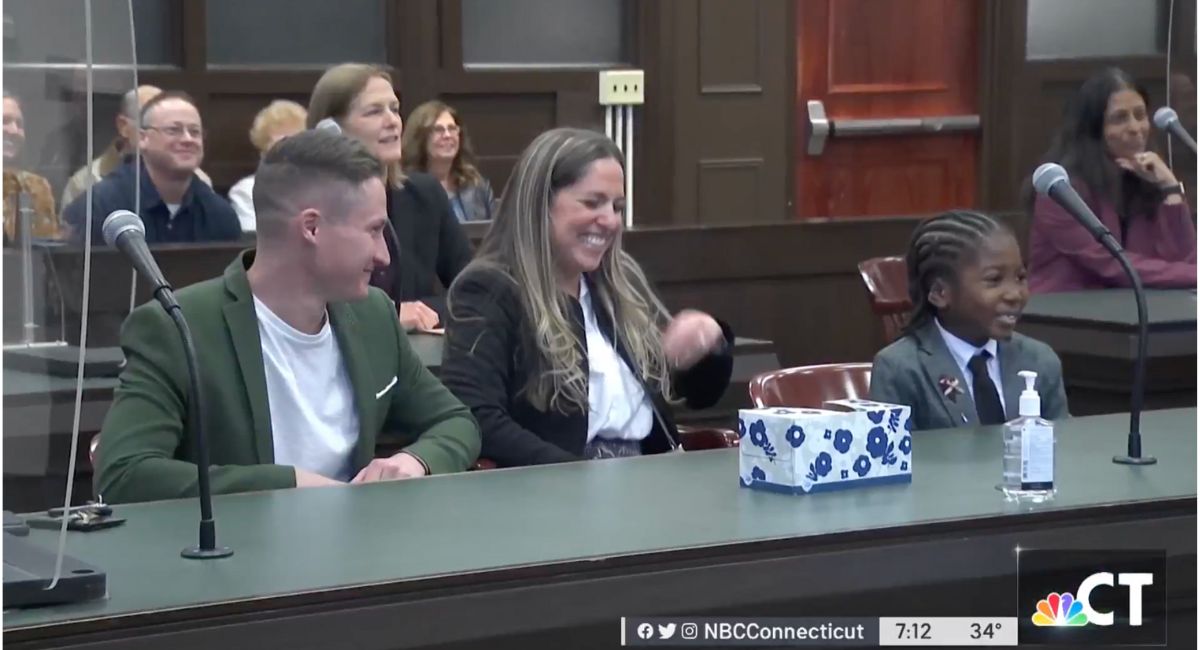 In honor of National Adoption Day on November 19, hundreds of children around the country were adopted in special ceremonies on Friday. One of those was Nate, a 10-year-old from Waterbury, Connecticut, who celebrated his adoption by two of his former teachers.

Nate’s mom, Jenna Riccio, taught him reading when he was a first grader. The following year when she learned he was in DCF care due to a number of health challenges, she stepped in to become his foster mom.

As NBC Connecticut describes, Nate had to undergo a lot due to illness with sickle cell disease, including multiple hospital stays and the amputation of his legs and an arm. According to CT Insider, Nate had to undergo more than 120 medical appointments while he was in Jenna’s care.

“It was kind of hard. And it hurt a lot,” Nate said. “But every time she said she was there for me,” he said of Jenna.

During the adoption ceremony, Nate’s DCF caseworker, Jackie Vidal, praised his extremely positive attitude despite his setbacks. “You never complained, you never asked for help,” she said, while adding that she thinks she is now a better person after seeing the way Nate handled his challenges.

While Nate was in foster care, Jenna married Tim Riccio, Nate’s former art teacher, and the three became a family. “He taught me how to be a mom,” Jenna said.

“He’s the toughest kid in the entire world,” Tim said. “He’s gone through more in his ten years than most people I know have gone through in their entire life.”

The family also spoke of the beautiful bond Nate has with Jenna and Tim’s baby, Julian. “Nate is Julian’s favorite person, hands down,” Jenna said. “She lights up every time he’s around.”

Nate was all smiles after the adoption ceremony Friday, at which Jenna and Tim officially became his parents.

“This was so amazing! I couldn’t believe this was happening right now,” he said.

“I feel so happy!” he added. “And I couldn’t wait for this day. I’m so glad that it’s finally here!”