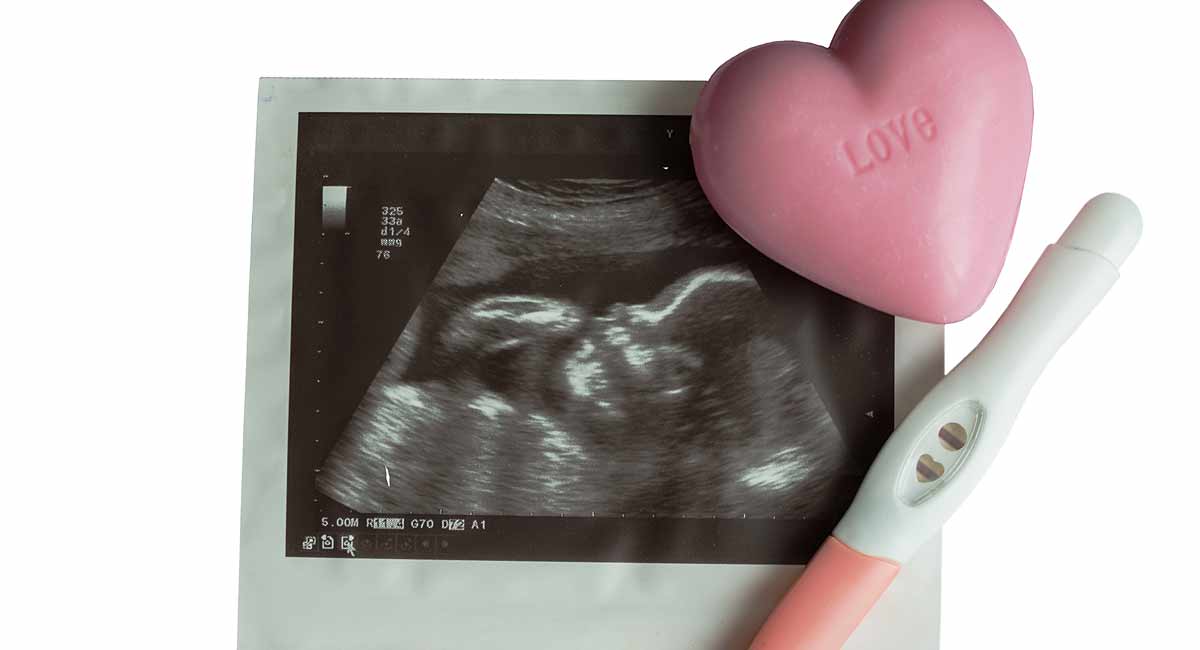 A practice bulletin on “early pregnancy loss” published by the pro-abortion American College of Obstetricians and Gynecologists (ACOG) reiterates the fact that a heartbeat is a sign of life for the preborn child in the womb. Due to successful pro-life legislation which prohibits abortion once a preborn child’s heartbeat can be detected, abortion advocates like ACOG and the media have attempted to convince the public that the embryo doesn’t have a heartbeat. Instead, they insist, as a previous article noted, that we use the term “fetal pole cardiac activity” instead of “heartbeat.” They describe the embryo’s heart as “’pulsing cells’ or–more ridiculously–’vibrations….'”

Yet interestingly, the ACOG bulletin defines “early pregnancy loss” as “a nonviable, intrauterine pregnancy with either an empty gestational sac or a gestational sac containing an embryo or fetus without fetal heart activity…” very early in pregnancy. In other words, the ACOG states that one of the ways to determine “early pregnancy loss” is by the presence of a preborn child with no heartbeat. If there is no such thing as a heart, heartbeat, or heart activity, then how can the absence of that thing determine pregnancy loss? 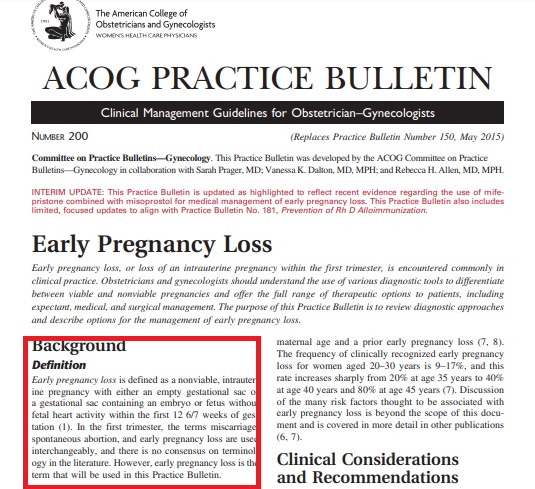 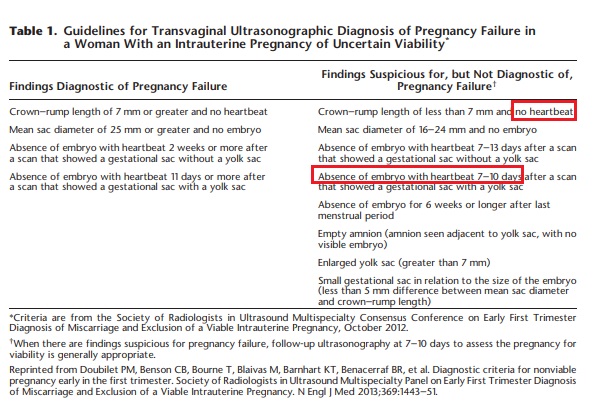 ACOG is a radically pro-abortion organization, which funds the Bixby Center for Global Reproductive Health, where abortionists are trained. ACOG has been funded by Ibis Reproductive Health as well as the Buffett Foundation (2016) which invested in abortion pill manufacturer DANCO Laboratories. Ibis receives direct funding from DANCO.

Live Action News previously documented how ACOG’s 2018 fetal development document also refers to a preborn child’s heartbeat. And in ACOG’s book, “Your Pregnancy and Childbirth Month to Month, Sixth Edition,” published in 2015, the ACOG says that for Week 6 of pregnancy, “Your baby’s heart is beating approximately 105 times per minute…” (Photo below.) 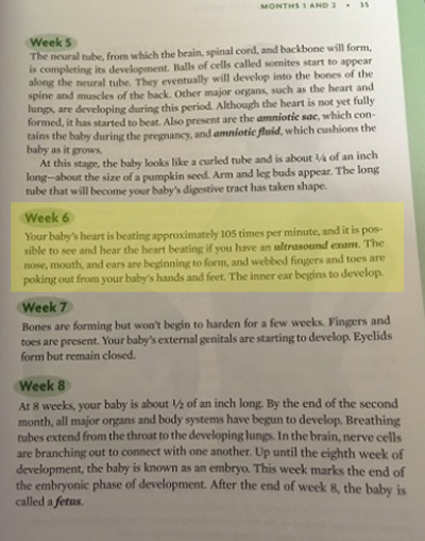 ACOG book on pregnancy shows the fetus will have a heartbeat

While publicly, the ACOG may make claims that there is no such thing as a fetal or embryonic heartbeat when it comes to the topic of abortion, its own literature — including its own practice bulletin — says otherwise.