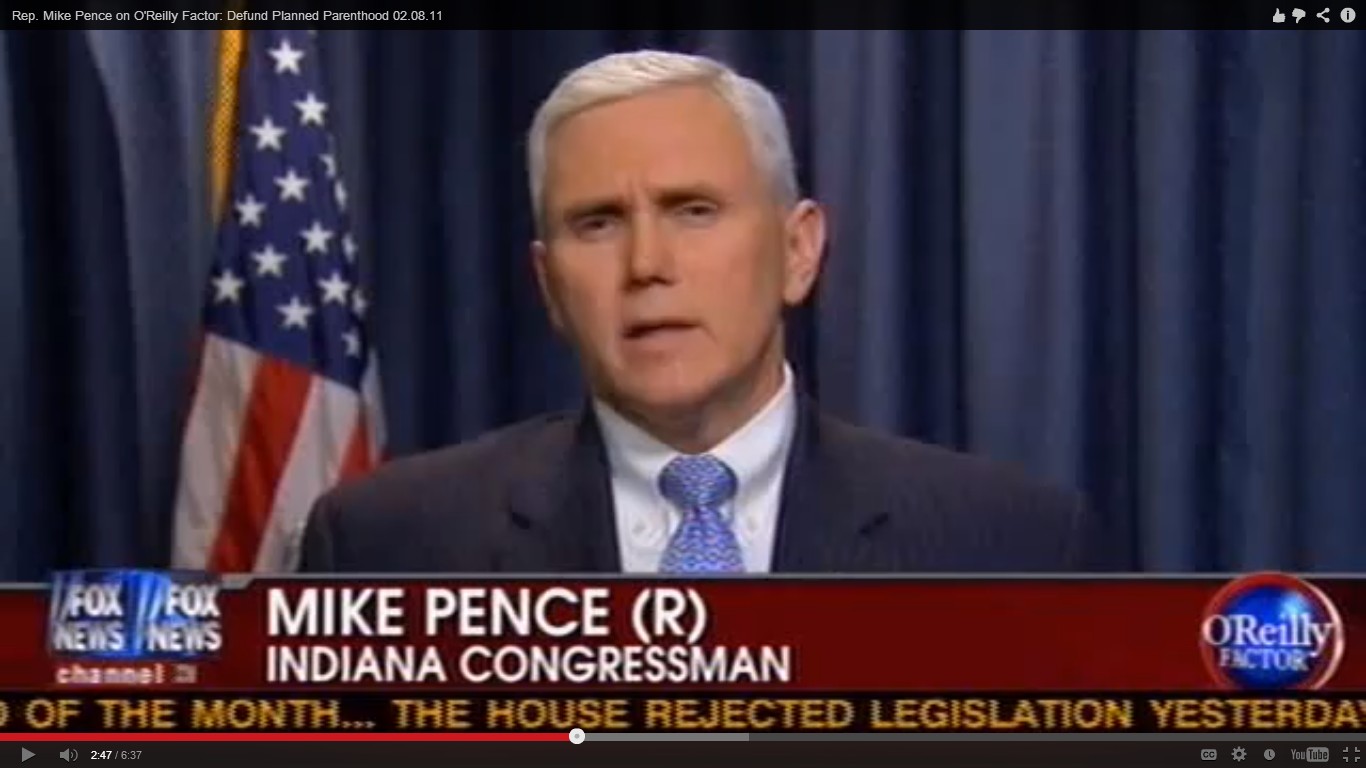 Pro-abortion activists aren’t taking too kindly to Governor Mike Pence signing Indiana’s new law which bans abortions for genetic abnormalities, race, or sex. It also requires ultrasounds before abortions, admitting privileges for abortionists, and requires that aborted babies be either buried or cremated. So they’ve come up with a novel way of expressing their displeasure—and by “novel,” I of course mean gross, juvenile, and ignorant…

Fertilized eggs can be expelled during a woman’s period without a woman even knowing that she might have had the potential blastocyst in her. Therefore, any period could potentially be a miscarriage without knowledge. I would certainly hate for any of my fellow Hoosier women to be at risk of penalty if they do not “properly dispose” of this or report it. Just to cover our bases, perhaps we should make sure to contact Governor Pence’s office to report our periods. We wouldn’t want him thinking that THOUSANDS OF HOOSIER WOMEN A DAY are trying to hide anything, would we? We can ALL CALL HIM AT 317-232-4567. REPORT THOSE PERIODS! You should really let him know, since he’s so concerned. It will only take a few minutes of your day, but it lets them face an undue and unjust burden, for a change!

This bright idea comes from an anonymous pro-abortion activist in the state who’s started the Facebook page Periods for Pence, which has amassed almost 25,000 likes since March 28.

Predictably, the pro-abortion media thinks this is a hoot:

Maturity, thy name is pro-abort. After watching pro-abortion activists throw condoms at pro-lifers, protest with giant vagina photos and costumes, hysterically whine about totally apolitical commercials featuring pregnancy, and promote abortion with everything from “Taco and Beer challenges” to “Rock and Roe,” it seems their side is suffering from a movement-wide absence of class and self-awareness. If a pro-lifer were to go incognito and stage the most offensive, nonsensical, and embarrassing bit of pro-abortion “activism” he could think of, I’m not sure it would be embraced one bit less enthusiastically.

To the extent that they’re pretending this push has any message deeper than “we have arrested development” it would seem to be summarized by Cosmopolitan’s Gupta:

Pence and other anti-abortion lawmakers seem to be so concerned about women’s reproductive health and what’s going on with a woman’s body that they’d love to hear more stories about menstruation, right?

You know, I’m beginning to think the reason abortion apologists spend so much of their time amusing each other with publicity stunts and stale narratives is because they know they would lose actual arguments. How does Periods for Pence utterly fail to say anything meaningful about the law? Let us count the ways:

That’s the bottom line here: abortion fans are so endlessly, stubbornly desperate to pretend they’re sticking up for something other than murder that there is absolutely nothing too absurd for them to say in defense of that illusion. They know full well that, as Ben Shapiro explained recently, we don’t care what they do with their bodies; just the other bodies they want to kill.

Periods for Pence is what happens when someone is angry about something, but can’t articulate why in a thoughtful way because their anger comes from greed, not principle.