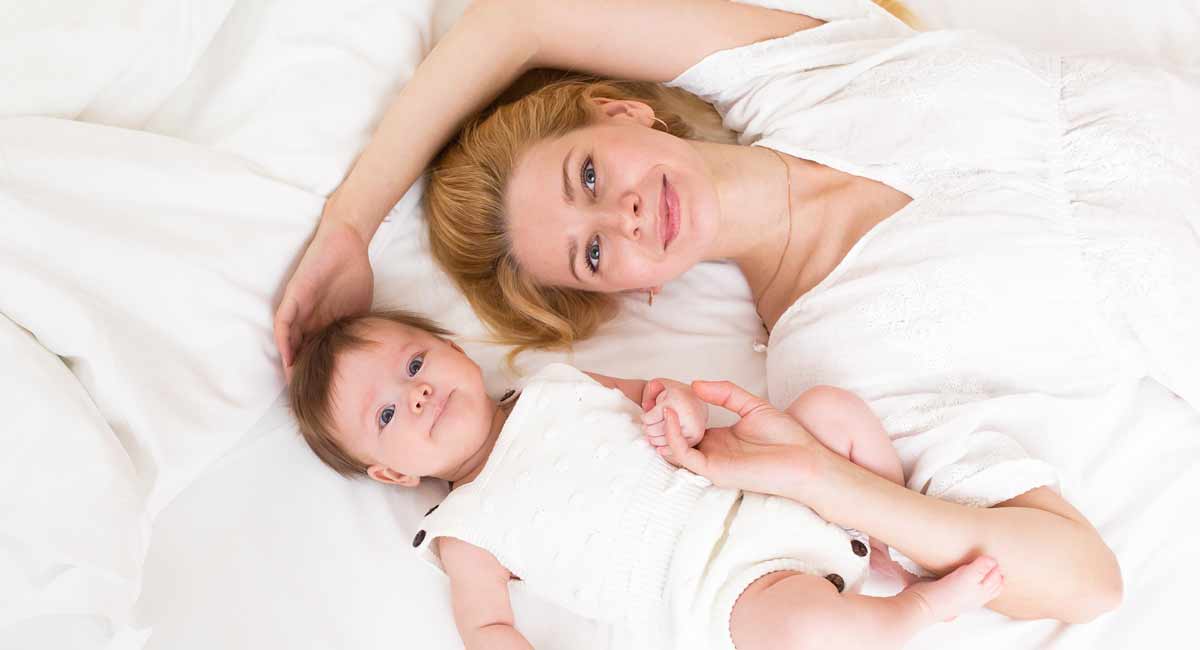 The stories of women who didn’t know they were pregnant have a tendency to fascinate people. While it can seem impossible to spend nine months pregnant and not know it, there’s actually a name for the condition: cryptic pregnancy. Vice recently featured a story on three women who faced cryptic pregnancies. Afterward, some admitted that they would have considered abortion had they known they were pregnant in advance. Their stories are all different, yet remarkably the same — especially the happy endings.

The National Institutes of Health reports that one in 475 pregnancies is considered cryptic. The mothers show nearly no signs of pregnancy — no spike in hormones to trigger a positive pregnancy test, no baby bump, and no morning sickness. According to Vice, causes can include having two uteri or a tilted cervix.

The three women featured by Vice — Beth, Klara, and Lily — were all shocked to learn they were pregnant. Two were in labor when they learned they were having their babies, and one was about seven months along.

After leaving work early because of extreme pain, Klara gave birth to her daughter Amelia, who is now three, on the toilet. “I was sitting on it and my body just lifted itself,” she told Vice. “My cervix tilted forward and I caught Amelia, just before she fell into the toilet.”

Lily had gained weight, but didn’t have a baby bump when she found out that she was pregnant at seven months along. She had taken two pregnancy tests, and both had come back negative. A third pregnancy test was taken after she thought she felt movement, and that one came back positive. She was already 30 weeks along.

When Beth began bleeding, she went to a hospital, where they told her they suspected she was pregnant and in labor. Two hours later, she was holding the baby she didn’t know she was expecting.

All three of the mothers told Vice that although they were taking birth control to avoid pregnancy, they adore their children. However, if their pregnancies hadn’t been cryptic, things may have gone differently.

“I would have had an abortion to be fair,” said Beth. “But I couldn’t imagine that now.” She added about her daughter Maizie, “It’s just happiness all around.” Beth is heading back to college, living her life, despite people around her saying she wouldn’t be able to do what she wanted because she is a mother.

“But I can,” she said. “If anything she’s made everyone’s lives better.”

Lily is now looking forward to having more children in the future, and Klara says motherhood has changed her life for the better. “Before Amelia was born, I was kind of just floating about and didn’t have a point,” she explained. “I was wondering, ‘What am I going to do with my life?’ I had a law degree and I wasn’t doing anything with it. But now, I’ve found my calling.”

A separate article featured a woman only named as “S.” After discovering she was pregnant around the time of the abortion cutoff in her state — about 23 weeks — she was denied an abortion. At first, she was distraught, but now she is thrilled to have her baby. “[My baby] is more than my best friend, more than the love of my life. She is just my whole world,” she explained.

Compared to women who carry to term, women who abort face an 81 percent increased risk of mental health problems, are 21 percent more likely to have suicidal behaviors, and 35 percent more likely to actually commit suicide. The existence of post-abortion syndrome is denied by the abortion industry, but it is a very real and life-altering form of post-traumatic stress disorder. Abortion is a trauma, and that trauma has lasting effects on the women who live through it.

All of this points to one overwhelmingly obvious point — women and their children deserve better than abortion.