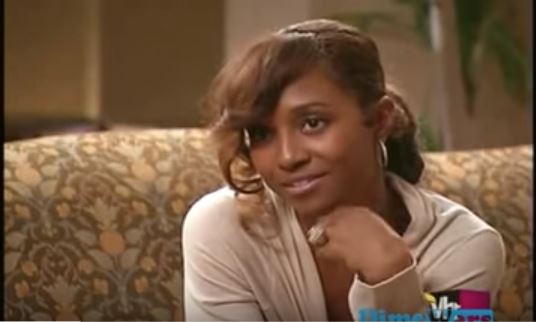 In her VH1 show “What Chilli Wants,” singer Chilli of the Grammy award-winning group TLC shared her experience of abortion and the years of heartbreak it caused. Filmed in 2010, she spoke about having an abortion because it was what her boyfriend wanted, and how the abortion hurts her still.

When TLC began, the first producer they worked with was Dallas Austin. He and Chilli, whose real name is Rozonda Thomas, started up a relationship and Chilli found out she was pregnant. She recalls feeling alone and scared and says that Austin wanted her to abort. He gave her the $300 to pay for the abortion.

“I didn’t have the support and I was so scared and I didn’t know what to do and chose to not have it,” she explained. “One of the biggest mistakes. I didn’t want to do that. I’m 20. My career hadn’t even really started, you know? So how do I… how do I do all that? How can I be a mommy?”

Despite the fact that she didn’t want to abort her child, Chilli felt the pressures of the world caving in on her. The common pro-abortion tactic of scaring women by making them believe they aren’t strong enough or rich enough to parent a child had grabbed hold of Chilli’s mind and heart. She believed the lie that she couldn’t build her career and be a mother. And there to make sure she went through with the abortion she didn’t want was her boyfriend. Instead of protecting her and their child, he fed them to the wolves of the abortion industry. This happens to hundreds of women every day in the United States.  And just like thousands of other post-abortive women, the choice Chilli made haunts her.

“It messed me up,” she said through tears. “I don’t know; It just, it broke my spirit. […] I feel like I became kind of like not my strong self anymore. I felt like I gave in and I broke to what someone else wanted. And I would break down and I would just cry because I wasn’t a mommy. I cried almost every day for almost nine years and then I was caught up, I had to have a baby.”

Chilli decided that she had to have a baby with Austin, the father of the child she had aborted, because she felt that was the only way she could make it right. Together they had a son, Tron, now 20 years old.

20 yrs ago I brought this amazing young man aka my mini mee into the world!!! Happy Birthday my King, my Heartbeat, my Whole Life!!!! @timeflybye 6/2/97?

She had spent so much time not being true to her own convictions because of Austin and she feels that many women do the same thing, having abortions because they feel it is their only choice or because the fathers of their children threaten to leave them. These women will spend their lives tormented by the abortion.

Symptoms of post-abortion syndrome include guilt, anxiety, depression, the inability to bond with future children, eating disorders, alcohol and drug use, thoughts of suicide, and suicide. In fact, studies show that women who have abortions are six to seven times more likely to commit suicide.

Decades after the fact, Chilli still regrets her abortion and cries over her lost child. If the abortion industry continues to hide the truths of abortion and its effects from women, thousands more will suffer like Chilli does.