Our nation was horrified at the recent sensationalized Steubenville rape case, where a young girl was brutalized by two of her male peers while she was unconscious. The assault was documented for the world to see and shared over social media, and initially the boys were protected by their high school football star status.

However, thanks to public and national pressure, the boys were later found delinquent and were sentenced for their crimes. The sickening nature of the crimes and mistreatment of the victim and the young ages of all involved have had the media and society alike wringing their collective hands at the tragedy of the entire scenario.

Various media outlets and bloggers have also risen to the occasion to attack coverage that has been deemed too sympathetic toward the young rapists, emphasizing that while the boys’ lives have been permanently altered as a result of their crimes and convictions, the victim’s life was permanently altered because of those boys – before the boys were even able to consider feeling remorseful.

The sympathy directed toward the rapists for being held responsible for their actions and blaming the victim for her own assault seems to be “rape culture” in a nutshell, and this behavior is rightly regarded as disgraceful by feminists and non-feminists alike.

That is why it is so puzzling that, as the world embraces the condemnation of a grotesque violation of a 16-year-old girl, that same world applauds Planned Parenthood. Planned Parenthood does not act as an enemy to rape culture, but as an ally to it.

As many victims of habitual sexual assault know all too well, abortion is the most effective way to cover the tracks of a rapist, while inflicting an additional violence upon both the mother and the child. One would expect that an organization which brands itself as pro-woman would want to distance itself as far as possible from enabling rape, especially the rape of children, but unfortunately, that is not the case here. 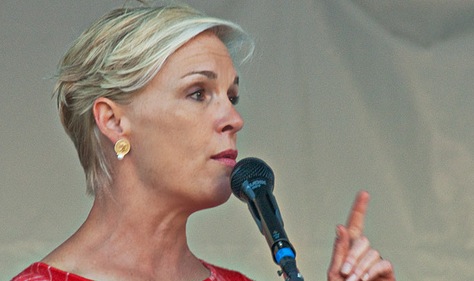 Live Action has publicly shown this issue with Planned Parenthood time and again, much to the chagrin of the abortion provider. Yet Cecile Richards does a great job of protecting rapists and ensuring the further victimization of women and girls. For example, when Michigan’s Governor Rick Snyder signed HB5711 into law in December of 2012, legally requiring physicians to screen women for coercion before committing abortions, Richards was quick to condemn the motion, declaring:

This bill was meant to ban abortion in Michigan, and it was pushed through in a lame-duck session by legislators who were voted out of office because of their extreme views on women’s health.

Before it was even passed, Richards made sure to sound the abortion alarms and paint all Michigan women with the same brush over at the Huffington Post, warning that “women in Michigan would lose access to safe and legal abortion – and a range of other health services.”  Ensuring access to abortion at all costs, regardless of the circumstances of how the woman became pregnant and whether or not she wants to stay pregnant, is paramount to Richards and her wallet.

Consider also the pro-abortion response to women who were victimized during their abortions, and who regret their abortions (that is, when such women are even acknowledged). Instead of placing the blame on the act of abortion, or perhaps even upon the perpetrators of the abortion, that blame is shifted solely onto the woman.

It is apparent that abortion culture and rape culture are essentially the same – the victim is dehumanized and made out to be the criminal, while the actual criminals are patted on the back by the POTUS, or are cheered on at the local stadium.