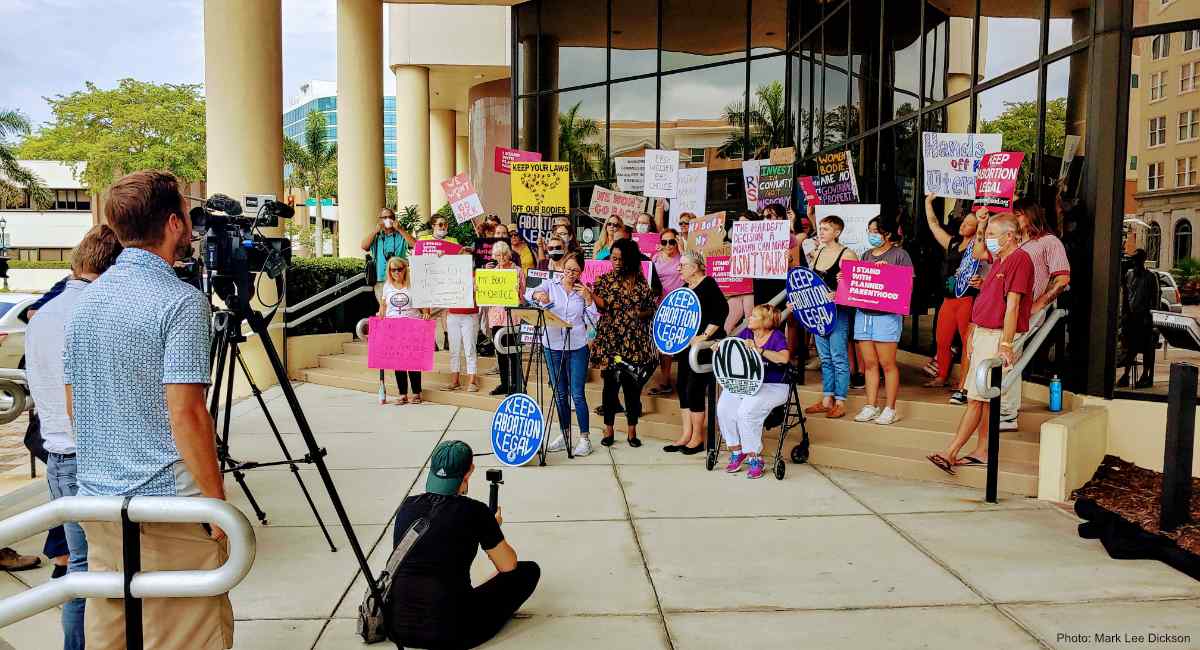 While abortion advocates protested outside of the Manatee County Administration Building against the possibility of the county passing an ordinance outlawing abortion, the Manatee County Board of Commissioners voted 5-1 to give $100,000 to help pregnant mothers receive prenatal care through the work of Solve Maternity Homes and Care Net Manasota Pregnancy Center. Commissioner James Satcher praised the board’s vote, stating “I would just like to thank the board for passing the motion today to put some money where our priorities are, and that’s toward helping Manatee County become a sanctuary city – a safe haven for mothers and for babies. This is a huge win.”

Commissioner Misty Servia, the lone vote against the measure, argued that the funds provided in the proposal were misplaced, arguing that the motion did not “serve children, it serves pregnant women.” Commissioner Kevin Van Ostenbridge disagreed with Servia, stating, “Not only are the teens who are pregnant at risk, but their unborn child is at risk as well, and oftentimes they are being pressured to terminate that pregnancy, and to kill that unborn child.” Ostenbridge continued, “I don’t know how much more at risk you can be than at risk of losing your life.”

Commissioner James Satcher questioned if the hesitation some of the other commissioners had over the proposal was the result of the pressure applied that day from the Democrat Party and the pro-choice groups which were protesting outside. Commissioner Satcher quipped, “The Democrats show up, all 28 of them, with signs and march out front, and all of a sudden this is controversial!”

Earlier this summer, Satcher had entertained the possibility of Manatee County passing an ordinance similar to the City of Lubbock which would outlaw abortion within their jurisdiction. At the time, Satcher’s proposal received much support. Commissioner Vanessa Baugh said, “I would give you two (votes) if I could!” with Commissioner Kevin Van Ostenbridge stating, “I would support that as well.” Commissioner Reggie Bellamy chimed in as well, stating, “I think that’s unanimous!” However, with time and pressure, Commissioner Bellamy appears to have changed his position, possibly as a result of local political influence.

The protest outside, which drew a little less than 40 abortion advocates from Manatee County and beyond, were loud as they came together to stand against the possibility of Manatee County’s Board of Commissioners passing an ordinance outlawing abortion within Manatee County. The group even publicly berated a Director with Right To Life of East Texas who was present for the meeting. Democratic State Representative Michelle Rayner, who attended the rally, criticized the ban, “I don’t even know if they were to vote and pass this ban if it would cut legal muster, because I don’t know if that’s something that could actually happen on a county level.” 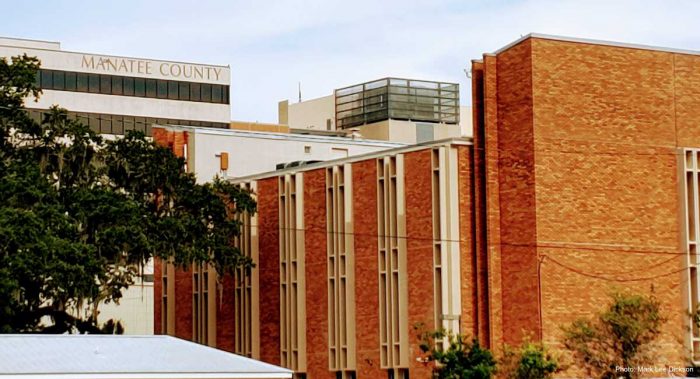 Tracy Pratt, chair of the Manatee County Democratic Party, spoke during public comment discouraging commissioners from moving forward with any pro-life initiative stating, “Democrats support the right of women to make their own reproductive decisions, and therefore recognize government interference with these personal decisions as oppression of women.” Pratt described the proposal as one which would “financially incentivize women to have babies, presumably with taxpayer funds.”

Kristen Day of Democrats for Life of America took issue with Pratt’s statements. “Chairwoman Tracy does not speak for all Democrats. One out of every 3 Democrats support reasonable regulation of and limits on abortion.” Day continued, “We support the county’s right to protect preborn life and we urge all pro-life Democrats to support similar initiatives to protect life and truly empower women. We urge the Chairwoman to look for ways to work with pro-life people to truly support pregnant women, whether with federal, state, or local government funding, or the laudable efforts of civil society and especially pregnancy clinics. The violence of abortion is neither empowering nor just.”

The effort to outlaw abortion in political subdivisions in Florida has also gained the attention of Stephanie Fraim, president and CEO of Planned Parenthood of Southwest and Central Florida. Fraim stated, “Some version of this law is in place in 30 towns in Texas . . . they’ve gotten something going on that is truly terrifying in terms of how it will restrict abortion access and the level of legal chaos it’s about to create.” Fraim continued, “It’s clear that these cities, especially down in Naples, are trying to model this after what’s going on over there (Texas) . . . This has our full attention.”

Jonathan F. Mitchell, the former Texas Solicitor General, has offered to represent Manatee County at no cost to the city and taxpayers for any litigation which results from the passage of the proposed ordinance.

Florida is not the only state with political subdivisions considering outlawing abortion. On August 2nd an Ordinance will be introduced in Hillsdale, Michigan — which, if passed, would outlaw abortion within the city limits of Hillsdale. The initiative is being spearheaded by Hillsdale Right To Life’s Vice President Heather Tritchka with the assistance of Right To Life of East Texas. If the City of Hillsdale passes the ordinance they will become the first in Michigan to outlaw abortion within their city limits.

The initiative has quickly gained support from one of Michigan’s outspoken conservative legislators. In a statement released on the Michigan House Republicans website, Representative Andrew Fink stated, “As a father and legislator, I am proud of the work being done by pro-life advocates in our local community to advance this important initiative that reflects the family values of our area.” Explaining the measure, Representative Fink stated, “The premise of this measure is simple: no longer would abortion procedures or abortion-inducing drugs be legal within the city bounds of Hillsdale. Our area is deeply rooted in family values and our people are longstanding defenders of the sanctity of life and the right to life that every U.S. citizen is entitled, including those still in the womb. I’m proud of our community and its steadfast support for the human rights of our defenseless unborn population.”

Representative Fink closed his public statement by commending the members of the City Council for taking up the measure and encouraged them to adopt the ordinance which “reflects the crucial values of the local citizens they represent.”