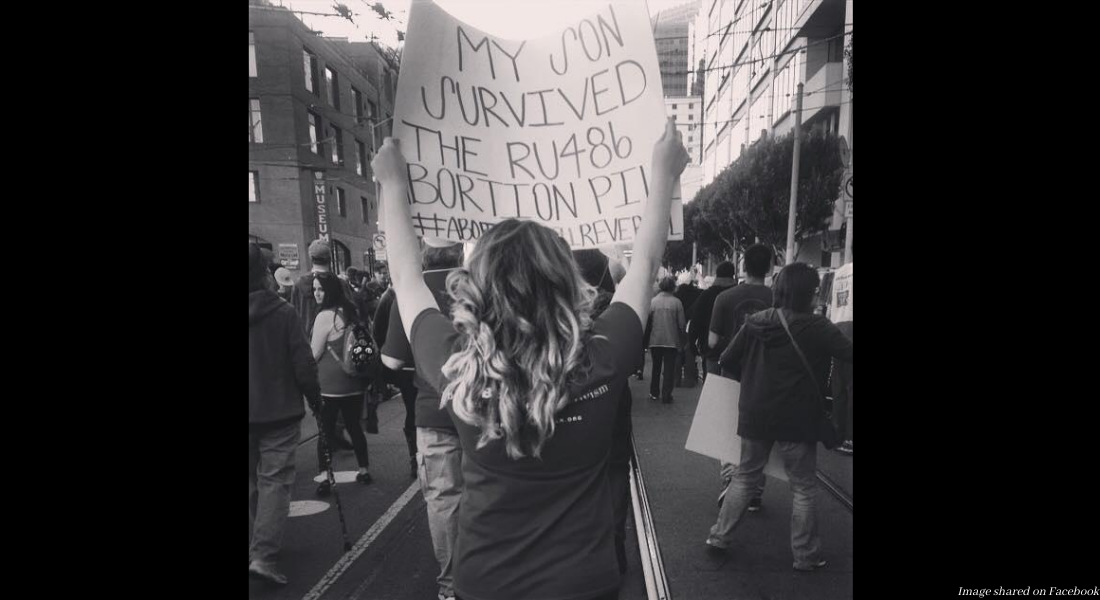 (Pregnancy Help News) Francheska failed to accurately assess her situation. This led her to seek an abortion. Thankfully her experience did not end with the regret and pain of so many moms who have undergone a chemical abortion.

Born and raised in California, Francheska had her own apartment and the prospect of being offered a great job. She had always been pro-life, but the news of an unwanted pregnancy took the form of unanticipated pressure to consider abortion.

This was the 21-year-old’s first pregnancy. Her family was supportive, but the father of her child was the first obstacle to choosing life for her baby.

“We used to be best friends,” Francheska recalled. “But when I revealed I was pregnant, it got ugly. He pushed the issue—for abortion.”

When Francheska started to agree with the child’s father to consider seeking an abortion, he became very supportive. It then appeared to be the only solution, as she believed she was being offered a great job and thought the offer would be withdrawn if she were pregnant.

Believing she simply could not financially support herself and a baby, Francheska finally sought out an abortion clinic.

Her family did not agree with her decision, but Francheska’s cousin was willing to go with her to the abortion facility, where she would be given abortion pills.

She recalled, “I was forced to go back alone into a room. I filled out the paperwork quickly trying to just get it over with. They ran a pregnancy test to confirm my pregnancy.”

“Then the doctor came into the room to explain I would be taking a pill there at the clinic and sent home with additional medication to take later,” Francheska stated. “I signed paperwork for taking the first pill and then an additional agreement to take the other pills.”

When Francheska arrived back at her apartment, she got a phone call informing her she did not get the job opportunity. At this moment she thought about what she was doing.

“I totally regretted the abortion,” Francheska said. “I called my mom and told her I didn’t want to abort my baby. She encouraged me to call the clinic to see if the abortion could be stopped.”

“When I called the clinic, they told me that since the process had been started, there was nothing they could do,” Francheska continued. “But I was determined. I was heartbroken and knew I had to try to save my baby’s life.”

Francheska’s mom took her to the local emergency room, where the staff called poison control and the OB doctor on call. While she was taken back to be examined and consult with the doctor, Francheska’s mother continued to research online in the waiting room and found the APR hotline, with consultants who took Francheska’s contact information while they researched the closest Abortion Pill Rescue Network (APRN) provider.

Meanwhile Francheska was undergoing an ultrasound in the emergency room that showed her son’s heartbeat was strong. It had been eight hours since she had taken that first abortion pill, and at six weeks her baby was already demonstrating his fighting spirit.

The emergency room doctor told Francheska that nothing could be done for her baby. But this hopeless prognosis was set aside in her mind when Francheska’s mom shared with her the information she learned from the APR hotline call.

The APR hotline consultants called back with a referral and the APRN doctor she was connected to prescribed Progesterone for Francheska. A follow-up ultrasound was scheduled at a medical clinic from the APRN network the following week.

Francheska said the staff at the APRN medical clinic was “understanding and calm.”

“Hearing the baby’s heartbeat in that ultrasound was the best feeling ever!” she said.

The process of abortion pill reversal was underway.

Abortion Pill Reversal is an application of a treatment used since the 1950’s to stop miscarriages, consisting of prescribing extra Progesterone to counteract the first abortion pill. While reversals have been successful in the first 72 hours, results are best in the first 24 hours.

To date more than 1,000 lives have been saved thanks to the Abortion Pill Rescue Network, comprised of approximately 900 rescue providers and centers that facilitate and/or assist with the abortion pill reversal protocol.

READ: Thanks to abortion pill reversal, Andrea’s son is ‘the only thing that matters’ in her life

Three months into the pregnancy, Francheska fell at work. This led to bleeding and cramping and she thought then she might lose the baby. Francheska said her employer was not supportive.

At this point Francheska’s employer reduced her weekly work hours, forcing her to pick up a second job.

On June 17, 2019, her labor began, and Francheska went to the hospital to deliver.

Francheska suffered post-partum depression for the first month after delivery and worked through her recovery amid being displaced from her home temporarily.

“It took a while, but I learned to be a mom,” she said. “Daniel was colicky early on. We had to temporarily stay in a hotel as there was asbestos in our home which had to be removed.”

Francheska noted how attached Daniel became to her in those early months, but now as a one-year-old, he is very active, rambunctious, and surrounded by a loving family.

Many things are different in her life and she has navigated through many challenges the past year and nine months.

Now as a mom she proudly shares about her son, and also starting her own business, where she custom designs t-shirts, masks, centerpieces and cake toppers.

When asked about Daniel’s name, Francheska proudly states, “It comes from the book of Daniel. Because he is strong and has shown that he is a fighter.”

Editor’s Note: This article was published by Pregnancy Help News and is reprinted here with permission.