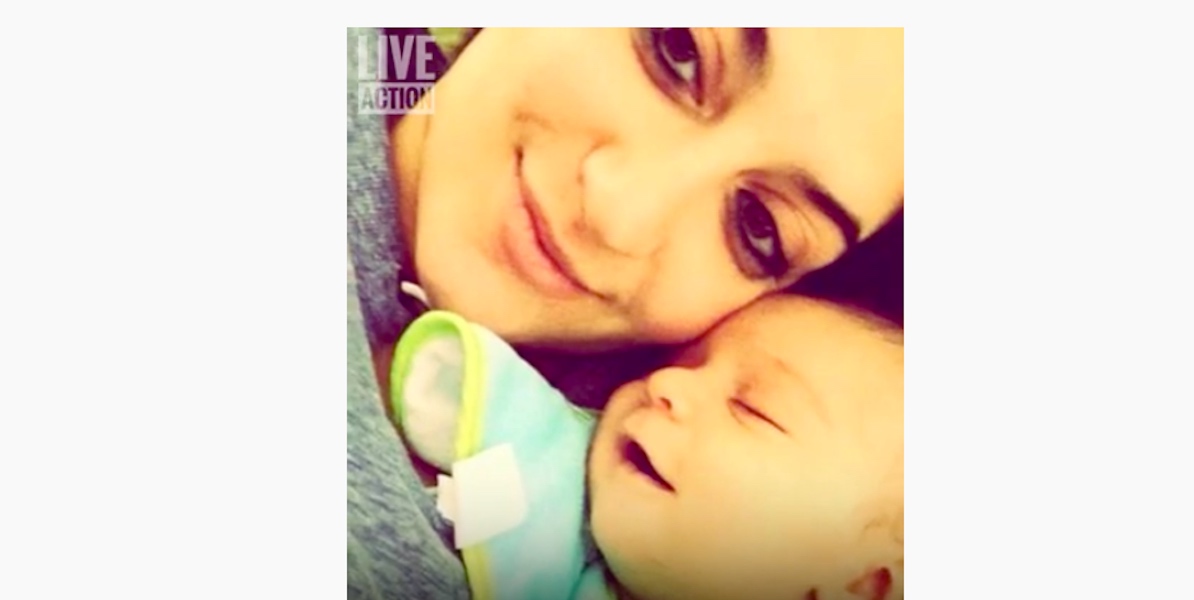 At 21 years old and a junior in college, Andrea learned she was pregnant and made the immediate decision to have an abortion. Her relationship with her boyfriend was “rocky,” and in her mind, there was simply no other choice to make. But after taking the first dose of the two-drug chemical abortion pill regimen, she felt instant regret.

After telling her boyfriend she was pregnant, he reacted exactly as she had thought he would: he insisted on an abortion. Andrea made an appointment at an abortion business and said she felt “sick to her stomach” from then on.

“And when I walked into the abortion clinic I felt like this black cloud was over me, and I sat down and I took the paperwork and I just — I was so hesitant,” she told Live Action in the video below. “But I knew in the back of my mind that I had to do it. I couldn’t be a single mother. I couldn’t be that girl that’s pregnant.”

Andrea was taken to a room where the nurse handed her more paperwork and sped through the information on what would happen after she took the abortion pill. Meanwhile, Andrea was hoping for someone to question whether or not she really wanted to go through with the abortion. But no one did.

“So, we went into the next room and they did an ultrasound. And right when I saw the ultrasound, and I saw the heartbeat, I was beside myself and I looked at my boyfriend, hoping for him to be like, ‘Let’s turn around, let’s have this baby.’ And he didn’t, and neither did the doctor,” said Andrea. “The doctor didn’t say, ‘Is this really what you want to do?’ They just kind of showed you the picture of the baby and then that was it.”

READ: 5 reasons why women should avoid taking the abortion pill

After the ultrasound, the abortionist handed Andrea the first abortion pill, but she hesitated, rethinking her decision. The abortionist pressured her to take it, telling her it was going to “melt in her hand.” He said, “You have to take it. This is the time to do it.”

The abortion pill procedure involves two steps. The first pill, mifepristone, blocks progesterone — a hormone that has many jobs, including helping to nurture the growing baby. Without progesterone, the baby will not survive. The second pill, misoprostol, is taken 24 to 48 hours after mifepristone. It induces contractions and causes the woman to give birth to her dead baby.

Andrea reluctantly swallowed the mifepristone pill and the abortionist gave her a brown paper bag with the second pill and sent her on her way. She ran to the car and tried to make herself throw up.

Andrea went to a hospital where the staff told her there was nothing to do but take the second dose. She went to her family and her aunt told her to pray for God to save the baby. Then her stepfather called and told her about Abortion Pill Rescue Hotline. Andrea called the number (1-877-558-0333) and they connected her with a doctor who told her to come right into the office, even though it was closed for the day.

Andrea and her mother met with the doctor who told Andrea to prepare herself because it might be too late, but there on the ultrasound screen was her baby, still alive. The doctor immediately started progesterone shots to counter the effects of the abortion pill.