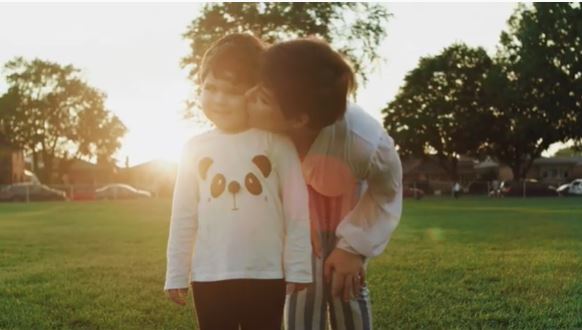 When Ayah first found out she was pregnant, she was “very terrified.” Alone and without support, she decided that abortion was the only real option for her, so she made an appointment to take the abortion pill.

“I was very, very, very terrified,” she explained in a video detailing her visit to an abortion business. “No one there really seemed welcoming. They were even treating me like, you were doing something bad. The doctor came in and said, ‘Ayah, you know why you’re here. You came here to have an abortion so let’s get on with it.’ Very, you know, forceful. And at that point, I panicked inside. The first thing I did was just I grabbed the cup and I took the pill. All the while my heart was racing. I felt like I had done a very terrible thing. I felt like a part of me was ripped out of me without me actually wanting it to happen.”

The abortion pill regimen works in two steps, as explained in the video below by former abortionist Dr. Anthony Levatino. The first pill, mifepristone, blocks the naturally occurring hormone progesterone, which stabilizes the uterus lining and supports the developing child. In doing so, mifepristone denies the preborn child the nutrients she needs to survive and she dies. The second pill, misoprostol, causes bleeding and contractions and the baby’s remains are forced out of the uterus. The abortion pill is marketed as effective and safe, yet it has a high failure rate (which can lead to follow-up surgical abortions) and has been found to be four times as dangerous as first-trimester surgical abortion.

If progesterone is administered before the second pill is taken, there is a chance that the baby’s life can be saved. However, at the abortion business, Ayah was told that abortion pill reversal was not possible.

Despite this, Ayah searched online for abortion pill reversal and found Abortion Pill Rescue (1-877-558-0333). The person she spoke to reassured her that her abortion “was just a mistake” and that they could help her try to “turn this around.” Once her baby was saved with the help of medical professionals, she was referred to Aid for Women Pregnancy Care Centers.

“Each and every time I saw the ultrasounds, I can see her growing. I knew that I had made the right choice,” said Ayah.

Aid for Women was able to provide Ayah and her daughter a place to live in one of their living residences. There, Ayah became part of a community — a family of mothers who support each other. She is taking steps towards building her career and owning her own home.

“I want to show [my daughter] that anything in the world is possible,” she explained. “All you have to do is go out and get it. She’s my reason to be as strong as I want to be. She’s my reason for everything that I do. She’s my little girl and I love her with all my heart. I could never imagine my life without her.”

For other women facing an unplanned pregnancy and considering abortion, Ayah wants them to know they are not alone and there is hope.

“If you want to be a mom, no one, no one in the world should take that away from you,” she said. “[…] If anyone is going through half of what I went through, I would tell them that [abortion] is not it. That there’s hope for you. Because you are a person, you are having a person, and they matter too.”

Editor’s Note: Please visit AbortionPillReversal.com for information on reversing the effects of the abortion pill mifepristone.