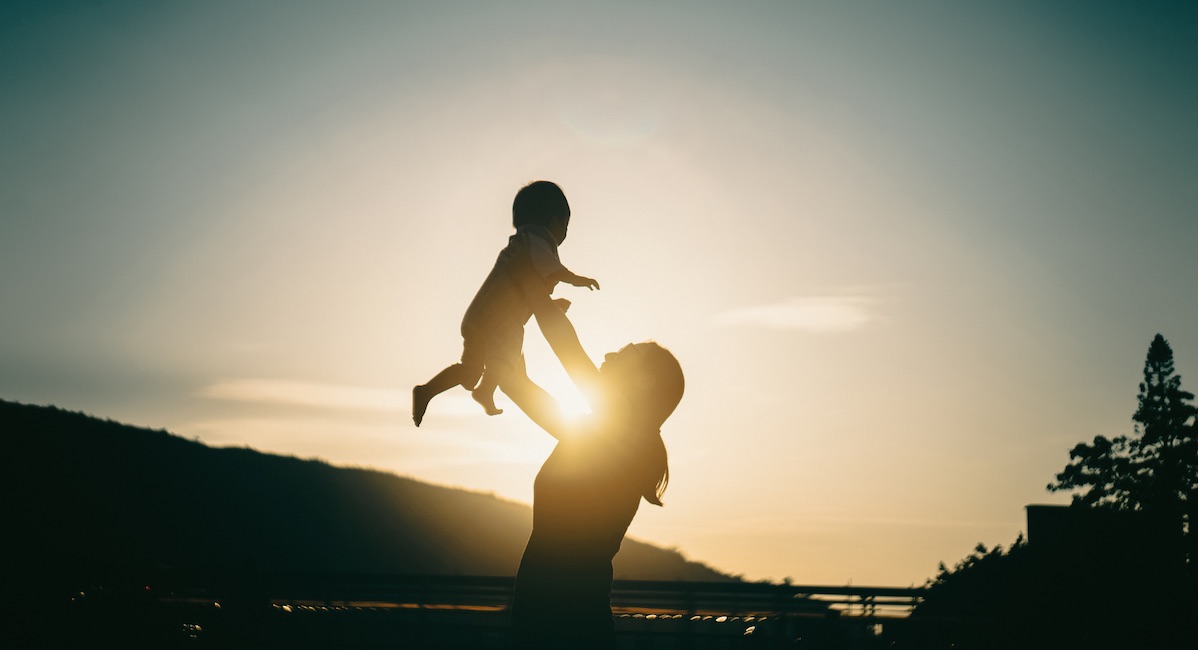 (Pregnancy Help News) Monica’s story is one of a strong woman who did not accept that there was no way out – even though she had taken the abortion pill. Monica faced fear, as everyone does, but she persevered. And now she has her son, as well as gratitude for all those in the Abortion Pill Rescue® Network (APRN) who helped her to save him.

Her Abortion Pill Reversal (APR) story begins a few years ago; she had prayed for someone to love in her life, but she had no idea what God had in store for her.

“My life completely changed in 2019,” Monica said. “The year started out with me praying to God to send someone for me to love and be loved by. By the end of the year, that person had entered my life, but not in the way I was expecting.”

When Monica met Sean (*his name has been changed), it was a whirlwind, ending before a long-term relationship could form. Shortly after they broke up, Monica’s world changed forever.

“I met Sean and things happened very fast,” she explained. “A month later, I found out I was expecting a baby.”

Monica described how it felt to learn she was pregnant as a single college student whose relationship with the baby’s father had ended.

“I was shocked,” Monica recalled. “I was still in college and Sean and I weren’t together anymore. I felt so unprepared, confused, and scared.”

“I told Sean the news,” she said. “While I knew our situation was not ideal, I also knew I wanted to continue the pregnancy and keep my baby. However, he did not agree.”

In May of that year, she found herself making a three-hour trek to the nearest abortion facility with her former boyfriend. This isn’t what she wanted but she felt pressured and unsupported. Ambivalence plagued her throughout the process.

“After checking in, we had to pay for the chemical abortion,’ Monica said. “Sean’s credit card declined twice. On the third try, when the payment went through, my heart sank. At the end of the appointment, I swallowed the first abortion pill and climbed back in the car to drive home.”

After starting the chemical abortion Monica was very upset. Her abortion appointment was for 11 a.m. that day, and by 5:30 p.m. she was desperately seeking a way to undo what she did, something she never wanted to “choose” for herself in the first place.

“I couldn’t stop crying and I regretted my decision” stated Monica. “I frantically searched online for anything that would help and found the Abortion Pill Reversal (APR) website. Calling their hotline number changed my life.”

Through the Abortion Pill Rescue Network Monica was put in touch with a local pregnancy help medical clinic and its medical director, the center director and physician quickly taking steps to assist her in starting the Abortion Pill Reversal protocol.

APR is un updated application of a decades-old treatment used to combat miscarriage. It entails prescribing a bioidentical version of progesterone, the natural hormone found in a woman during pregnancy, to counter the effects of the first pill in a chemical abortion.

A 2018 peer-reviewed study of APR had positive results, with 64%-68% of the pregnancies saved through APR, no increase in birth defects, and a lower preterm delivery rate than the general population.

The first drug in a chemical abortion, mifepristone, blocks progesterone, which is necessary to sustain pregnancy. The second chemical abortion drug, misoprostol, taken a day or two after the first drug, is meant to cause the mother to go into labor and deliver her deceased child.

If a pregnant woman has taken the first abortion pill and experiences regret, and she acts quickly enough, it may be possible to save her unborn child though APR.

Successful reversals have occurred as long as 72 hours after the first abortion drug was taken, but results are best within 24 hours.

The APRN, which is managed by Heartbeat International, the largest network of pregnancy help organizations in the world, reports that to date, 3,000 lives and counting have been saved through APR.

It was after 8 p.m. on May 3, 2019, when the APRN contacted the pregnancy help center on Monica’s behalf.

“I was out with friends when I got a call from center’s hotline volunteer, who had just received a call from the Abortion Pill Reversal Network about a woman in our area who had taken the first abortion pill and wanted to start the rescue process,” Center Director Erica recounted.

The center was not yet a registered pregnancy center with the APRN, but the APR hotline nurse on call that night had recently met the center’s founder at a conference and reached out to see if they could help. With multiple people working to help her save her baby, and Erica believes some extra assistance, Monica was put on the path to saving her unborn baby.

“I immediately called our Medical Director, who readily agreed to meet the young woman at his clinic later that evening,” Erica said. “Through God’s providence and a few more phone calls, Monica agreed to get in her car and travel to the doctor’s office with the hope of rescuing her baby.”…