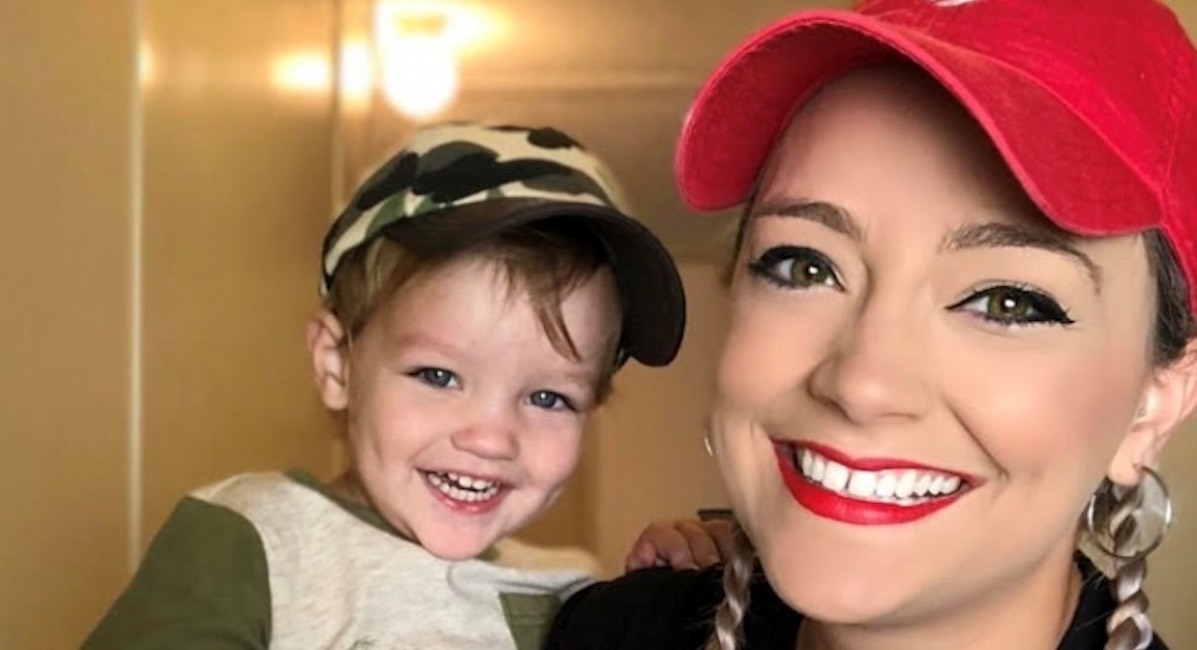 (Pregnancy Help News) Ashley Padilla had always wanted to be a labor and delivery nurse, but after giving up on pursuing that dream, she could never have expected it would come to fruition with her inspired to serve others because of the support and assistance she received through the Abortion Pill Rescue Network (APRN).

Padilla’s son Gavin was saved from chemical abortion with the Abortion Pill Reversal protocol nearly two years ago, and as his second birthday approached Padilla had returned to nursing school and is set to complete her studies next May. But also notable is that she is considering looking into practicing her upcoming profession serving other women facing unexpected pregnancies with the APRN.

“I want to get the word out there,” Padilla told Pregnancy Help News.

Whether or not her path leads to her working with the APRN after graduation, Padilla plans to support the program any way she can, and she’s already doing so by telling how the network helped her as a frightened young mother in the process of a chemical abortion.

“I wanted to help spread the word from the beginning,” she said. “Now I know that my receiving this education means a lot more.”

Padilla, of Clermont, Fl., said that she definitely plans to be involved with the APRN in some fashion.

“The nurse I had really helped me, she held my hand, and prayed with me,” said Padilla. “I just want to do that for someone.”

Two years after feeling overwhelmed by her pregnancy with Gavin, Padilla says now she doesn’t know what she would do without her son.

“I’m just so thankful that I found them [APRN],” she added, “and I was able to get help for my little baby.”

Padilla spoke to her nursing class about APR once she reached the clinical stage of nursing school. In addition to her medical training, Padilla will have the important perspective of having walked in her patients’ shoes.

“I want people to know it’s an option,” she said, looking forward to helping women navigate the aftermath of having done something they regret.

“I’m doing this because I was scared,” she told Pregnancy Help News. “It’s scary; it’s okay to be scared.”

She praised the APRN, saying, “If you do get the conviction to save your baby, there are people who will help you.”

Two years later, she noted, they continue to be a support system for her.

It was February 2016 when Padilla went to an Orlando, FL, abortion facility seeking an abortion.

Her marriage had ended, and after entering a subsequent relationship she got pregnant, but the relationship did not last.

With two young children at home, then ages four and eight, Padilla thought, “This is the absolute last thing I need right now.”

Her story illustrates how even women who disagree with abortion can feel that it’s their only option.

“I was never an abortion supporter,” she said. “I know that it’s wrong, but I felt justified because of my situation.”

“I truly thought I was doing the right thing,” Padilla added.

Padilla also said she wished she would have known about the possibility of saving her unborn child earlier, specifically on her way into the abortion center. As it is, she happened to find the network on the internet on her own.

Once in the abortion center examination room, Padilla asked to see the baby’s heartbeat on the monitor. The staff member attending to her was taken aback, telling her no one asks to see the heartbeat.

Gavin was around six weeks old in utero at this point.

Padilla said immediately after taking the first abortion pill her conviction for life came through, and she was hit with regret.

She ran from the facility for her car as fast as she could, crying, and tried to make herself throw up. She frantically called her mother in the parking lot.

Padilla then searched the internet with “abortion regret” and similar terms, having no knowledge at the time about abortion pill reversal.

She connected with a consultant at the Abortion Pill Rescue Network, and roughly 12 hours after she’d taken the first pill for a chemical abortion, she’d been evaluated at a Kissimmee, Fl., family practice office and began taking progesterone to counteract the abortion pill.

While in the doctor’s office she noticed pictures on the wall of babies he had saved through the abortion pill reversal protocol, telling Pregnancy Help News they made her happy.

This was a marked contrast from the abortion facility, which had visible filth on the floors, a lengthy row of pregnancy tests in progress lined up on the counter, and a somber mood prevalent among the many girls in the waiting area anticipating their results.

The doctor and his nurse prayed with her the first day she came in, she said, and at every visit afterward. She has maintained contact with the office, and even more so with her APRN consultant.

In the initial aftermath of undertaking the APR progesterone protocol, Padilla said she remained afraid, for her son, who’s heart rate was very low after her taking the abortion-inducing drug, and her with lingering doubts about how she would fare with another baby as a single mother.

READ: To date, Abortion Pill Reversal has helped save over 900 babies from abortion

Though she didn’t know how things would play out once that she decided to try to save Gavin, she held onto the hope and support she encountered at the pregnancy help center, and the support from her family.

“He’s supposed to be here,” Padilla said of Gavin.

Asked to describe her son, she replied, “He’s so funny.”

“He is perfect,” she continued. “He’s the cutest little boy. He loves his brother and sister.”

“I don’t know how my life would be if I didn’t have him,” she added.

“I feel like this is our purpose in our life,” said Padilla. “That’s just the way it was supposed to be.”

Regarding the question of what she will tell Gavin when he’s old enough to know the circumstances around his birth, Padilla said she has thought a lot of that.

“I’m pretty sure I’m going to tell him,” she said.

“I don’t think I should hide from him what happened,” said Padilla. “I think it’s important for him to know to know he’s extra special, and that when I realized I did something wrong I went through a lot to save him.”

“He really is a miracle baby,” she added.

Gavin’s second birthday party was scheduled to take place September 28 at a local park, where he and his loved ones were planning to have pizza and cake. His birthday invitation included a photo of Gavin at the beach all wet and exuding joy, having played in the water. When she spoke to Pregnancy Help News, Padilla said she hadn’t yet decided if his party will have a theme, but Gavin likes both music and trucks, so she thought she might do one of those.

Padilla remarried last year, and shares that her husband is wonderful as a father to the three kids.

She looks forward to raising awareness about the APRN.

“I hope some people can see that there are other options out there,” Padilla said.