Men, you have a right – indeed, a responsibility – to defend the weakest among us.

In May of 2010, during the proposal of a Florida bill requiring pregnant women to obtain an ultrasound before having an abortion, Democrat Representative Janet Long impudently instructed her male Republican opponents, 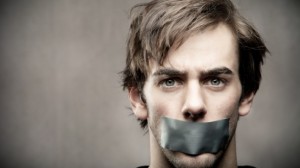 “Stand down if you don’t have ovaries.”

This statement accurately depicts the general attitude of pro-choice women towards men who voice their opinion in the abortion debate. Abortion has been clearly defined by the left as a women’s issue, rendering men’s opinions meaningless in the debate. Yet, to the chagrin of feminist women everywhere, many men on the opposite side of the debate are very vocal about their pro-life convictions. Why do these conflicting views regarding men’s role in the abortion debate exist? The reason centers on a crucial question: is the abortion debate an issue of women’s rights or an issue of morality?

For pro-choicers, the abortion debate is about women’s rights. And, because the feminist movement proudly asserts the self-sufficiency of women, they have no desire for men to assist them in their fight for “choice.” Men, they want to fight this battle alone.

For pro-lifers, the abortion debate is an issue of morality. It’s about the life – or death – of an innocent human being. Therefore, we believe that men carry an equal responsibility to protect the unborn children of America. Men, we want you to join the fight.

Although some people might protest that feminists welcome pro-choice men into their movement (while simultaneously discrediting any pro-life man who dares speak his mind), I would argue that the nature of feminism by necessity excludes males. Let’s turn to pro-feminist men’s website XY to prove my point. Subtitled “Men, Masculinities, and Gender Politics,” this website is intended “to advance feminist goals of gender equality … [and] to encourage men to involve themselves in personal and social change towards gender equality.”

What role do men play specifically in the issue of abortion? XY blogger Bill Patrick bluntly answers this question:

No matter what we men feel about abortion, our voices on the issue of women’s reproductive choice should sound a lot like this:

And there you have it, from the mouth of a pro-feminist men’s organization. Pro-choice men have one responsibility in the debate over abortion: to remain silent.

When the anti-choice side pulls energy from both men and women who are eager to halt sexual liberation and control female bodies, and pro-choicers can only look to women, we’re already running at half capacity.

While the feminists attempt to resolve the conundrum that results from insisting that women can carry the pro-choice movement alone while being forced to acknowledge that this automatically reduces their numbers, pro-life men need to join our ranks and raise their voices in support of life.

Men, I know the pro-life issue can be an uncomfortable matter to be outspoken about. Feminists will claim that the abortion debate is about a woman’s body and her “personal choice,” and therefore you have no say in the matter. You will most likely encounter raging feminists who are infuriated at your audacity to take a stance on the abortion issue and will spew hostile charges to weaken your resolve and silence your voice. While these spiteful statements can feel intimidating, the light of reason reveals them to be little more than hollow threats. Let’s give you men a boost of confidence and examine one of these irrational accusations now.

While attacking Republican men for vocally joining the national debate over birth control, pro-choice journalist Daniella Gibbs Leger writes, “The last time I checked, men cannot give birth… they don’t get to speak with absolute authority about something they never personally experience.”

While the average pro-choice woman would emphatically affirm this statement, a closer examination proves it to be nothing short of absurdity. I am quite sure that Ms. Leger opposes murder. (Although she apparently finds murder in the womb acceptable, but I will resist going down that trail.) Yet I am equally sure Ms. Leger has not personally experienced murder, as she is alive enough to spew senseless accusations against Republican males. By her own logic, then, Ms. Leger has no right to authoritatively speak against murder, because of her obvious lack of personal experience in the area. 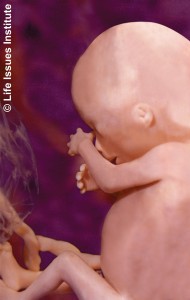 Ms. Leger also conveniently estranged every woman in the pro-choice movement who hasn’t been pregnant with this statement. You believe in “choice,” but haven’t been pregnant? Well, your opinion has been officially discredited. Thankfully, the rest of the world does not operate on Ms. Leger’s absurd criterion for credibility.

Men, I know it’s not easy to be an outspoken pro-life male in our society. The response you receive from feminists is far more hostile than the response we pro-life women receive. Our culture screams at you to stay outof the abortion debate; pro-choice feminists insist you have no right to an opinion because abortion is about a woman’s choice. But you know better. You know that abortion is about a vulnerable child hidden inside a womb. You know that abortion is about the shedding of innocent blood. And you know that you have a right – a responsibility – to defend the weakest among us. Be bold. Be courageous. Be men. Defend the innocent children of America.