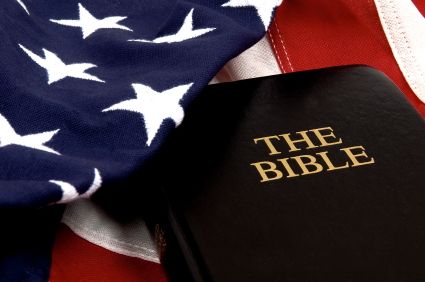 In the lexicon of contemporary politics, abortion is defined as a “social issue.” While technically a social issue can be anything that affects our society or culture, “social issue” is most commonly used as shorthand for issues perceived as religious or moral in nature.

This formulation is popular among the right to life’s enemies on both ends of the political spectrum, because they find it useful for belittling the cause’s importance and disqualifying it from consideration on dubious church-state grounds. On one side, liberals condemn pro-lifers as attempting to impose their subjective religious values on the country; on the other, libertarians and moderate Republicans declare us a distraction from their single-minded focus on economics and budgets.

While the abortion debate certainly has a religious and moral aspect, to define it solely as such does it a great disservice. In fact, in a number of ways, the very label “social issue” is an oversimplification that only muddies the rhetorical waters.

For one thing, this country has no blanket prohibition on “morality” in politics. While most of us agree there are various aspects of morality – our kindness, our speech, our religious practices, our (adult, consensual) sexual habits, etc. – that are none of the law’s business, basically every public policy issue ultimately boils down to someone’s moral suppositions versus someone else’s.

And those who most confidently deem the right to “choose” an inviolable personal matter are consistently the least shy about imposing their morality on the rest of the country in every other area they can think of, from how much of your money you should be able to keep to what uses it has be put toward to what agreements you can make with your employees to how environmentally conscious your homes and vehicles must be. Say what you want about the merits of liberal economic, labor, welfare, health care, and environmental policies, but don’t deny that they involve making people adhere to someone else’s idea of how to be a moral and compassionate person.

In response, liberals will defend their impositions because they regulate decisions impacting other people. And while the nature and extent of that impact is debatable, that’s basically true. But it’s also giving away the game for a very simple reason: abortion impacts other people, too. It’s not personal. If taxing the wealthy to (theoretically) make the poor’s lives better and compelling an employer to provide birth control coverage to make an employee’s lifestyle less costly are acceptable infringements in the name of all that’s decent and enlightened, then forbidding abortion to keep a baby from dying cannot possibly be off-limits on the same grounds.

For libertarians, it’s not enough for an action to have an arguable impact on another; it must have a certain kind of impact – violating his or her rights to life, liberty, or property – to warrant government intrusion. As a conservative, I agree with this in theory. But because anti-life libertarians are wrong about unborn babies being people with rights of their own, they fail to categorize abortion where it belongs, alongside murder, rape, assault, and theft – violations of the individual that nobody but an anarchist would oppose criminalizing.

As Gerard V. Bradley explains at the Public Discourse, protecting the unborn is inseparable from the very nature of just government:

Abortion is the great civil rights issue of our time because it raises—uniquely and compellingly—every society’s foundational question about law and justice: Who is the law for? For whose benefit do we plan, build, and apply this vast apparatus we call the “rule of law”?

Jurists as far back as Justinian in the sixth century correctly saw that law is for persons, not the other way around. Persons are the point of law; law is their servant.

Persons are not entities identified through policy analysis. They are not the sums of interests balanced, the deliverables of a vast progressive agenda. The older jurists saw, too, that the question of “personhood” could not be an intra-systemic riddle, solved by a feat of technical legal reasoning, and answered with a legal fiction.

Being prior to law and indispensable to justice, the foundational question must be answered according to the truth: Everyone who really is a person counts in law as one.

By the label’s popular usage, at least, “social issue” simply doesn’t fit the right to life. It is much better understood as a liberty issue, a human rights issue, an equality issue, and even an individualism issue. As pro-lifers search for new ways to advance the debate, we must redouble our efforts to make that clear.