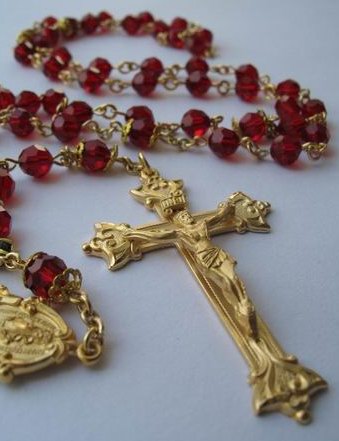 We need to make all our reasons for defending the unborn equally visible. 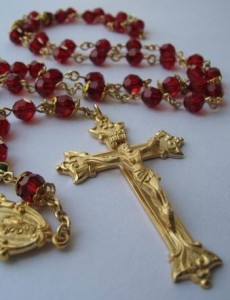 Last week, I participated in one of my town’s 40 Days for Life demonstrations. Throughout the day, pro-lifers joined together in front of our local Planned Parenthood to call attention to what really goes on inside and pray for its past, present, and future victims.

What I saw was uneventful – we received neither thumbs-up nor other digits from passing motorists, and nobody came to or left the building while I was there, though nationwide, the campaign says so far, 112 babies have been saved this year. Our protest was peaceful, marked by non-violent signs and quiet prayer of the Rosary.

It should come as no surprise that prayer is so prominent in the pro-life movement; after all, “firm reliance on the protection of divine Providence” has played a key role in all of our country’s great moral struggles, from the American Revolution to the abolitionist movement to the civil rights movement, because people recognize that some fights are just too big to handle without friends in high places. The 40 Days Campaign says it’s “firmly rooted on a foundation of prayer and fasting” and calls on participants to “help maintain focus on the Lord and stay in tune with His guidance.”

However, sometimes I can’t help but wonder if the prominence of Catholic symbolism and ritual like the Rosary in pro-life activism leaves counterproductive implications in the minds of those we’ve yet to win over.

There’s a perception in our culture, actively fostered by our enemies in the political and media arenas, that opposing abortion is merely a matter of Catholic theology and piety, perhaps binding to those seeking good standing in their church’s eyes but of little consequence to people of other religious beliefs. Yes, much of this perception is due to the incessant drumbeat of dishonest talking points beyond our control, but it’s there just the same, and when misinformed people see pro-life protests consisting predominantly of Hail Marys and sometimes-inapplicable Bible quotes, it’s not hard to see how that perception can get reinforced.

The effect is that the nature of abortion and the case against it get muddied in the minds of people who rightly revere the Constitution’s injunction against establishing religion – if it’s just a Catholic thing, it’s illegal to pass laws about it, right? I don’t like it, but I can’t impose religious beliefs on people – hence a big slice of the “personally opposed” mindset.

This is one of the most potent roadblocks to our winning the debate, a severe misunderstanding that pro-lifers must be particularly vigilant against. Those we seek to protect are alive and human not because any religious text says so, but because the empirical evidence does, and the idea that human beings have a moral worth and dignity deserving our respect transcends any single theology and is embedded in our nation’s founding document and its underlying philosophy.

The pro-life movement doesn’t belong to any one faith, but to those of every background who hear the call to protect the innocent, and we owe it to both our fellow Americans and the unborn children at stake to make that perfectly clear. That’s not to say we forget Catholics’ valuable contributions to the right to life or do away with the religious aspects of pro-life activism – just that we take care to make all our reasons for defending the unborn equally visible.