When you think of corrupt politicians, many names possibly come to mind. So many seem to be mired in scandal after scandal. But who among them is “the worst,” do you suppose? And to whom did pro-abortion NARAL Pro-Choice America award the title of “the worst Democrat”?

Could “the worst” be Rep. Jesse Jackson, Jr. (D-Ill.), who, according to the Chicago Sun-Times, “pleaded guilty in 2013 to looting $750,000 from campaign funds that they used for lavish and mundane personal expenses,” with “Jackson plead[ing] guilty to conspiracy to commit false statements and mail and wire fraud”? He went to prison for this crime for nearly two years, and Jackson’s wife filed a fraudulent income tax return, which earned her a prison sentence as well. So, is Jackson “the worst Democrat”? Nope, not according to NARAL.

Could “the worst” be Rep. Anthony Weiner (D-N.Y.), who, according to the Washington Post, “admitted… in federal court to sending sexual material to a 15-year-old girl,” for which he was sentenced to 21 months in jail? According to the Post, Weiner “started communicating with the teen in January 2016 through online text and video chat applications, sending her sexually explicit images and asking her to engage in sexual conduct.” He will have to register as a sex offender and was sentenced to 21 months in federal prison for his crime. Is Weiner “the worst Democrat,” according to NARAL? Again, no.

Could “the worst” be Rep. Corinne Brown (D-Fla.), who, according to the New York Times, “collected more than $833,000 in charitable donations, telling benefactors that their money would help students pay for college and allow schools to receive computers,” but instead paid for things like “a Florida golf tournament, professional football games and a luxury stadium box for a Beyoncé concert”? Brown was sentenced to five years in prison for her crime. But, according to NARAL, Brown is not “the worst Democrat.”

Could “the worst” be former President Bill Clinton, who disgraced the Office of the Presidency by having a tryst with an intern in the Oval Office and then lied about it under oath (not to mention other accusations of sexual misconduct)? Clinton was impeached by Congress, according to the Wall Street Journal, “on two charges: perjury and obstruction of justice.” But is he “the worst Democrat,” according to NARAL? No. 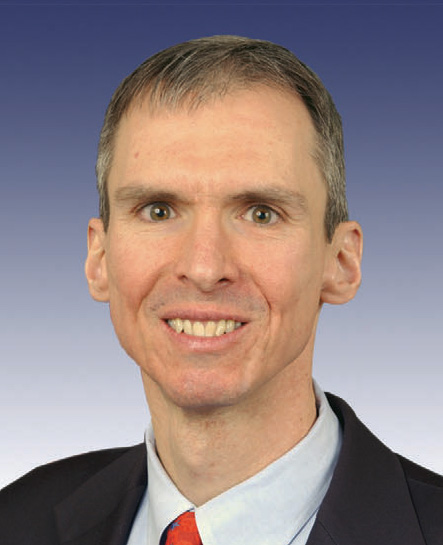 The title of “the worst Democrat” goes to Rep. Dan Lipinksi (D-Ill.). According to a recent email from NARAL Pro-Choice America, Lipinski is “The worst Democrat. Period.” So what is his crime? According to NARAL, “Rep. Lipinski has been an enemy of reproductive freedom for years… and has voted to defund Planned Parenthood, to ban abortion after 20 weeks, and against the Affordable Care Act.”

Yes, you read that correctly. Because Lipinski has attempted to offer some sort of protections for preborn human beings — those who can feel pain and even those who may be able to survive outside the womb — he is “the worst Democrat” that NARAL has ever seen. This is what Lipinksi refuses to support — “procedures” like this one, which dismember children in utero limb from limb when they are between 13 and 24 weeks gestation, and even after, when a different method is often used:

What’s really “the worst” is the fact that thousands of preborn children are killed every day in the United States, and most people simply go about their daily lives, seemingly ignorant that this is happening in their own neighborhoods. And NARAL, for its part, tries to make sure that not only does this continue to happen, but also that all restrictions on the killing are completely removed — no protections whatsoever for preborn human lives, at any time during pregnancy, despite the fact that most Americans oppose this idea. It is truly telling that attempting to save the lives of women and children from this brutal act is what NARAL deems “the worst.”

While NARAL considers the GOP to be “ideologically extreme,” NARAL seems willing to overlook all sorts of actual crimes as long as those politicians willingly support the pro-abortion agenda, seeking to defeat any Democrat who veers from the Democratic Party’s hard-core platform of support for abortion — which even some Democrats have spoken out against.

Nothing seems more extreme — or worse — than that.