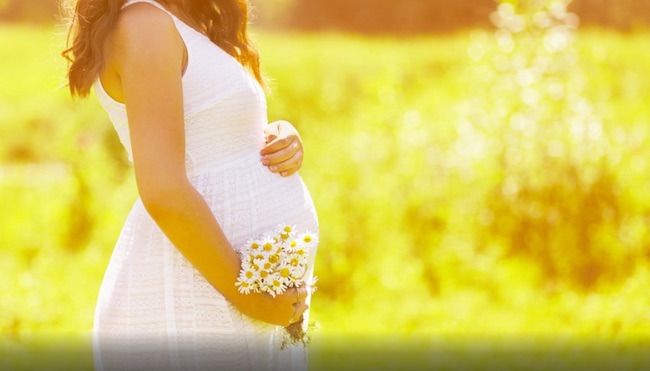 Though Planned Parenthood and other abortion facilities claim to support women’s choices, they generally don’t help women who choose against abortion. Pregnancy resource centers, in contrast, actively help women with alternatives to abortion.

Some of the services offered by pregnancy centers include free sonograms, help finding affordable medical care, counseling and emotional support, maternity clothes, help with housing, diapers, baby items, adoption referrals and sometimes even job training and parenting classes. Pregnancy centers are free, unlike abortion facilities, which charge for their “services.” While they often encourage undecided women to choose life instead of abortions, they also are an excellent resource for women who do not intend to have abortions but need practical help.

Abortion facilities don’t offer the services pregnancy centers do. And when women decide against abortion (despite the aggressive “sales pitch” they often get from abortion workers) abortion facilities very seldom offer help with alternatives.

Many pregnancy centers are located near abortion facilities, and it would seem logical that so-called “pro-choice” abortion workers would send women to those centers if they don’t want abortions — but they don’t, even when the woman wants her baby and clearly needs help.

Planned Parenthood [had the] practice of never referring clients to crisis pregnancy centers, even if the woman had no interest in abortion. Dana, with Planned Parenthood in St. Louis, heard this message loud and clear. She worked in administration for four months and soon realized the “Resources” notebook was woefully out of date. When people called asking for help when they planned to keep their babies, Dana referred them to the Thrive Women’s Clinic across the street. When her boss heard her one day, she got “chewed out.” We don’t do that here,” she was told. (1)

And Then There Were None also shared the story of abortion worker “Ellen”:

“Ellen” recalled her time working at Planned Parenthood. Like many others, she felt uncomfortable with her job there, but it paid the bills and offered the benefits she needed. She was hired on as a patient educator and was reprimanded for quietly giving patients information on adoption services and resource centers in the counseling rooms, because she was not pushing the sale of abortion onto women who weren’t sure what they were going to do.

Former Planned Parenthood worker Catherine Adair said that the only “counseling” women received was done after the woman had already paid for the abortion. She says:

We went over her health questionnaire she ﬁlled out in the waiting room, I took her blood pressure and pulse, described the abortion procedure, and made sure she chose a birth control method to use when she left the clinic. I never once asked what had led the woman to choose abortion – the attitude was that she was already there so she must be sure. We did have to ask her if she was aware she could continue her pregnancy and give the baby up for adoption, but we didn’t get into any options counseling.

While Adair did ask women if they were considering adoption (in obedience of the informed consent law in place at the time), the question was asked offhandedly and only after the woman had paid for the abortion.

So Planned Parenthood did not present a woman with options, nor did they send women elsewhere for help if they wanted to continue the pregnancy.

Some abortion workers never referred women to pro-life pregnancy centers, perhaps because of rumors and lies workers told among themselves about how awful pro-lifers were. Jewels Green, who worked in a non-Planned Parenthood abortion facility, describes the things fellow workers told her about pro-lifers:

I was told that pro-lifers cared nothing about women or families or children—only babies, and only unborn babies at that. I was told story after story about how this pro-life group or that crisis pregnancy center lied to women to “trick” them into staying pregnant and then would abandon them…. The most vivid (tall) tale I remember was of some unnamed group who extended financial assistance, prenatal care, and even drove a young mother to the hospital while she was in labor only to drop off a box of diapers the next day and refuse to return her calls after that….This is pro-abortion propaganda.

Since coming over to the side of life, I have been thrilled to confirm that these stories are baseless lies… the pro-abortion side continues to propagate these blatant untruths in spite of real evidence to the contrary…..

79% said yes to the question “Would you be willing to work with pro-choice activists to alleviate [pregnant women’s] problems, if beliefs about abortion were not raised as an issue? (3)

For example, here are some reviews for First Resort, a crisis pregnancy center in San Francisco, California. The reviews appeared on YELP:

When I went in I was a college student who found herself in the middle of an unplanned pregnancy and was all alone…. First resort has a warm staff and is a comfortable place to air your feelings and thoughts, even if you are very confused. Now, almost four years later I am still in contact with them and they always try to assist me the best they can with education and resources…. They reassured me and helped me get my ideas straight when I felt I had nowhere else to turn…. They are unbiased ….They are supportive and try to provide you with as many resources and educational tools as possible within their reach. I am truly grateful for all the support and resources they have provided me and would recommend their services to any of my friends who found themselves in the same/similar situation….

My experience with First Resort has been nothing but positive. They helped me through a very emotional time where I felt I had no one else to turn to. They were only there to listen to me, and provide resources that I was able to use when I thought there was no help to be found. I never felt pressured or swayed in any way to follow any guidelines they may or may not support. Very thankful there are people out there, strangers in this case, that have genuine concern for people like you and me.

This pregnancy was unexpected, and I was definitely not prepared. I didn’t have a doctor in the Bay area so my first stop was First Resort in downtown SF. I walked in scared and although I had the full support of my partner, I felt alone. Going through this for the first time, it was so important for me to have someone to talk to, and the counselors at FR really helped me relax and realize I can do this! After finding an OB, and realizing how little time she has for me, it means the world to me that I was able to get all my questions answered at FR.

Throughout my pregnancy the counselors at FR have continued to keep in touch with me, just to check in and/or offer their services. It really makes me feel like I have a support network which is there for me no matter what I need.

One woman on YELP wrote about the differences between First Resort and Planned Parenthood:

I believe that First Resort does present options…yes options. I don’t remember Planned Parenthood as presenting any options, but abortions…

I wish there had been a First Resort when I was a teenager. I was pregnant and confused. When I went to Planned Parenthood, I was not counseled, I was herded in like cattle and asked about when I wanted an abortion. I felt sad and abandoned. The thought has never left me about what could have been. I applaud First Resort for counseling women and presenting all options.

Planned Parenthood and other abortion facilities promote abortion, and do not offer women support if they choose adoption or parenting. They do not help women with options, other than abortion, or send women to places where they can get help. It is pregnancy centers, not abortion facilities, that go the extra mile to help women who reject abortion.