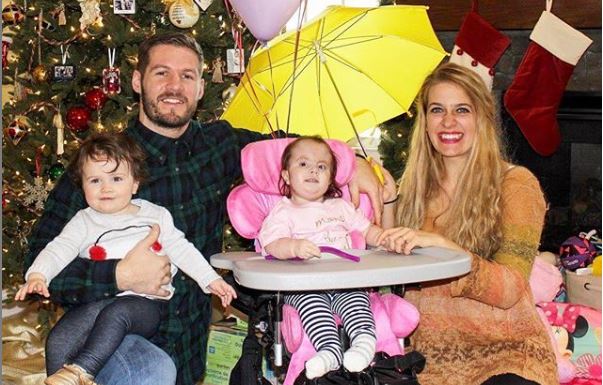 When Hannah Sudlow’s preborn child was diagnosed with Trisomy 18, her doctor’s office scheduled an abortion without speaking with her first. After she refused the abortion, the practice dropped her. For the next few weeks of her pregnancy, no doctor would see her, all because she chose life.

Compelled to share her story after New York passed a law allowing abortion for “health” reasons (even emotional or familial) through the entire pregnancy, Sudlow told Live Action News that from the moment the ultrasound technician said, “That’s one strong heart in there,” she knew she would do anything to protect her child.

At 20 weeks along, she was given that opportunity when at her 20-week anatomy ultrasound appointment, she and her husband learned something was wrong with the baby. Hannah was rushed to maternal-fetal health, and after three hours of ultrasounds, the doctor turned to the couple and said matter-of-factly, “Do you have any idea what’s going on?” Sudlow replied that no, she didn’t.

So enamored with this little angel. You are our dream come true, Evelyn Grace! God has done a beautiful work, that our souls know very well. #prayersforEvelyn #trisomy18 #miraclebaby #compatiblewithlife 👶🏻💕❤️🎀

“He said, ‘Basically everything is wrong with this child. She has cysts on her brain. She is four weeks behind on her growth. She has intrauterine growth restriction, a hypo-plastic left ventricle, a single ventricle heart. She is missing half her heart. She has a cleft palate, clenched fists, and oh, by the way, two clubbed feet. Oh and by the way, it’s a girl,'” Sudlow explained.

An amniocentesis was performed and the results came back that the baby girl, named Evelyn, had Down syndrome. Doctors said that if Sudlow and her husband were going to keep Evelyn, they needed to see a cardiologist and have a plan in place.

The cardiologist confirmed that Evelyn had a double outlet right ventricle and no left ventricle. There was no left side to her heart at all and he seemed confused because what he was seeing fell in line with Trisomy 18, not Down syndrome. Still, he said the surgery Evelyn would need would be complicated, but doable. That was until the lab director realized that they had mixed up Evelyn’s test with someone else’s. Evelyn didn’t have Down syndrome. She had Trisomy 18.

When a doctor from Maternal Fetal Health called to tell Sudlow of the error, he told her that Trisomy 18 is considered incompatible with life. Then he said he had spoken with a doctor at her OB/GYN office and that doctor had informed him that Sudlow would be terminating the pregnancy and that he had already scheduled the abortion appointment. Sudlow was shocked and said she did not want an abortion. The doctor didn’t agree.

“He said, ‘You can’t keep her. I don’t think you know how serious this is,'” said Sudlow.

Obviously upset, she called the doctor who had scheduled the abortion – a doctor she had never met – and told him she wasn’t doing it. As she sobbed on the phone, he told her to save her energy for the child she was carrying – the child he had scheduled an abortion for without consent. After she refused the abortion again, the office she had been going to for her entire pregnancy refused to provide her with prenatal care.

“The driving force behind my pregnancy was that I did not start Evelyn’s heartbeat and I did not have the authority to decide when it stopped,” said Sudlow. “She was ALWAYS safest inside my womb, and I had to protect her.”

Sudlow searched for a doctor to care for her and her baby and finally found one. However, it was the main center for high-risk pregnancies and they would only take her on as a patient if she made it to 25 weeks. Sudlow agreed and waited. Then came the good news.

At 30 weeks, the cysts on Evelyn’s brain went away. At 32 weeks, one of her feet straightened out. That same week, Evelyn went into heart failure and doctors said she would die at any moment. But by week 37, her heart began to work again and she began to kick and grow again. At 37 weeks, her hands opened. Doctors discussed with Sudlow and her husband the kind of care they wanted Evelyn to receive at birth.

“I knew she needed a chance,” said Sudlow. “I made it very clear that she was not to be a DNR. She was to have full intervention.”

Happy 10 Months to my beautiful princess, inspiration, and daily sunshine. You make the world a better place, Evelyn Grace 💞 You are our daily reminder of grace and miracles and God’s good gifts. You leave a mark on everyone’s heart you come in contact with, and you amaze us each day. We love you!! And just like all of our other special chromosomal friends #LIFEisbetterwithyou and better with you in it 💞💞❤️

Baby Evelyn was born safely at 39 weeks. Eight doctors were there and despite what they had predicted, she didn’t die. She also no longer had a cleft palate. Evelyn was taken immediately for oxygen and spent three weeks in the hospital. Despite the proof that she was a fighter, the outlook was still grim. The surgery that had been discussed when doctors thought Evelyn had Down syndrome was no longer an option because she had Trisomy 18. Doctors sent Evelyn home still believing she would die — and therefore treating her differently.

By the time she was two months old, Evelyn’s heart began to cut off her oxygen supply and her liver was failing. The cardiologist said there was nothing they could do, and they placed her on hospice. It was Christmas, but shortly after New Year’s, the family met with the one cardiologist at the office that had never treated Evelyn before. She shocked the new parents when she told them that there was something that could be done to fix Evelyn’s heart. The couple was hopeful, but when the doctor spoke to the cardiology surgical team, they turned down the surgery. They felt that the risk of Evelyn dying on the table or never being able to come off the breathing tube outweighed any chance of her living longer than two more weeks.

“Then we got a call the next morning that there is a doctor that is willing to do the surgery even though she may not make it,” said Sudlow. “The surgery took six hours. She came off the breathing tube six hours later. And she has been fine ever since.” 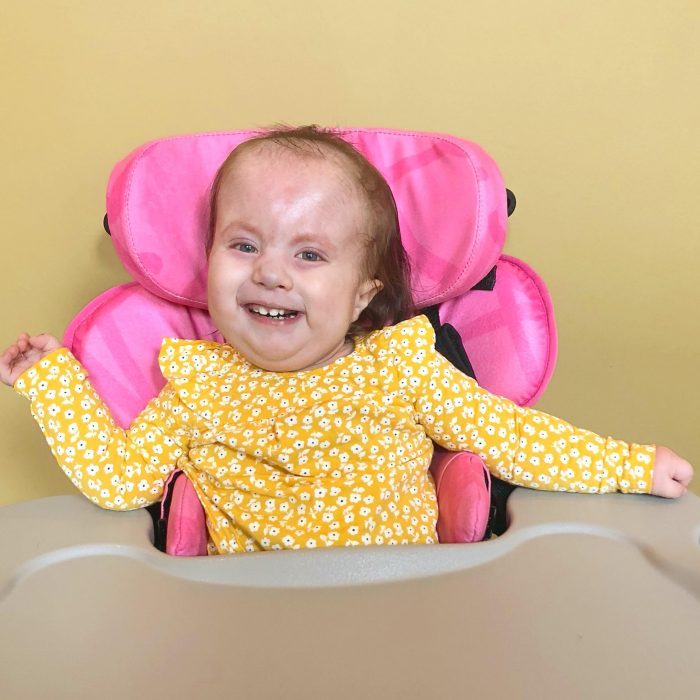 Thanks to doctors that were willing to try, Evelyn is now two years old and is a big sister to Esme, just 10 months younger than she is. Her heart is stable and though every few months she visits the hospital for oxygen support, she has no form of heart failure.

Sudlow wants every parent of a child with a health condition to know that Evelyn’s days may be numbered, but so are everyone’s.

The other day I had a mom that I’m friends with message me that seeing a picture of Evelyn outside helped get her out of a funk. She’s also a special needs mama to a little 8 month old. Ironically, as I was taking a walk with Evelyn & Esmé that morning, I stopped and thought how blessed I was to have gotten to this point. For really the first year and a half, Evelyn HATED her stroller. She hated going outside, she hated walks. I would laugh because the moment we’d get back in the garage she would be all smiles. Screaming until we got there. I stopped trying for a while, because of how defeated it would make me feel. All the things we “couldn’t do.” But that season too came and passed. Relatively speaking of course. There are still so many things that we have to decline, or say no to. Things we just know are not smart to go to because Evelyn will either get overstimulated, or we’d be putting her health at risk. But days like yesterday remind me of how far we’ve come. Seriously, I can hardly take Evelyn to a public place now without crying. Just due to the pure emotion of what it took to get to this point, something we take for granted. While in this season of growing Evelyn, I’d have my moments of sadness. Sometimes daily, but then I’d take one look at her face, and those emotions would completely change. She was worth it. All that we couldn’t do didn’t matter, Evelyn was worth it. If you’re in a hard season, hold on tight. Things will change. This too won’t last forever. Look into the eyes of your beloveds, & remember they’re worth it. Your hard work pays off, and you’re sewing something beautiful, even if you can’t yet see it ❤️❤️

“Only God is the holder of time. That is freedom to me,” she explained. “It frees me up to be Evelyn’s mom and enjoy her like I would any other child. I pray for wisdom with her health and God to open doors when something needs done, but knowing her life has its own purpose takes that weight off of my shoulders.”

“The moment we stop defending the weakest & most vulnerable in our society will be a complete tragedy,” wrote Sudlow on Facebook. “I will always share my story. I always stand in the gap. I will always choose life.”