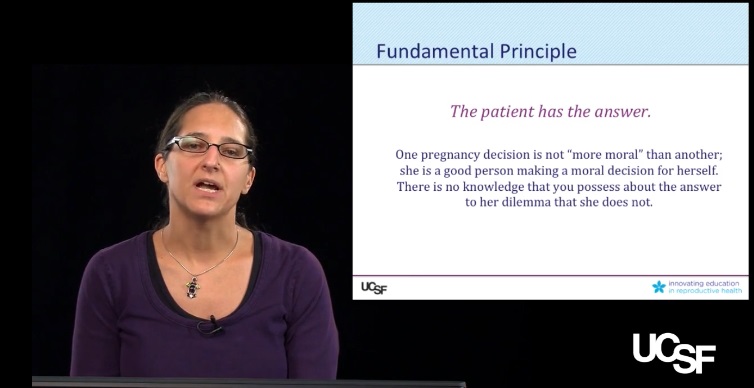 A video presented by abortion counselor Alissa Perrucci, Phd, MPH, who describes herself as “shepherding the counseling revolution,” presents as normal the idea that there is no moral distinction between parenting a child and ending a child’s life in an abortion. The video, “Decision Counseling for Positive Pregnancy Test Results,” was uploaded as part of training modules from Innovating Education, a project of the Bixby Center for Global Reproductive Health at the University of California San Francisco (UCSF). Bixby trains abortion providers though its Ryan Residency Training Program.

Perrucci is a Counseling and Administrative Manager at the Women’s Options Center, an abortion facility within San Francisco General Hospital. She admitted to All-Options, “Our clinic is the safety net clinic for Northern and Central California, accepting Medi-Cal as full payment to 24 weeks….”  In her book, Perrucci claims that being an abortion counselor brings her joy, “when women are walking toward the exit after their abortions….”

In the video, Perrucci states that in the decision between abortion and parenting, one “pregnancy decision is not more moral than another.” Of the woman contemplating her choices, which include abortion, Perrucci says, “She is a good person making a moral decision about herself,” adding, “The patient has the answer for her dilemma.”

Perrucci goes on to suggest that abortion counselors should give “accurate information.”

But, she adds, “In this context – in helping people make pregnancy decisions – I want you to suspend that assumption that you have the answer and let the patient find that for herself.”

She tells her audience that in pregnancy counseling, abortion counselors should “take a step back from professional mode.”

“In this context, when guiding people through pregnancy decision making, you actually don’t have the answer. Nor are you obligated to find it out for the patient. Remember that she has the answer.”

Perrucci offers two examples (seen below) when delivering the news of “a positive pregnancy test result” to a pregnant client. Calling it a “closed ended question,” Perrucci draws the attention of her audience to the statement on the left, pointing out that using the term “baby” isn’t a good idea…. 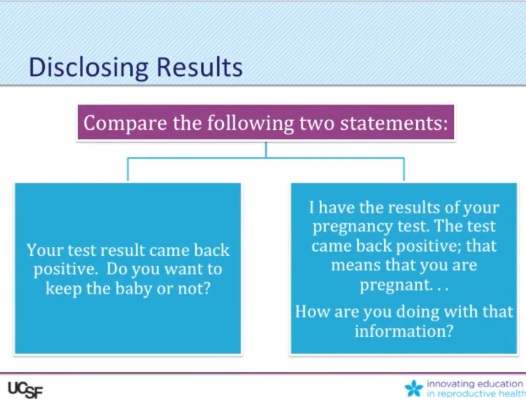 “…I want you to think a little more deeply about what it means to use the word keep and what that might imply in terms of the opposite.”

READ: Former Planned Parenthood worker: ‘We were told not to say baby’

When addressing the “Three pregnancy options: Abortion, Adoption, and Parenting,” the abortion counselor states, “We want to examine our language. So, we want to pay attention to – are we using the word – abortion? Or, are we finding different ways to say abortion?” 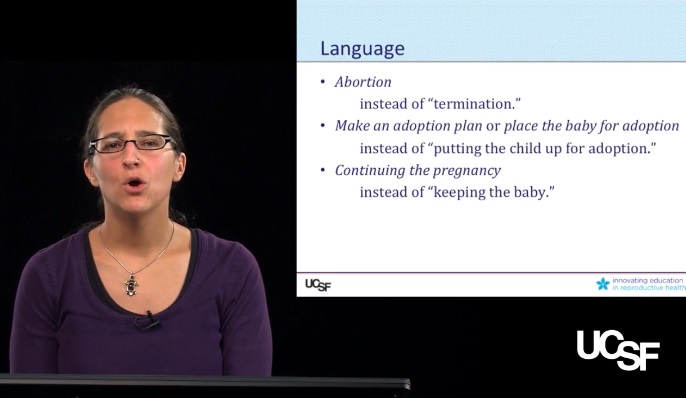 While Perrucci is concerned about “misinformation” surrounding abortion, her suggested description of abortion leaves much to be desired. She characterizes early abortion as “gentle suction” which “empties the uterus.”

Yet, at the same time, she says, “In your descriptions, it’s going to be really important that you define medical terms or any kind of terminology that the patient might not understand. So that you’re really ensuring comprehension.” 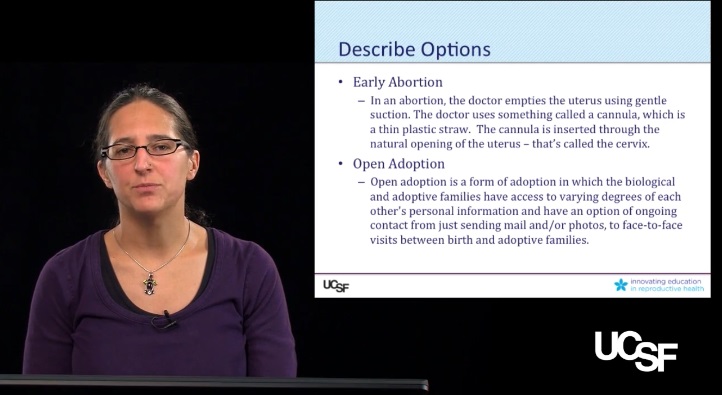