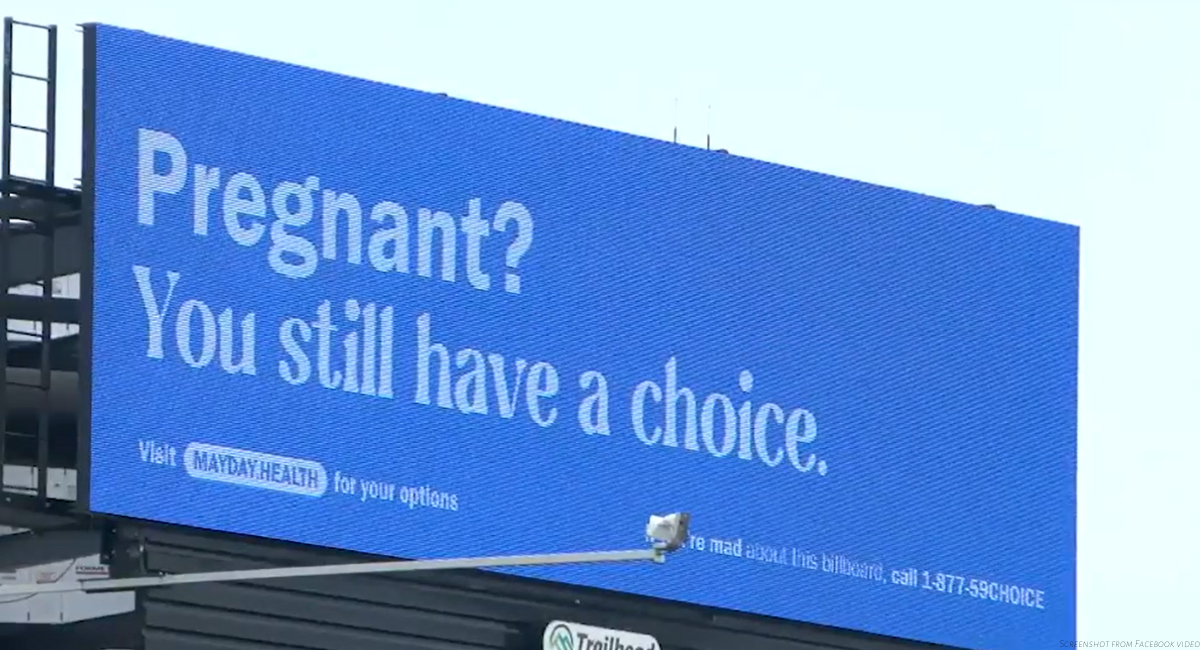 Abortion is currently restricted in Mississippi with limited exceptions. Those exceptions are for cases of rape, which must have been reported to the authorities, and to “save the life of the mother” (even though procedures intended to save a mother’s life which do not intentionally kill a preborn child are not actually abortions). These regulations apply to all abortions, including those involving use of the abortion pill.

But that’s not stopping a new non-profit called Mayday Health from erecting billboards promoting the abortion pill in the Jackson, Mississippi area. The billboards will feature messages like “Pregnant? You still have a choice.” They will direct viewers to Mayday Health’s website, which states: “Our mission is to share info about how to access safe abortion pills in any state.”

Olivia Raisner, co-founder of Mayday Health, said in a statement:

Abortion pills have been approved by the FDA for decades. They’re safe. They’re effective through the end of the first trimester. And hardly anyone knows about them. At Mayday, our goal is to change that — so everyone who gets pregnant knows that they can still make their own choices about their own bodies, even in states like Mississippi that seek to ban abortions.

But the majority — 54% — of abortions in 2020 were done via the abortion pill, contradicting the claim that “hardly anyone knows about them.” In addition, the safety of the abortion pill is in question, as approximately 6% of women who take it end up with complications serious enough to visit a hospital emergency room.

Mayday Health chose Jackson as the location for the billboards because it is the former site of Jackson Women’s Health Organization, the abortion facility at the center of the Dobbs decision, which overturned Roe v. Wade. Since that decision was handed down, the facility has closed in Mississippi, although it plans to relocate to Las Cruces, New Mexico.

It’s an absolute disgrace that Jackson Women’s Health Organization was shut down, but that will not be the final word. People will always make their own choices about what to do with their own bodies. And at Mayday, we want everyone to have the information they need to make the best decision for themselves, including in places like Jackson where abortion clinics have been forced to close.

Interestingly, Planned Parenthood in Montana has started requiring proof of state residency before dispensing the abortion pill. “[T]he abortion access landscape is rapidly changing across our region,” said Martha Fuller, president of Planned Parenthood Montana. “The risks around cross-state provision of services are currently less than clear, with the potential for both civil and criminal action for providing abortions in states with bans.”