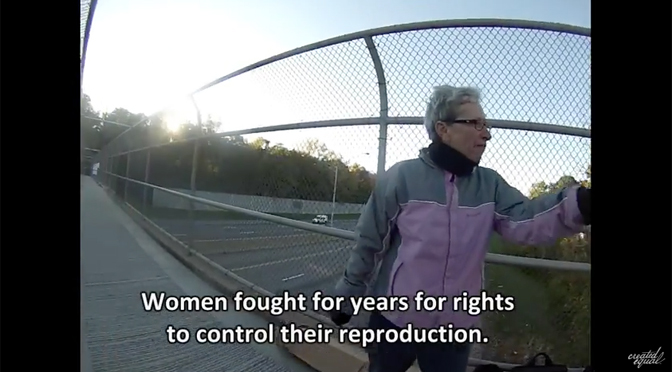 Created Equal brought the injustice of abortion to Americans with their Operation Overpass, with the idea that there is no such thing as the right to a pleasant, untroubled day when innocent human beings are routinely being butchered. That evidently enraged an abortion supporter, who attacked the display while the Created Equal team was still there. The abortion activist went on a tirade, claiming she was going to make a citizen’s arrest, ripping down banners, and insulting the Created Equal team. When a second person came on the scene, the altercation got physical, as the man began pushing one of the members of the Created Equal team:

Unfortunately for the abortion advocates, the police eventually arrived on the scene and informed them that the pro-life display was perfectly legal and they had no right to infringe upon their freedom of speech. The Created Equal team had coordinated in advance with the Ohio Department of Transportation and Columbus Police Department to make sure that they were complying with the law.