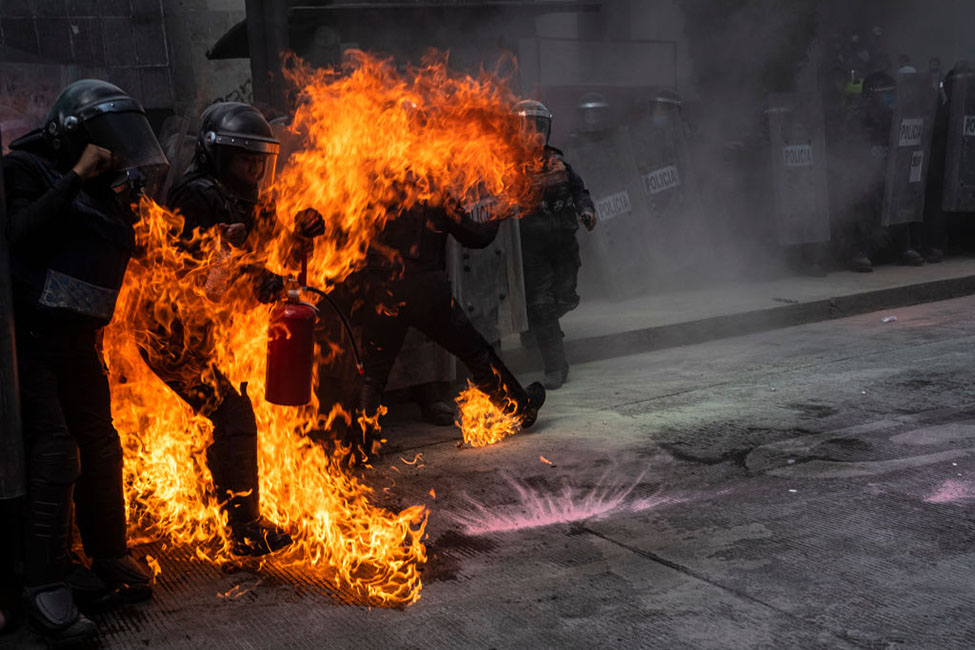 According to Reuters, “members of a feminist collective” clashed with police in Mexico City on Monday as they protested Mexico’s pro-life laws and demanded the legalization of abortion.

The women, who were wearing the green bandanas that abortion advocates in Latin American countries are known for, were protesting to mark “International Safe Abortion Day” on September 28. According to Reuters, the women “wielded hammers, and threw bottles and paint” as well as Molotov cocktails as they charged the police lines. One police officer was hit by a Molotov cocktail and became engulfed in flames. Other officers put out the fire with an extinguisher. There is no word on the condition of the officer. The police responded to the violence by dispensing tear gas. 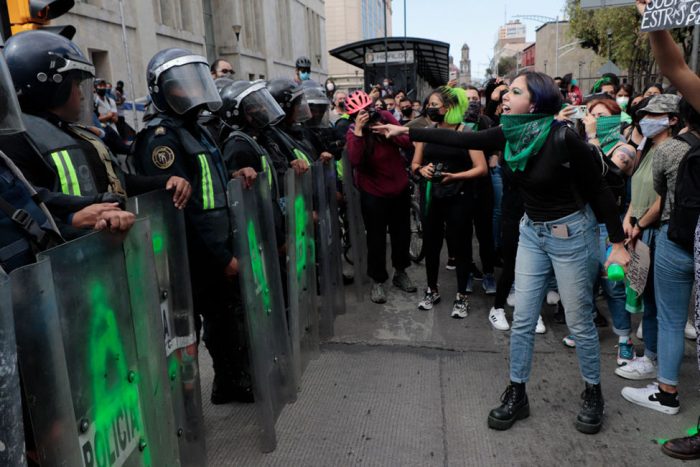 Women take part in a demonstration demanding the legalisation of abortion in the framework of the International Safe Abortion Day in Mexico City, Mexico, on September 28, 2020. (Photo by Gerardo Vieyra/NurPhoto via Getty Images)

This is not the first time abortion advocates in Mexico have acted with violence and destruction during a protest. In 2019, pro-abortion protestors attempted to burn down a government building along with the Mexico City Metropolitan Cathedral in the mostly Catholic country. Catholics stood in front of the cathedral doors to prevent the protestors from entering the church and causing more damage.

Abortion is mostly illegal throughout Mexico. It is currently legal in the capital of Mexico City and the southern state of Oaxaca, which only legalized abortion last year. In both locations, abortion is legal up to 12 weeks of pregnancy. Throughout the rest of the country, abortion is illegal except in certain cases, including rape. 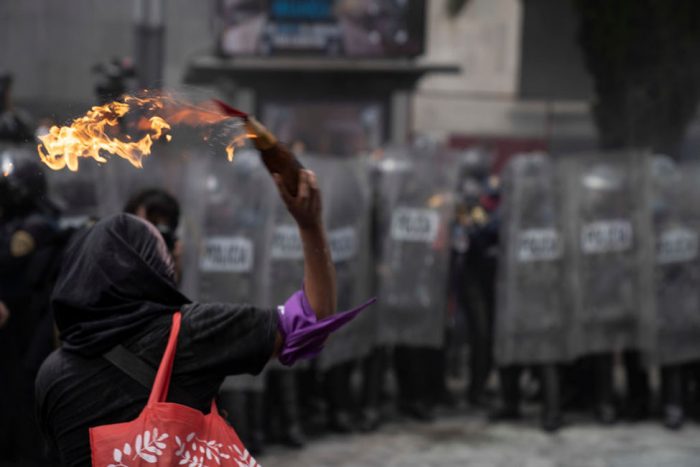 MEXICO CITY, MEXICO – SEPTEMBER 28: A protester throws a molotov cocktail at police officers during a demonstration in favor of the decriminalization of abortion on the International Safe Abortion Day on September 28, 2020 in Mexico City, Mexico. In Mexico, only two states allow legal abortions in women up to twelve weeks of pregnancy. (Photo by Toya Sarno Jordan/Getty Images)

In July 2020, Mexico’s Supreme Court dismissed a bill that sought to decriminalize abortion in the Mexican state of Veracruz, where there is no penalty if an abortion occurs within the first 12 weeks of pregnancy or if the abortion is because of prenatal diagnosis, the rape of the mother, or if the health of the mother is at risk. In reality, there is no justifiable reason to kill an innocent human being and abortion is never medically necessary.

By 12 weeks gestation, the preborn child is able to move her fingers and toes and organs such as her liver and kidneys are functioning. She will also react to being touched and her heart has been beating since 16-21 days after fertilization.