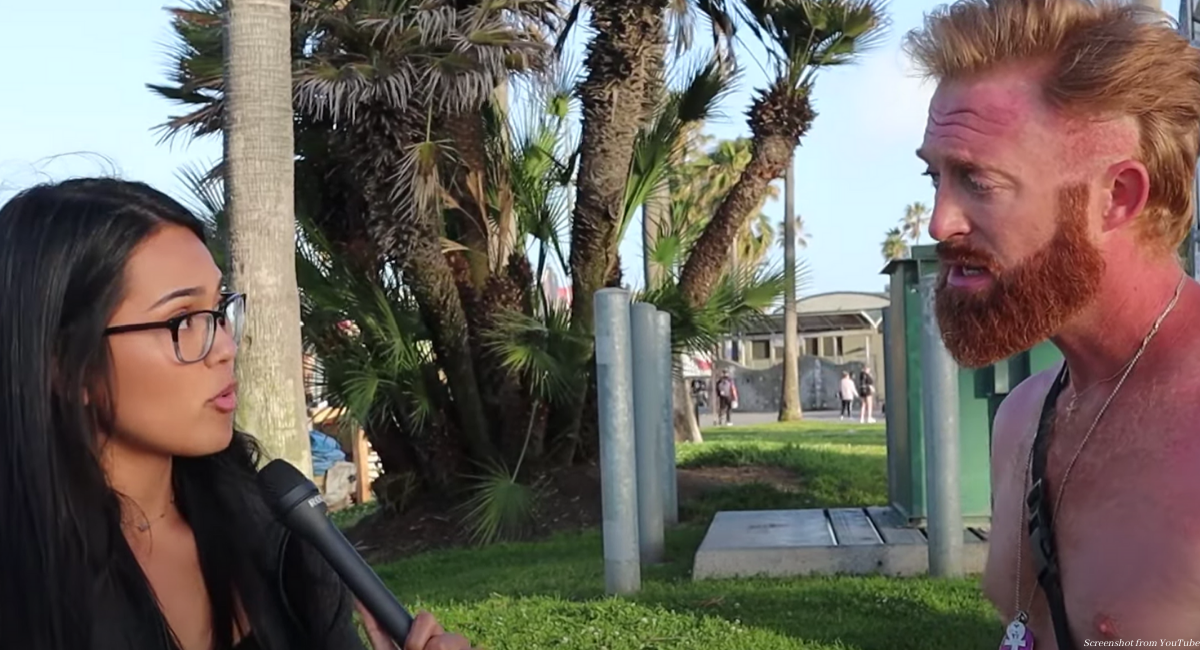 The battle over abortion has clearly left the country divided. Pro-life lawmakers have been passing laws to save lives, while pro-abortion lawmakers have been working to expand abortion as quickly as possible. In some cases, like in California and Maryland, this has even led to bills containing language that many legal experts believe allow loopholes for legal infanticide. It begs the question of just how far abortion activists are willing to go to protect the killing of preborn children — and judging by one video, the answer is disturbing.

Savanah Hernandez is a conservative content creator known for her man-on-the-street series, Sav Says. In a recent installment, Hernandez polled several people about their responses to California’s bill, AB 2223, which has been dubbed the ‘infanticide’ bill. Though so-called fact-checkers have denied that the would legalize infanticide, the fact remains that, as written, the bill shields women and anyone assisting them from prosecution for perinatal death — meaning the death of a child outside the womb, up to one month old (as defined by California state law).

While this would seem to be an offensive prospect, Hernandez’s video shows otherwise.

“So I prefer that most women make their decisions at eight weeks, but if — I’m also in support of 10 months out of the womb,” the first man told Hernandez. Visibly stunned, Hernandez responded, “So you think babies should be aborted 10 months after they’re born?” The man answered, “If, if the mother wants to, yes.”

READ: How legal abortion opened the door to pro-infanticide bills

Hernandez’s next interview was with two women who were quick with profanity. “I think… f*** them kids,” the first woman said, laughing. “So, if like, you wanna get a late-term abortion, like that’s up to you. You know, I’ve had an abortion too, and it’s — it was my choice, and I’m happy I had that choice.”

The second woman then chimed in. “If you’re talking about, like, post-birth… um, that’s not considered an abortion,” she said. “You could look up abortion in the dictionary.”

“Would it be considered murder at that point?” Hernandez interjected.

“Um, I mean, if somebody — if somebody were to, um, you know, abandon the child in a dumpster, they would be — and they were found, yes, they would be charged,” she said, as the first woman made a face. “There are actual cases of that happening. That’s child neglect. And, um, anyone who’s putting their child in harm’s way, like, I think there should be definitely, like, things put in place to make sure that children are safe.”

But this stance didn’t stop her from supporting killing children prior to birth. “Anything that is, you know, pre-birth, if it involves, uh, termination of a fetus, uh, that’s considered an abortion. I 100% support it,” she continued. “I’ve had an abortion myself, and I’m not a bad person because I made the choice that was right for me and now I have a life that I enjoy. And I wouldn’t take it back.”

Hernandez then asked the women if they would get an abortion again, to which both responded strongly.

The video then cuts to another pair of women, with Hernandez explaining that AB 2223 allows women to neglect an infant for seven days until he or she dies, and asked them what they thought. “Yeah… I mean, I think like, I – I agree,” the first woman said. “I think whatever, like, helps women, and helps them achieve their, like, dreams and however that needs to, like, happen is… definitely acts to help that is helping all of us.”

As shocking as these statements are, they are not to be unexpected. It is not unusual for abortion advocates to further advocate for infanticide, claiming that children are not really human beings until a certain point of development — and therefore, it’s acceptable to kill them.

Finnish bioethicist Joona Räsänen, for example, argued in a medical journal that parents have the “right” to kill their children post-birth. Two Australian bioethicists likewise caused international outrage when they proposed “after-birth abortion,” writing that “Merely being human is not in itself a reason for ascribing someone a right to life.” Notorious bioethicist Peter Singer has also argued in favor of infanticide, for babies with disabilities in particular.